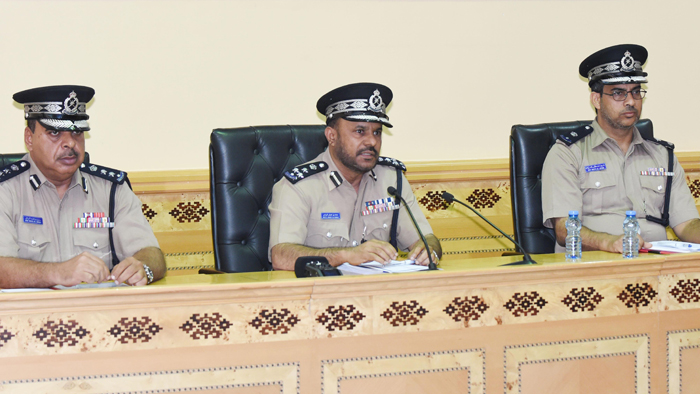 Muscat: Oman’s police force has gone on the offensive against unsafe driving with a host of strict new rules designed to make the Sultanate’s roads - and users - safer.
Seatbelts for all, car seats for children, and a new points system, which will see bad drivers blacklisted and forced back to driving school, are just a few of the measures announced to tackle the issue.
Expats need to renew their licences every two years, and fines have also been raised for various offences under the new rules, announced by the Royal Oman Police (ROP).
Also read: Expats to renew driving licence every two years
On the brighter side, Omani women will be allowed to operate taxis and trucks from March 1, in an effort to boost employment prospects for Omanis.
Read here: Women taxi, truck drivers in Oman soon
Brigadier Eng. Mohammed bin Awadh Al Rowas, Director General of Traffic, said: “Road safety is likely to take a sharp turn this year in the Sultanate as 52 new traffic laws and 13 new penalties have been put forward by the Royal Decree that will be activated from March 1, 2018.”
A traffic points system that has been closely monitoring safety on roads every two years has been revised and will now be implemented every year. “If you get more than 12 ‘black’ points in a year, your driving license will be confiscated by the authorities,” noted Brig. Mohammed Al Rowas.
“Previously, we would exercise it after two years but after extensive research on how to minimize any unwanted catastrophe, we limited it to one year,” he added.
Regarding women being allowed to drive taxis and other commercial vehicles, Brig. Al Rowas said, “There are no limitations or conditions on women driving taxis or any other commercial vehicles — as long as they can handle heavy vehicles. There never have been any restrictions on women driving in the Sultanate.”
Regarding the implementation of the laws, Brig. Al Rowas emphasised, “We are implementing the laws to keep people safe. The laws have been amended, keeping in mind the yearly statistics on road safety and to match the requirements of international laws in this matter.
“Starting from March 1, people seeking a driving licence will have to go through a simulated driving test at the Traffic Safety Institute before getting on the road for the test. Currently, there are eight new Traffic Safety Institutions being built. Permanent driving licences are only designated for Omanis and can be obtained by a driver with 15 years of experience. Driving taxis will not be considered experience,” he pointed out.
He added, “One should not have type 1 penalties in the last three years.”
On introducing temporary licences for beginners, he remarked, “The temporary licence was put in place because studies indicated that most accidents occur in the first years of issuing the licence, so countries follow the temporary driver’s licence system so that the driver feels like an observer and remains safe.”
Brig. Al Rowas stressed, “There is no change in the speed and phone usage fines. But if the driver repeats the offense of using a phone within 90 days, he will be detained with the vehicle.”
He added, “If a child under the age of four is found without a child-seat or is held by any of the passengers – including the mother - a fine of OMR10 and one black point will be levied.
“Policemen are everywhere to check traffic. Some countries have raised fines to reduce police presence on the streets. We have not lifted any fines because our main goal is to maintain the safety of the passengers and raise safety awareness. There has been a significant improvement in driver behaviour, and high-speed violations of first and second degrees have gone down too,” he stated.
New penalties proposed for violations
Parking in disabled place fine increased from OMR10 to OMR50
Driving slowly while causing traffic jam- up from OMR10 to OMR15
Parking in ambulance slot fine raised from OMR10 to OMR 35
Fine hiked for vehicles standing on the right side of road without any reasons from OMR10 to OMR15
Parking on the sidewalk – penalty hiked from OMR10 to OMR15
Overpass on the shoulder of the road – changed from OMR15 to OMR50
Heavy vehicles overtaking in non-designated areas fine up from OMR10 to OMR 50
Driving with a licence of another category – fine raised from OMR15 to OMR50
Driving with export or import plates after the expiry of the prescribed period - fine hiked from OMR10 to OMR35
Teaching driving sans a trainer licence will attract a fine of OMR35, up from OMR10
Installation of reflective panels in heavy vehicles - fine hiked from OMR10 to OMR15
Covering the face while driving fine changed from OMR15 to OMR50
Equipment installation to raise engine power and sound will now attract OMR50 fine