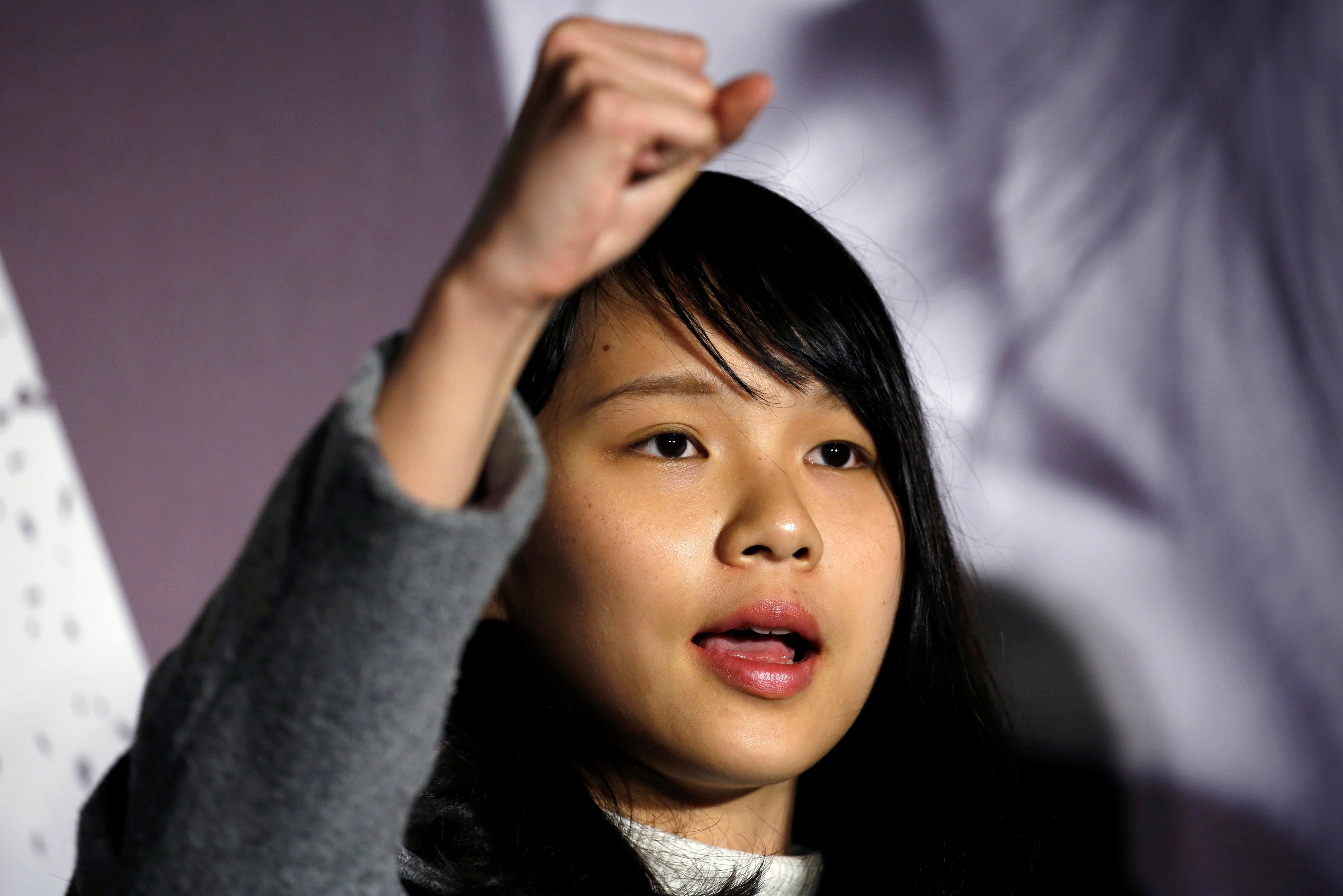 Hong Kong: A group of Hong Kong lawyers on Monday condemned a ban on a democracy activist by the territory's government to prevent her from contesting a by-election, describing it as the suppression of free expression and a curb on voting.
The weekend ban on Agnes Chow, a close ally of high-profile activist Joshua Wong, fuels wider fears of tightening political "red lines" by Beijing that could deny Hong Kong's restive young people any political outlet beyond street protest.
The 21-year-old Chow becomes the 13th politician barred from standing for office or disqualified from the legislature in recent years.
The group of 30 mostly liberal lawyers, including the current and former heads of the Bar Association, said they did not mean to endorse Chow's views, but wanted, instead, to protect candidates' freedoms.
"The decision has used political opinion or affiliation as a ground to deprive her of the right to stand for election - which is unreasonable, unlawful and unconstitutional," it said in a statement.
Chief Executive Carrie Lam took office last year, vowing to heal Hong Kong's political wounds, but her administration must also defend what Chinese President Xi Jinping has defined as "red lines" for the city: brooking no challenge to national sovereignty, security or the power of the central government.
The Asian financial hub has been governed under a "one country, two systems" formula since its return from British rule in 1997, allowing autonomy and freedom not enjoyed in mainland China, such as an independent judiciary and limited democracy.
Those freedoms, and Hong Kong's relationship with Beijing, are enshrined in the territory's mini-constitution known as the Basic Law that guarantees its capitalist way of life for 50 years.
The ban decision sparked anger among opposition leaders, who led a crowd of at least 2,000 people in protest against "political censorship" outside government headquarters on Sunday.
"You are shutting the gates to us running for office," said a visibly upset Wong, just a few days after he was released from prison on bail pending appeal. "We will open other gates to find a path for Hong Kong's democratic movement."
Cases before Chow's involved radical candidates actively demanding independence or legislators who delivered profanity-laden oaths of office, but her disqualification effectively thwarts her Demosisto party, seen as an emerging outlet for the city's young people.
In calling for "self-determination", Demosisto leaders say they are not advocating independence but instead demanding a referendum on Hong Kong's future after 2047, which would include independence among other options.