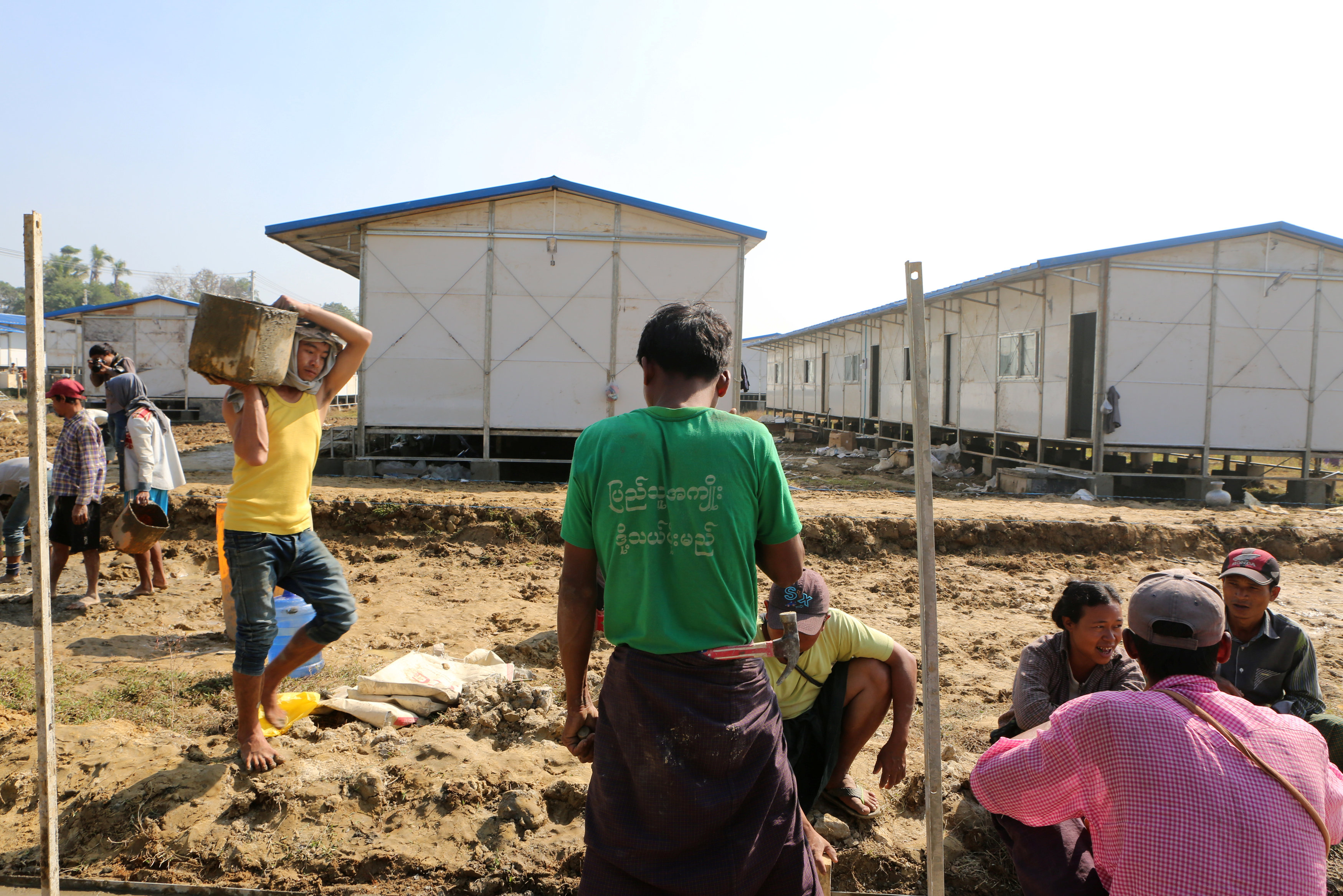 Geneva: More than 100,000 Rohingya refugees huddled in squalid, muddy camps in Bangladesh will be in grave danger from landslides when the mid-year monsoon season begins, a UN humanitarian report said.
There are now more than 900,000 Rohingyas in the Cox's Bazar area of Bangladesh, after 688,000 fled violence in Myanmar that flared up in late August. Aid workers say the camps sheltering the new arrivals are completely inadequate.
"Landslide and flood risk hazard mapping reveal that at least 100,000 people are in grave danger from these risks and require relocation to new areas or within the neighbourhoods that they live in," the UN report said.
"The lack of space remains the main challenge for the sector as sites are highly congested leading to extremely hard living conditions with no space for service provisions and facilities. In addition, congestion brings increased protections risks and favors disease outbreak such as the diphtheria outbreak currently escalating in most of the sites."
Although a rapid vaccination programme appears to have staved off the risk of cholera, 4,865 have confirmed, probable or suspected diphtheria, and 35 have died.
The World Health Organization has vaccinated over 500,000 Rohingyas against diphtheria and on Saturday health workers began giving 350,000 children a second dose. The WHO also has 2,500 doses of anti-toxin, which is in short supply globally, to treat the deadly effects of the disease.
But a new health concern has arisen - mumps. The UN report said there had been an increase in cases in the past few weeks, and Rohingya refugees and host communities had never been vaccinated against the highly contagious disease, which is rarely fatal but can cause complications such as meningitis.
Most of the Rohingya refugees - almost 585,000 - are in an overcrowded area called Kutupalong-Balukhali.
"A high percentage of the land is unsuitable for human settlement as risks of flooding and landslides are high and are further aggravated by the congestion and extensive terracing of the hills," the UN report said.
"The anticipated flooding and landslides in the upcoming monsoon season will make a bad situation much worse."
A recent engineering assessment said all roads in the camp would be inaccessible for trucks, and the World Food Programme is considering using porters to distribute food, minutes of a January 24 meeting of aid agencies involved in logistics said.
The Bangladeshi government allocated 2,000 acres (809 hectares) for a new camp in Ukhia, prompting an influx of people before anything was ready.
"Humanitarian partners are now building necessary infrastructure in challenging conditions, with extremely limited space," the U.N. report said.