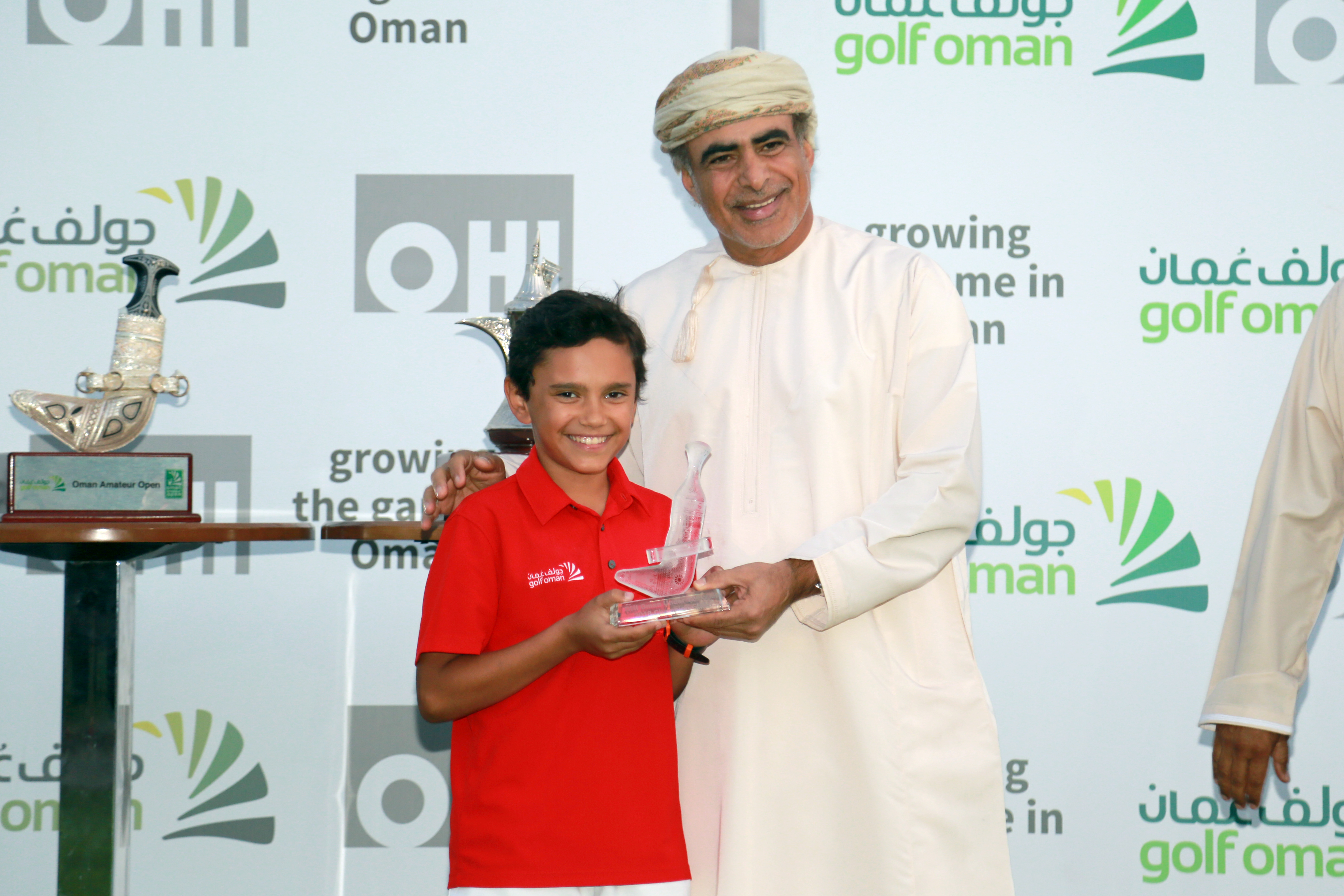 Muscat: After a thrilling three-way playoff, Bahrain’s Nasser Yacoob defended his title at the OHI Oman Amateur Open at the Ghala Golf Club during the weekend.
Yacoob was forced into a playoff with fellow Bahraini Sultan Abdulla and Max Burrow of Dubai Creek, after the trio finished with a joint score of 150.
With his drive landing just off the fairway, Yacoob chipped over the water on Ghala’s 18th and set himself up for a 2-putt finish to win the playoff. Max Burrow took the runner-up position on countback.
As the winner of the 2018 Oman Amateur Open, Yacoob also clinched a place in the NBO Oman Open – a European Tour event – when it makes its debut in February at Almouj Golf Club.
“I am very happy with the result,” said Yacoob Nasser.
“I’m excited to see the European Tour here in Oman, it feels very nice to qualify. It was a beautiful course with beautiful conditions today.”
The 2018 OHI Oman Amateur Open proved to be the weekend of quality golf and competition that it promised to be.
Casey keeps women's crown
**media[815269]**
Lynn Casey of Almouj Golf Club won the ladies title with an impressive 148, beating runner-up Jackie Franssen of Ghala Golf Club by a staggering 40 points.
Casey, who defended her title for the third year running finished two below men’s champion, Nasser Yacoob.
“It’s a pleasure to be the Oman ladies amateur champion once again,” said Casey.
“The Oman Golf Committee have done a fantastic job and everyone involved should be congratulated.”
Casey also thanked the “wonderful sponsors” and all the junior winners, before remarking on Yacoob’s ‘champion shot’ during the playoff.
Junior champions
**media[815270]**
Meanwhile, Bahrain’s Ali Salmeen was crowned the under-18 afrer scoring 160. Salmeen is the reigning champion after winning the same title in 2017. Mohammed Al Aathem, also from Bahrain, took the under-15 title with a score of 171.
A new addition to the event this year saw an under-12 category being included. Oman’s Ayman Al Busaidi was the winner in the debut category, scoring a 97.
This year’s open saw a record number of entries and the most competitive field in history.
**media[815271]**
Ali Hameed Al Saleh, of title sponsors OHI, commented on the success of the event saying: “This has been a wonderful tournament and we are excited to sponsor it once again. Thanks to the OGC and the team working in the background.”
Yacoob will now return in February to play alongside some of the world’s best professionals as well as Oman’s Azzan Al Rumhi in the NBO Oman Open.
Men:
Gross winner: Nasser Yacoob 150 (after playoff)
Gross runner-up: Max Burrow 150 (on countback)
Net winner: Faiz Riaz 140
Women:
Gross winner: Lynn Casey 148
Gross runner-up: Jacky Franssen 188
Net winner: Emma Merritt 154
Under-18:
Gross winner: Ali Salmeen 160
Gross runner-up: Danny Whatmore 187
Net winner: Johnathan Arnaud 203
Under-15:
Gross Winner: Mohammed Al Aathem 171
Gross Runner-Up: Aarnav Nath 171 (on
countback)
Net Winner: Kabir Gill 139
Under-12:
Gross winner: Ayman Al Busaidi 97
Gross runner-up: Vlad Sanda 106
Nett winner: Tara Gill 52