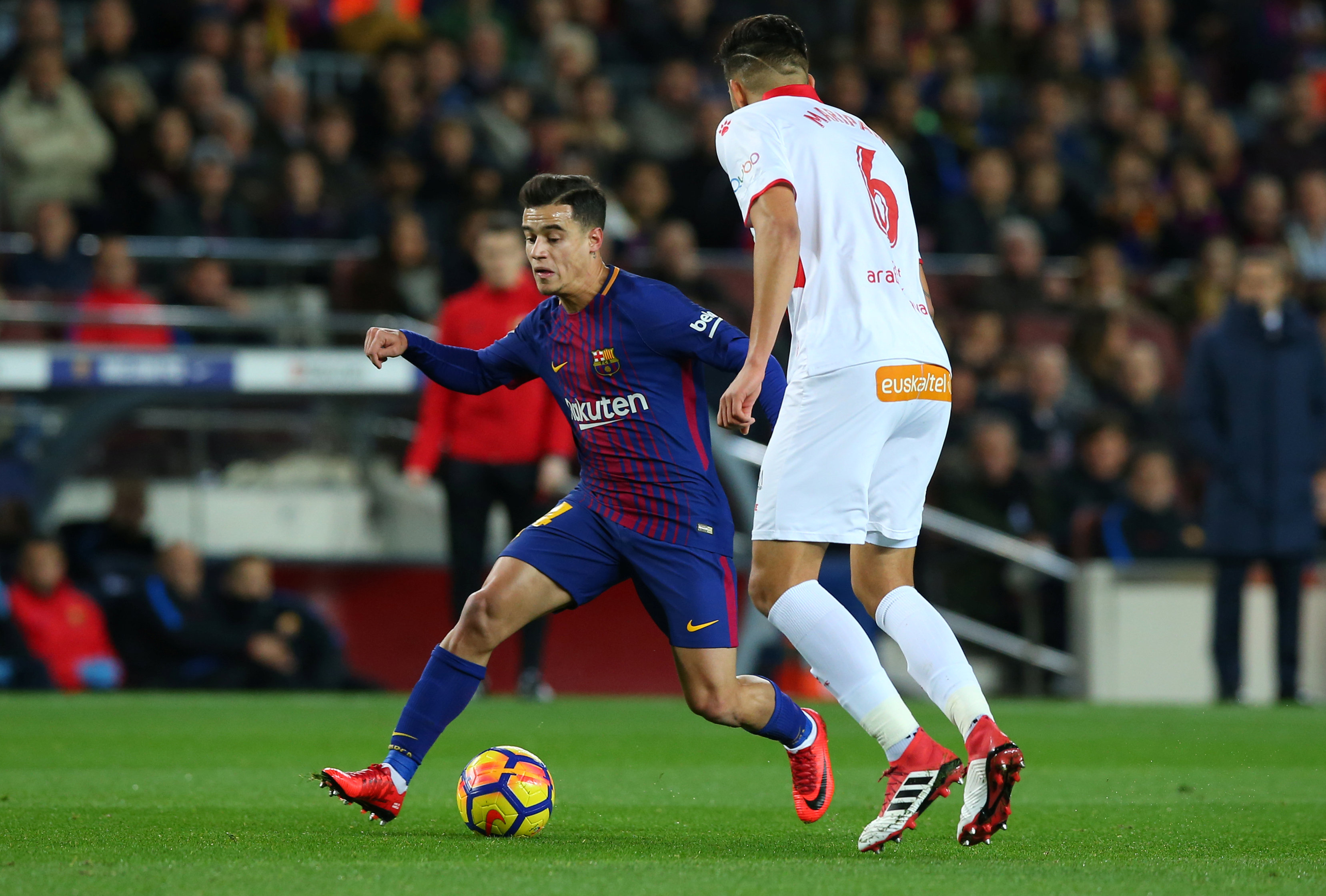 Barcelona: Record signing Philippe Coutinho will need time to settle into the Barcelona side after he made a quiet La Liga debut in a 2-1 win against Alaves on Sunday, coach Ernesto Valverde said.
All eyes were on the £142 million ($200.87 million) playmaker but he was substituted in the second half for striker Paco Alcacer as Barca chased the game after falling behind to John Guidetti's 23rd minute opener, eventually mounting a comeback with goals from Luis Suarez and Lionel Messi.
Coutinho, playing on the right of midfield, linked up well with his new teammates but failed to make a significant impact on his full debut at the Nou Camp after making his first appearance as a substitute in Thursday's 2-0 win over Espanyol in the King's Cup.
"Players aren't machines that you can just put in a factory and start to work right away," Valverde told reporters in defence of Coutinho.
"I thought he played well, he was always asking for the ball. He has important skills, the other day he played 20 minutes, today he played a little more, he's growing into the team little by little."
Coutinho's former Liverpool teammate Suarez also backed the Brazilian.
"It's always difficult to make your debut at the Nou Camp in the league," Suarez said. "He played very well, trying to run the game and the team is happy with what he did."