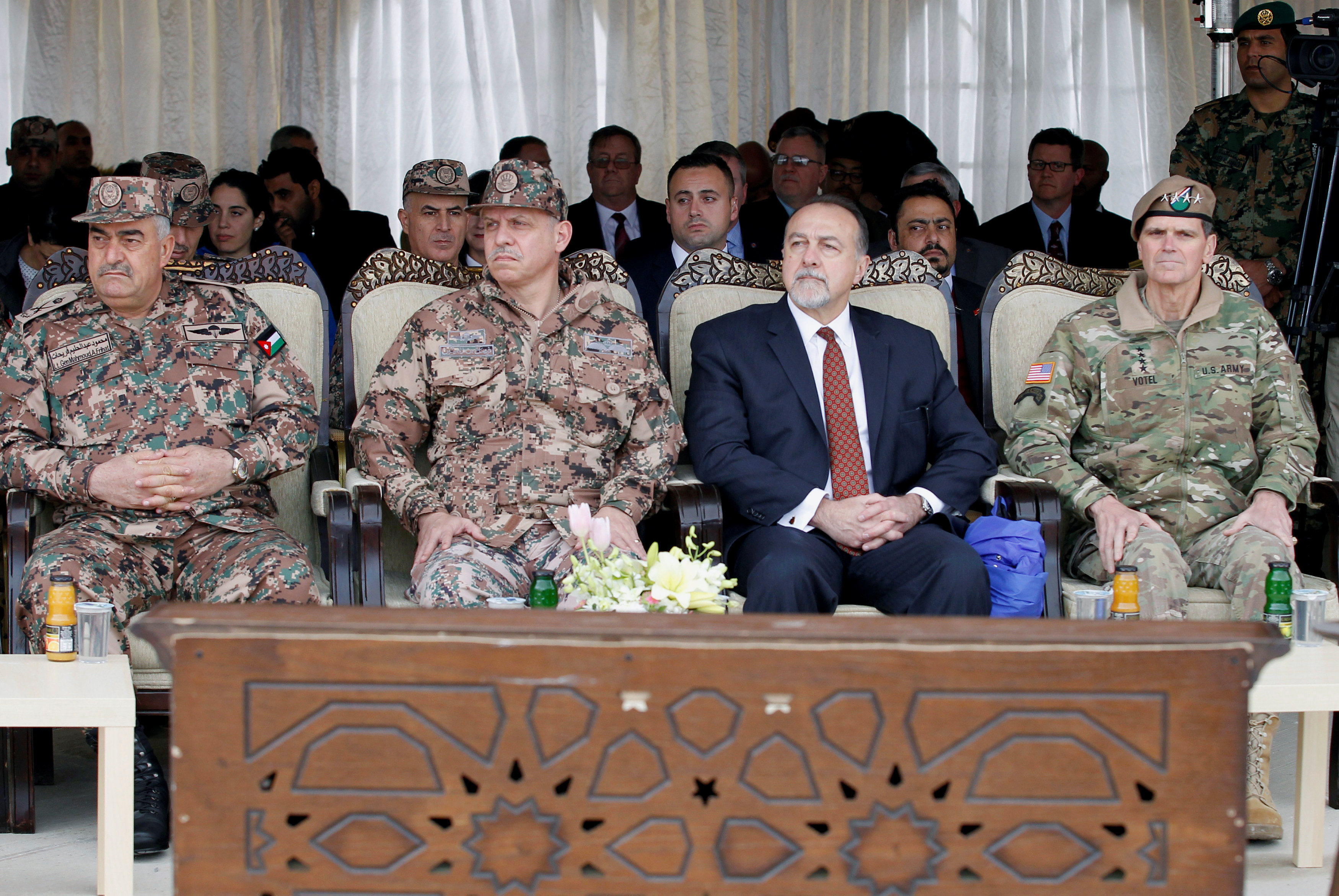 Zarqa (Jordan): The United States has delivered the last batch of Black Hawk helicopters for Jordan's rapid deployment force to bolster border defences and engage in cross-border operations against militants.
US officials say that military aid to Jordan, one of the largest recipients of its foreign military financing, helps to build the kingdom's military capabilities as part of a wider regional strategy.
Washington has announced it plans to stay in Syria long after IS militant group has been defeated and has military bases in the northeastern part of the war-torn country.
In a handover ceremony attended by US Central Command chief General Joseph Votel and Jordan's Chief of Staff General Mahmoud Freihat, the helicopters landed in a mock hostage rescue by special forces.
"The United States remains committed to supporting the Jordanian air force efforts to protect Jordan's borders and deter counter acts of terror and contribute to defeat ISIS coalition operations," said Henry Wooster, Charge d'Affaires of the US Embassy in Jordan, during the ceremony at the King Abdullah air base 35 km northeast of the capital.
Congress appropriated $470 million in fiscal year 2017 for the Jordanian army with a big chunk to pilot training, spare parts, weapons and hangers for the twelve UH-60 Black Hawks, Wooster said.
The military aid deliveries address some concerns King Abdullah expressed last year to the administration of former president Barack Obama and top US lawmakers about lack of military funding and responsiveness to one of its key regional allies.
Later Votel told CNN the staunch US ally was a key partner with the Pentagon in the region.
"Jordan has been a fantastic partner for a number of years here, I think what you saw in our demonstration here today is the maturity of our relationship. Jordanians are operating top of the line equipment and doing a great job with it," Votel said.
Jordan is among a few Arab states that have taken part in a US-led air campaign against the hardline militant group.
The Black Hawk helicopters are central to the US-funded quick reaction force set up by Jordan to counter IS, which remains a threat despite having been driven out of large areas of neighbouring Iraq and Syria.
"The force is capable of moving troops and supplies anywhere in Jordan on short notice to reinforce border security and repel potential incursions," Wooster said.
US Patriot missiles are stationed in the kingdom and the US army has hundreds of trainers in the country.
Jordan's location makes it an ideal logistics and supply hub for the Unites States, including its Tanf garrison in the southeastern Syrian desert.
"US Jordanian military cooperation is very strong and a key component in our joint effort to defeat Daesh," said Brigadier General Jaber Al Abbadi, Jordan's air force commander.
The Pentagon was planning to spend several hundreds of millions of dollars in expanding and upgrading the Muwaffak Salti air base located near the Syrian-Jordanian border in the northern part of the country, a Western diplomat said.
Jordanian officials confirmed the expanding US military aid programme.
"Jordan is currently working with the US to enhance our capabilities in the military, especially the air force," General Al Abbadi added.
Since the start of the Syrian conflict in 2011, Washington has spent millions of dollars to help Amman set up an elaborate surveillance system known as the Border Security Programme to stem infiltration by militants from Syria and Iraq.