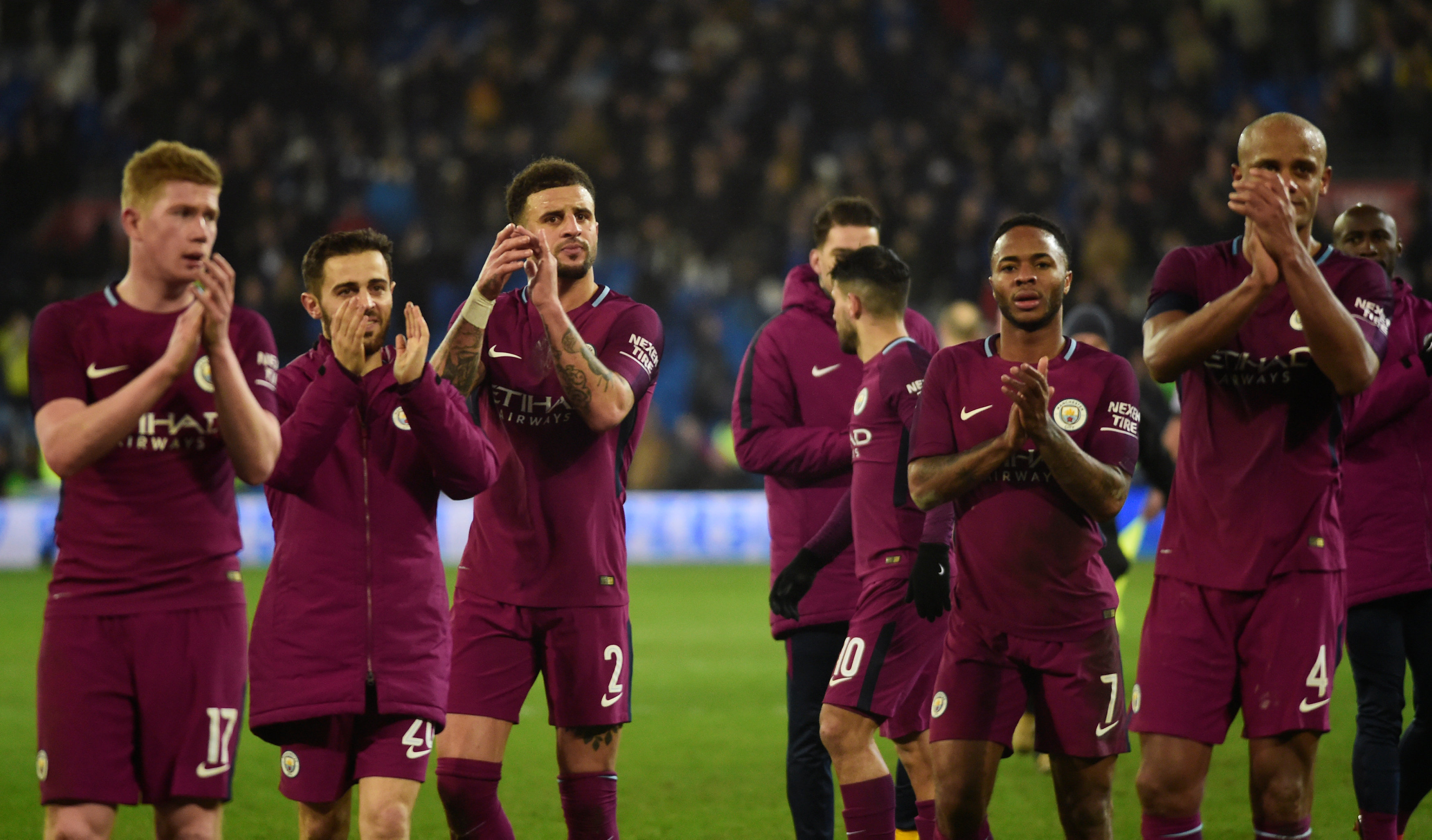 London: Manchester City swept aside second-tier Cardiff City 2-0 with first-half goals from Kevin De Bruyne and Raheem Sterling on Sunday to reach the FA Cup fifth round in their quest to win an unprecedented four trophies this season.
Pep Guardiola's side began without a recognised striker but took just eight minutes to go ahead when midfielder De Bruyne rolled a clever free-kick under the wall as the defenders jumped to block the expected direction of his shot.
Bernardo Silva thought he had netted a spectacular second goal for the visitors with a long-range shot but Leroy Sane was flagged offside, a controversial decision that led to heated discussions between Guardiola and the fourth official.
City's dominance was never in doubt though and Silva turned provider for the second, perfectly directing a cross for the unmarked Sterling to head the ball down and into the net after 37 minutes for his 19th goal of the season in all competitions.
Cardiff twice went close after the interval through Kenneth Zohore and Junior Hoilett but City always looked comfortable and Sterling and Silva spurned chances to extend the lead.
Danilo also drew an excellent save from home keeper Neil Etheridge before Championship side Cardiff's day got worse with the late dismissal of Joe Bennett for a second bookable offence.