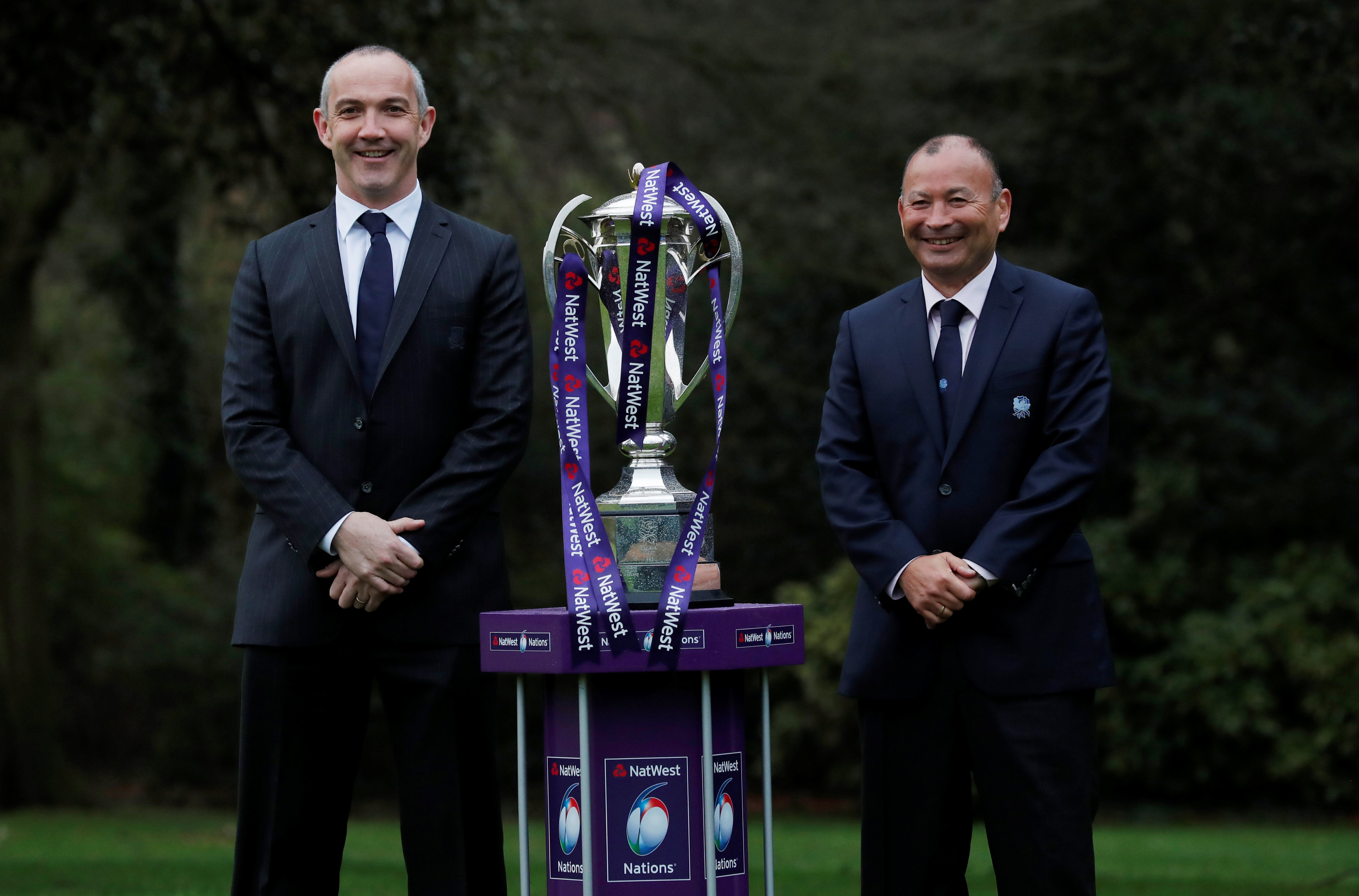 London: Coach Eddie Jones says England have been reduced to rank outsiders battling to field a fit XV as they begin the defence of their Six Nations title, a suggestion dismissed by England's rivals.
England are seeking to become the first team to win the championship outright three years in a row and are clear favourites with Britain's major bookmakers to do so.
Jones, however, always keen to crush any hint of complacency, on Wednesday repeated his view that the local media don't rate a team he has led to 22 wins out of 23 games.
"I’ve read a number of commentaries," he told the tournament launch at a West London hotel. "Ireland's provincial sides are doing well, Scotland had a good autumn series, we had a muddling autumn series and have a list of injuries as long as your arm. We sneaked one team (Saracens) through to the quarterfinals of the European Cup... it's all doom and gloom."
Jones certainly has a lengthy injury list but is better equipped than most of his rivals in terms of the depth of talent in available replacements, a point made by Ireland head coach Joes Schmidt.
"It must be on the back of having 12 (English Premiership) teams to select from and having so much time in camp," the New Zealander said of Jones's tongue-in-cheek comment that England have "no chance" due to injury problems.
Updating his injury list, Jones said prop Kyle Sinckler was unlikely to feature in the tournament as his hamstring injury was more serious than first thought.
Henry Slade was likely to miss the first two or three rounds with a shoulder problem and first choice fullback Mike Brown and winger Jack Nowell were doubts for the February 4 opener in Italy.
However, Jones said he has been particularly pleased by what he had seen from a raft of youngsters fighting to fill back row vacancies created by injuries to Billy Vunipola, Nathan Hughes and Tom Curry, the suspension of James Haskell and a doubt over Chris Robshaw.
"I watched Zach Mercer, Sam Simmons, Gary Graham and Nick Isiekwe training as a back row yesterday," Jones said. "They're all young guys - Nick's the most capped of all of them and he's got two, so for us the opportunity is fantastic."
Captain Dylan Hartley said the days of youngsters turning up just for the experience of rubbing shoulders with the stars were long gone and they now arrive expecting to press for selection.
"There's an expectation when they turn up that they have to compete, you can't just sit and watch," he said.
"They come in for those first few days and it's sink or swim and they guys are swimming so far. It's been more tactical early this week but Thursday and Friday will be a bit more physical so we'll see how they go."
After opening in Rome, England host Wales before trips to Scotland and France, with the final match at home at Twickenham against Ireland -- a potential championship decider.
The game will have extra spice as it takes place on March 17 - St Patrick's Day, the Irish Republic's national holiday.