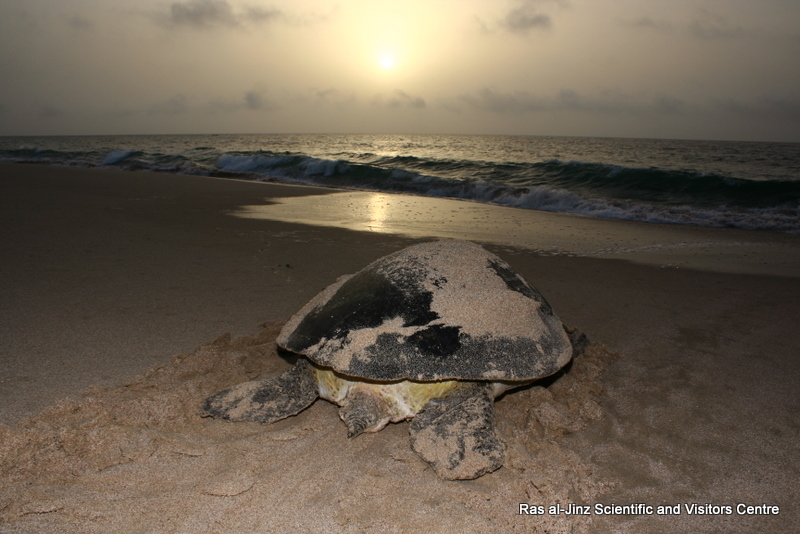 Global warming has caused the polar ice caps to melt and sea levels to rise. This has led to flooding of the beaches and destruction of the turtle nests.
Recently, a study found that about 99 per cent of hatchlings of a green sea turtle sub-population off the coast of the great barrier reef near Australia were females. Some scientists suspect that this feminisation might lead to extinction of the species.
Moreover, experts have warned that global warming is causing disproportionately higher number of female turtles to be hatched worldwide. This is because warmer nests lead to male turtles being born while cooler ones yield female hatchlings.
“Global warming is affecting the sexes of sea turtles all over the world. As the temperatures rise the temperature of the nests will rise too. The nests will produce males but at a lower rate. Over time there will be a huge reduction in population,” said Daniel Schneider, chief biologist at Quixote Curiosity.
Andrew Willson, a marine biologist from 5 Oceans Environmental Services (5OES), an environmental consultancy and conservation organisation located in the Sultanate, said that there are multiple factors at play that affect extinction of turtles in the backdrop of climate change.
“The issue of the turtle population not getting extinct is also related to the interplay between adaption and how robust the population is. If the population and its habitats are well managed with few impacts then you are giving the population every chance you can to survive.
**media[813332]**
“What we don’t know is if the population will be able to adapt fast enough to the rate of changes currently experienced and projected for the future. We know that the turtles have been around for a couple of hundred million years and have survived through climate change before — but as far as we know the rate of change now is faster than previous events,” he said.
“What conservation biologists are immediately concerned about are the population that are declining and have been considered endangered or critically endangered. These are going to be the population who would be at risk the most owing to climate change related threats and would require urgent attention,” he added.

Beach erosion
Beach erosion owing to infrastructure development can lead to a loss in nesting habitat for turtles. Experts said that the best way to overcome the threat to turtles in Oman is to conserve the beaches.

Andrew Willson said that protecting the diverse nesting habitats in the Sultanate was the best to counter the threat to turtles.
Turtle nesting sites in Oman include beaches at Ras Al Jinz, Daymaniyats, Ras Al Hadd, Masirah, and Dhofar. Importantly, these are diverse nesting habitats with varying temperatures.
Willson added that climate change induced natural calamities like cyclones can cause erosion of beaches.

“Climate change is also linked to warming of sea surface temperatures. Higher temperatures are linked to increase cyclone and hurricane events. Cyclones such as those experienced in Oman can cause rapid erosion and loss of beach area, and significant loss of nests has been recorded during these events.

“If cyclones are increasing in frequency then this could have population level consequences. Other researchers are studying projected shifts in foraging areas using ecological modelling approaches. So there is a good deal of research now going into many aspects of climate change influencing sea turtle ecology,” he said.
**media[813329]**

Ingestion of plastic
Turtles ingesting plastic can be fatal. They mistake plastic bags for jelly fish, a common food for them. The marine litter can get stuck inside the animal’s digestive tract.
“Our efforts are to raise awareness among the communities on the harm that plastic use can cause to the environment and how every individual can make a small change to contribute to this. We continually have awareness messages on our social media channels, our presentations, events, and activities,” said Yusra Jaffer, Public Relations Manager of Environment Society of Oman (ESO).

Fishing and boating
Turtles often become ‘bycatch’, that is to say that they get caught in nets meant for fishes, get entangled, and die. Moreover, they are also threatened by boat strikes, wherein vessels collide with turtles. “Apart from climate change and their ability to recover from it, turtles are threatened by bycatch in fishing operations, direct hunting, boat strikes, disease, and all kinds of other threats. These added threats could be the biggest issue,” Malaysia-based British marine biologist Nicholas Pilcher said.

Light pollution
Light pollution refers to the excessive lighting. This leads to turtle hatchlings getting confused, since they are wired to move towards the brightest source of light. Normally, that would be the sun or the moon. Artificial lighting offsets the equation.

**media[813331]**
Conservation efforts
Thankfully, there are multiple parties in Oman working to ensure that all four turtle species are protected. One such organisation is the Environment Society of Oman (ESO), which is a part of a collaborative effort to conserve turtles among other species.

“ESO conducts awareness campaigns with local communities in turtle nesting areas. We aim to raise awareness on the impact of these human activities on the turtles and how these can be rectified to help protect and conserve these turtles.

“The campaign focuses on communication with different stakeholders within the local communities. Some of our main government stakeholders include the Ministry of Environment and Climate Affairs and the Ministry of Agriculture and Fisheries Wealth as the sea turtles of Oman are a shared resource and joint responsibility for everyone to conserve,” ESO’s Yusra Jaffer said.
Andrew Willson who has been working for Five Oceans Environmental Services in Oman for 10 years, said that there are concerns, but there is also hope to save the turtles in Oman, since some conservation programmes had worked out really well in the past, world over.

“The threats are complex and compounding which makes studying the significance of threats (or impact on population) difficult and hard to pull apart where the issues are.
“Globally some populations have seen fantastic recoveries in the last few decades as conservation measures have taken hold and become effective. These are the examples that prove conservation efforts are valuable and we still have a chance to reverse negative trends in populations at risk,” he added.

Nicholas Pilcher, founder and executive director of Marine Research Foundation, and who has worked extensively on turtle conservation in the Middle East said that there is a hope that the turtles might survive this bout of climate change.

“The climate has changed on this planet many a times in the last millions of years and the turtles have adapted and survived. It will however mean a massive loss of turtles before they recover and during this time the few that are left will still be. And these turtles nest all around the world, so while one local population might go extinct, it might not happen everywhere,” he said.

**media[813330]**
ESO efforts on Masirah Island
ESO has been studying loggerhead sea turtles on the Island of Masirah since 2006. The findings have led to a population re-assessment conducted by the International Union for Conservation of Nature (IUCN) leading to the designation of the Northwest Indian Ocean Loggerhead sub-population to be considered as critically endangered.
ESO has also collects data and information on other sea turtle species nesting on the island including green, olive Ridley and hawksbill sea turtles.
ESO has prepared emergency action plans to aid in the recovery of the populations of loggerhead turtles in Oman. However, its implementation needs to be a joint effort between government, private sector and community members.
“Awareness campaigns within the local communities as well stakeholder engagement are ongoing. Continuing research also helps us to identify what threats to sea turtles and what we can do to address them,” ESO’s Yusra Jaffer said.