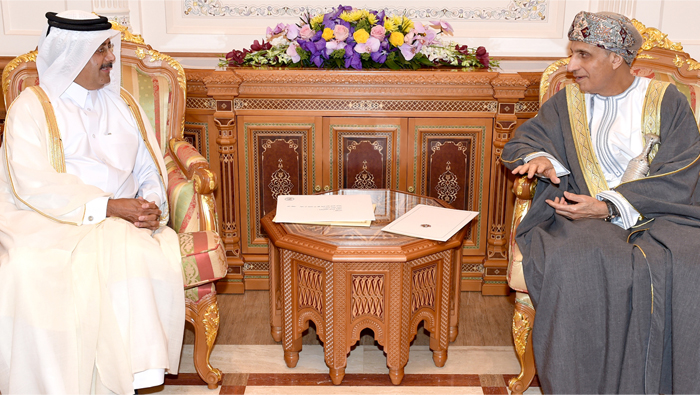 Muscat: His Highness Sayyid Fahd bin Mahmoud Al Said, Deputy Prime Minister for the Council of Ministers received yesterday Ali bin Fahd Al Hajri, Ambassador of Qatar accredited to the Sultanate. The Qatari envoy handed over Sayyid Fahd a written message from his country relating to the bilateral relations between the two countries.
Conversations during the meeting dealt with the developments in regional and international arenas, as well as the efforts exerted to strengthen relations among the GCC countries to serve the joint interest.
The Qatari Ambassador expressed his country's appreciation to the wise policies pursued by the Sultanate under the leadership of His Majesty Sultan Qaboos bin Said in all spheres.