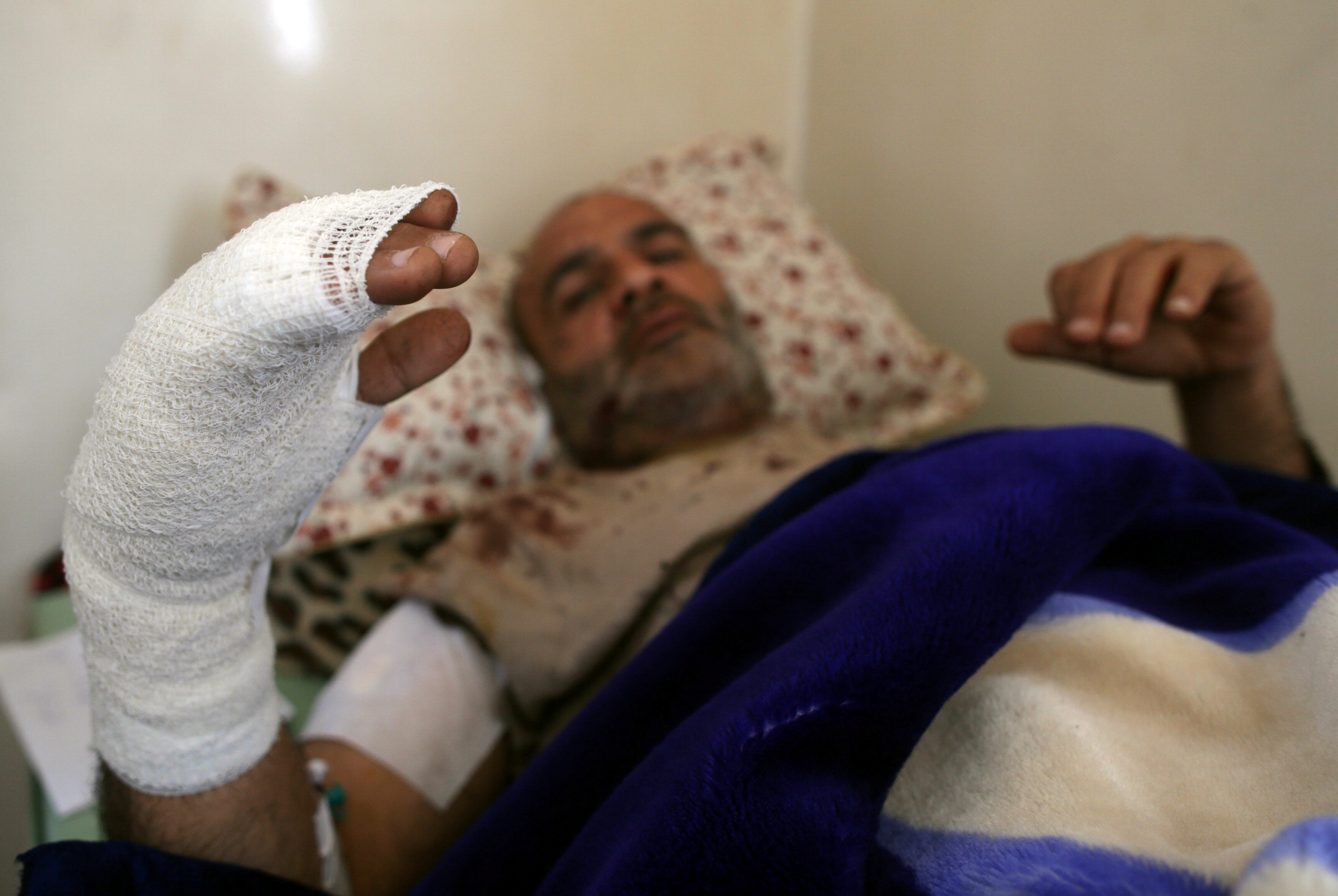 Benghazi (Libya): The toll from a twin car bombing at a mosque in Libya's eastern city of Benghazi rose to 35 on Wednesday, medical officials said, one of the highest from a single attack since Libya slid into turmoil after a 2011 uprising.
The first blast on Tuesday evening hit worshippers leaving the large Bayaat Al Radwan mosque in Benghazi's central Al Salmani district.
The second, which came about 15 minutes later and which witnesses said was much stronger, inflicted a large number of casualties among people who had gathered at the scene.
On Wednesday, the scene of the blasts was strewn with scraps of clothing and victims' possessions, and the stench of dead bodies hung in the air.
Surrounding buildings had their windows blown out and about 15 vehicles, including a firefighters' vehicle that had arrived to deal with the first explosion, were destroyed.
Senior security officers were among the casualties, as well as security officials and a firefighter who had rushed to the scene.
At least three children were killed, and others injured.
In all, some 60 people were wounded, medical officials said.
"I was present for the second blast and there was an ambulance between us and the explosion," said Yassin Farouk, a local shopkeeper who had been praying in the mosque and was one of the first to leave."The explosion was very powerful and we survived it by a miracle."
There has been no immediate claim of responsibility for the attack.
Benghazi is controlled by the Libyan National Army (LNA), which is led by eastern-based commander Khalifa Haftar and was battling extremists and other opponents in the port city until late last year.
Haftar, a possible contender in national elections that could be held by the end of the year, has built his reputation on delivering stability in Benghazi and beyond, promising to halt the chaos that developed after a Nato-backed uprising ended Muammar Gaddafi's long rule nearly seven years ago.
Haftar launched his military campaign in Benghazi in May 2014, in response to a series of bombings and assassinations blamed on extremist militants.
In past months there have been occasional, smaller scale bombings apparently targeting LNA allies or supporters.
One of those killed in Tuesday's attack was Ahmed Al Feitouri, head of the LNA's investigation and arrest unit.
A tent for mourners was erected in front of his house, close to the Bayaat Al Radwan mosque.
Mohamed Fathi, who came to help people hit by the first blast, suffered shrapnel injuries in his leg and hand from the second."It was a huge explosion intended to kill as many people as possible," he said.