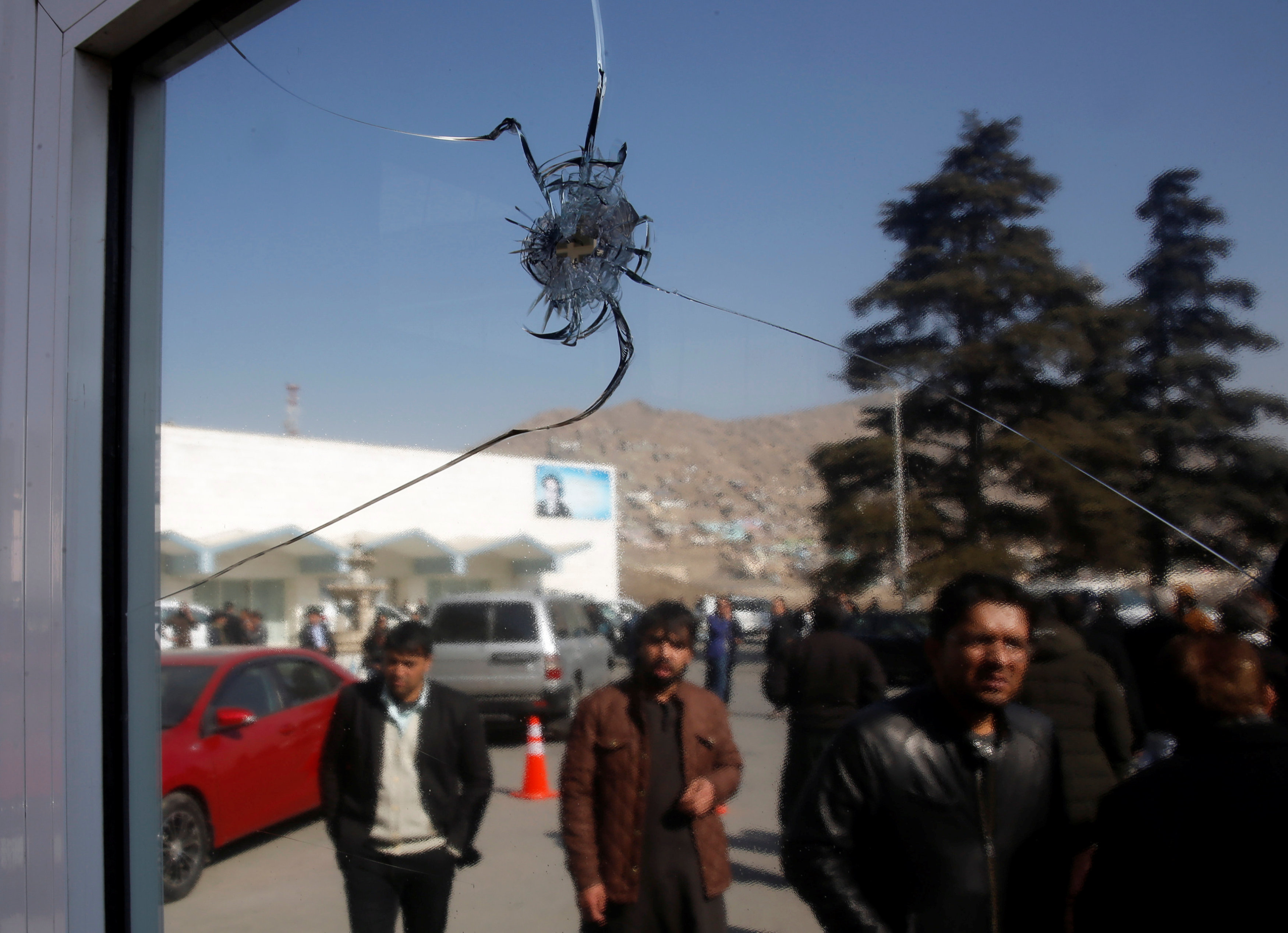 Kabul: Afghan airline Kam Air is struggling to resume operations after nine staff members were killed in a Taliban attack on a Kabul hotel at the weekend, a company director said on Wednesday.
The bodies of seven Ukrainian employees of the airline, among at least 20 people killed in Saturday's raid on Kabul's Hotel Intercontinental, were sent home on Wednesday. The other two Kam Air staffers killed were from Venezuela.
Most of the other foreign staff have left the country, crippling operations.
"We used to have 37 flights a day on average. We now have about seven," Ramin Youresh, business development director for the Kam group of companies, told Reuters.
"Most domestic flights are cancelled because we don't have the crew and we don't have the airplanes."
Kam Air, one of three main Afghan airlines, provides links between major cities in a country where travel by road is often dangerous and unreliable. It also flies some international routes in the region.
It was the second time in less than a year that a major private company in Afghanistan had suffered a devastating loss. More than 30 employees of mobile phone company Roshan Telecommunications were killed in a truck bomb attack near the German embassy in Kabul in May last year.
Kam Air had 62 expatriate staff, both pilots and cabin crew, who used the Intercontinental as their Kabul base. About 40 of them were in the hotel at the time of the attack.
"Most of them have left, they're in a bad way, they're in shock. They need three or four weeks to recover, then decide if they are willing to come back," Youresh said.
"We expect most won't come back."
Of the airlines' foreign staff members, up to 40 were from Ukraine while the airline also leased six planes from two Ukrainian companies.
But two of the Ukrainian aircraft had left the country after orders from home to suspend operations, Youresh said.
"Four are still here but the question is if we get a green light for them to operate," he said.
The attack on the Intercontinental Hotel caused some of the heaviest casualties among foreigners in Afghanistan for years. As well as the Ukrainians and Venezuelans from Kam Air, an unknown number of Americans and one German citizen have been confirmed killed.
Many details about the attack remain unclear, but according to one report, at least 13 foreigners were among the dead.
The government has pledged a full investigation and President Ashraf Ghani received an initial report on Tuesday but no change in security measures has been announced.
Youresh said the airline needed help from the government as it struggled to bring back the staff it needs to resume its operations.
"We will do our best, of course, but we expect the government to support us, cooperate in terms of security and safety," he said.
In particular, Kam Air was hoping for government permission to build a compound inside the heavily protected Kabul airport grounds, which would include living quarters for foreign staff.
"It's difficult for us to get foreign crews. They would feel much safer there," Youresh said.
Many foreign technicians and contractors in Kabul live in heavily protected compounds, several of them close to the airport, but their living conditions are relatively spartan.
On Wednesday, Afghan Kam Air staff saw off the bodies of their seven Ukrainian colleagues at a ceremony at Kabul airport.