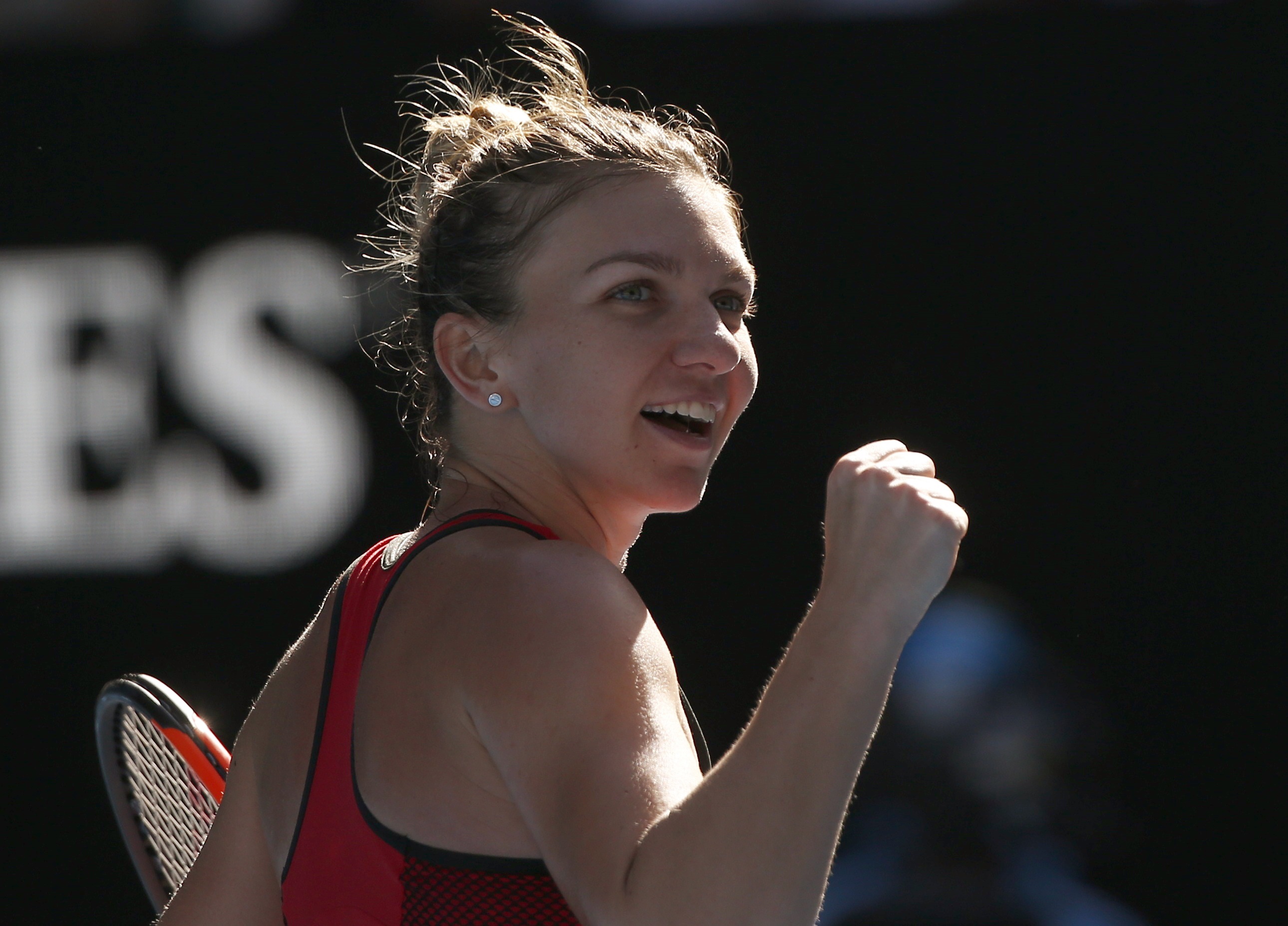 Melbourne: Simona Halep is prepared for her second marathon of the tournament when she faces former champion Angelique Kerber for a place in the Australian Open final on Thursday.
The Romanian world No. 1 made light work of powerful Karolina Pliskova on Wednesday, dropping only five games in a contest that lasted little more than an hour.
It was a far cry from her third round clash with American Lauren Davis when she saved three match points and battled through ankle pain to win 15-13 in the deciding set in a match lasting three hours and 44 minutes.
That tussle put some more miles in Halep's suspect ankle and she will need to feel 100 percent when she takes on Kerber with whom she shares a 4-4 career record.
"For sure is going to be a second marathon this tournament," the 26-year-old said. "But I'm used to that. I know her pretty well. I know she's very strong opponent, very strong player.
"But I started to like this tournament. After two years in a row losing in the first round, now it's a better result.
"I just want to go there and to give everything I have like I did the last matches."
Kerber conserved energy for the looming clash as she thrashed Madison Keys earlier on Rod Laver Arena and also is ready to work overtime against Halep.
"I think it will be a long match with a lot of long rallies. I played against her a lot of times, and it was always tough and close," the 21st seed said.
Halep rolled her ankle in her opening match against Destanee Aiava last week and admits the pain prevented her from sleeping one night at the weekend.
It is hardly ideal when a player of Kerber's pedigree is blocking her path to the final and another chance to win a first grand slam title, but Halep offered an encouraging medical report after dispatching Pliskova.
"I was just worried about how is going to be the next day, the ankle," she said. "But was pretty strong. It is pretty strong. After this I will take care better of it."