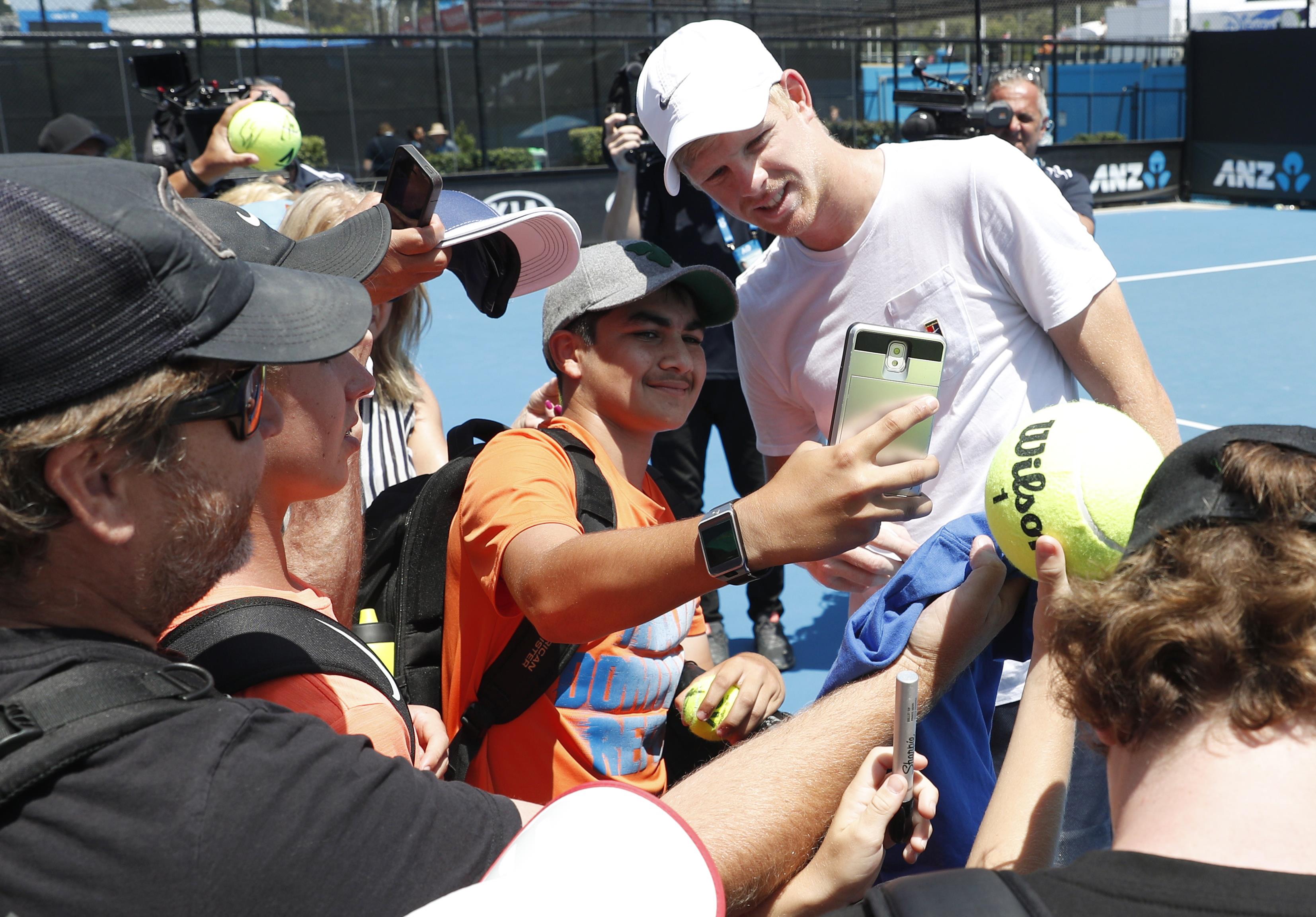 Melbourne: They say you can take the man out of Yorkshire but cannot take Yorkshire out of the man and while Kyle Edmund now lives in the Bahamas his no-nonsense style of tennis would have the locals back home nodding in approval.
The 23-year-old, who grew up just north of the Humber Estuary in Beverley, is two Australian Open wins away from completing an unlikely metamorphosis from the "other British player" to Grand Slam champion.
Even if that did happen, and it's a big 'if' considering he would have to beat former U.S. Open champion Marin Cilic then most probably 19-time Grand Slam great Roger Federer, his coach Fredrik Rosengren says his charge will not get cocky.
"I'm not expecting him to be running to buy the Ferrari. He is not that kind of guy," the Swede, who has helped transform Edmund's fortunes since being hired in October, told reporters.
Edmund is no flash Harry, on or off the court -- a trait he shares with three-time Grand Slam champion Andy Murray, who has carried the flag for British tennis for more than a decade.
A cricket lover, Edmund admitted after his quarterfinals victory over world No. 3 Grigor Dimitrov that one of his idols, former Australia captain Ricky Ponting, did not recognise him when they were in the same restaurant this week.
While bashful off court, however, there is nothing timid about his no-frills playing style. Essentially, it involves cranking up a forehand forged in a blast furnace and burning the felt off the ball.
Three-time Australian Open champion Mats Wilander describes it as the best forehand in the business.
That said, he is no one-trick pony. His serve is vastly improved under Rosengren, as is his defence, even if Edmund prefers to be wheeling away in the centre court.
Mental game
With so much raw material to work with, Rosengren's main work with Edmund is between the ears -- curing the all-too-regular lapses that were holding him back.
"Tennis is a mental game," the former coach of Magnus Norman said. "I'm not there to teach him how to hit forehands and backhands, he's so good at that. It's more to get everything together so he can use his strength at the right moment.
"Was about making him play depending on the scoreboard, knowing when the pressure was himself or on the other guy. Trying to teach Kyle to understand the game."
Edmund is guaranteed to climb to 25th in the world rankings and could overtake Murray if he gets to the final here.
He will have to find another level if he is to continue his run but can take inspiration from Thomas Johansson, who he has been hitting with this week.
The Swede came from nowhere to win the title in 2002 as 16th seed, the lowest seed other than Federer to claim the title in the professional era, with the Swiss triumphing last year as the 17th seed after a long injury layoff.
"His forehand is huge, it's massive. I think he's also improved his serve a lot," Johansson told reporters. "I think he has a big potential to get into the top 10."
Edmund will certainly have plenty of support against Cilic on Thursday.
"Yorkshire... Yorkshire" his fans chanted against Dimitrov on his Rod Laver Arena debut as he won in four sets.
"It was unbelievable how he handled yesterday," Rodengren said.
"He was so relaxed. I told him go on there, take the stage, be the man, no excuses."
That will also be the mantra against sixth seed Cilic.