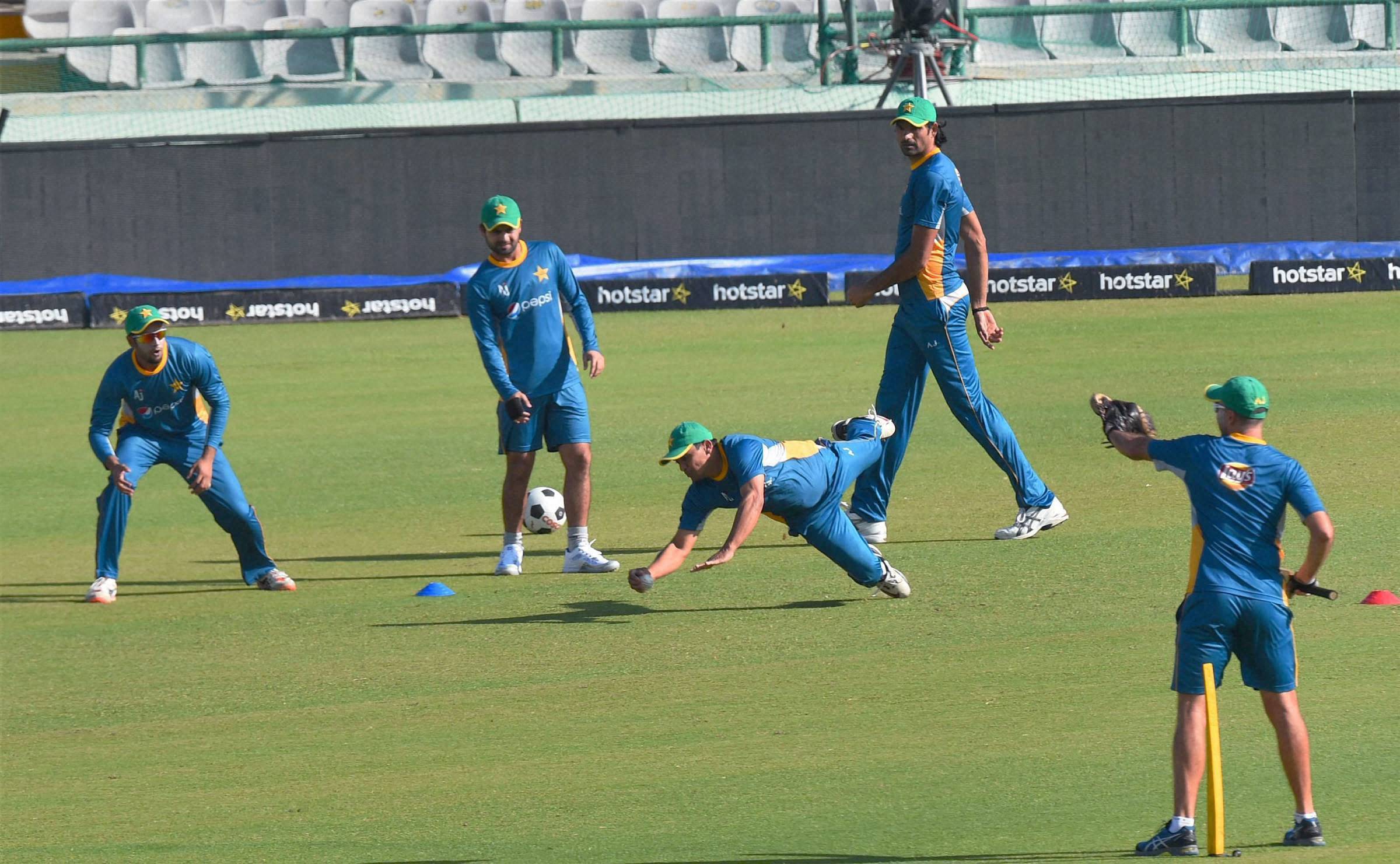 Before Shahid Afridi and his boys actually made the trip to India to take part in the World T20 Championship, the Pakistan cricket bosses had sent a delegation to India to assess the security situation across the border, postponed the departure of the team by a day, cancelled a trial match, and the Pak High Commission in New Delhi held talks with Chief Minister of West Bengal Mamta Banerjee who gave them a written assurance on security. In hind sight, it seems they had failed to do a simple, one-step security check that would have made life easier for their team. And that was getting some sort of guarantee from the most dangerous man who could launch ruthless, relentless attacks when he willed them.
Even that might not have worked in favour of Afridi on Saturday at Eden Gardens. With his god, aka Sachin Tendulkar, watching him from the elite gallery waving the national flag and smiles of pride exploding on the face when the ball got dispatched to the boundary and the victory target got down from rocket science to simple, basic maths, it was unlikely whether Virat Kohli would have done anything different from what he actually did on the Saturday night.
The victory-history hype and hysteria over the 11th Indo-Pak affair in the world cups revolved around one man, as it was the case in the 10th encounter just last month in the neutral territory of Mirpur. For Pakistan, the shortcut to put the humiliating limited-overs history to rest and turn the page to a new, happy, inspiring chapter was about getting one of the Indian openers early, which under the recent circumstances looked easy, and sending Kohli back to the dugout before he could put his foot down.
Rohit Sharma and Shikhar Dhawan had been shaky against Mohammed Amir in the Mirpur encounter, and their banal, rustic batting in the match against New Zealand gave a fair hint of the tragedy waiting to happen at Eden Gardens. It was merely a question of if it was going to happen off the first ball or in the first over, and the glib talk came to an end in the third over when Sharma tried to prove, and failed, what he had said before the start of the match, that Amir was just another bowler. Amir is a class apart, no doubt, and let’s hope Sharma will get his act together the next time when they face off.
With Plan A well in place — both openers as well as Suresh Raina were back in the dressing room with just 23 runs on the board — everything depended on the success of Plan B for Pakistan, which was about getting Kohli out without giving him time to settle in and get his partners in the mood and mindset.
And then, everything slowly and steadily started to slip away.
Kohli hit the first of his seven fours in the seventh over, off Mohammed Sami, which was a masterpiece of balance and placement in perfect mix. That seemed to have turned Yuvraj on as the old war horse executed a graceful cover-drive in the same over to guide India to a healthy total of 40 at the end of the over.
Soon, it was time for the first of the three sixes in the Indian innings. The humble, feeble, edgy 67m sweep by Kohli over square leg in the 10th over off Shoaib Malik was no monster, but its impact lay in the way it inspired Yuvraj to do a Kohli in the next over, against Wahab Riaz.
The two sixes, and four more boundaries hit by Kohli, set the stage for MS Dhoni to unleash his power: a 90m hit that reduced the 18-over drama to the simple task of scoring just one run from 13 deliveries.
So, what inspires Kohli? A tough pitch, a good bowling attack and getting the team out of trouble. This is what most good batsmen would love to say, but when Kohli says it, you don’t doubt even a syllable. There are not many cricketers in the current era who walk the talk just as good as Kohli does.
It’s easy to launch a predetermined attack and pull it off if your luck favours on a docile pitch against routine bowlers, but it takes courage of an unfamiliar, unseen kind to walk in at No. 3 to dangerous situations on tough pitches against Mohammad Amirs and guide the team to victory. Kohli is doing that regularly, and he’s loving it.
That’s the difference between Kohli and the others — the guys who walk with him now and even the god who walked before him.
-----
The writer is a freelance contributor based in India. All the views and opinions expressed in the article are solely those of the author and do not reflect those of Times of Oman