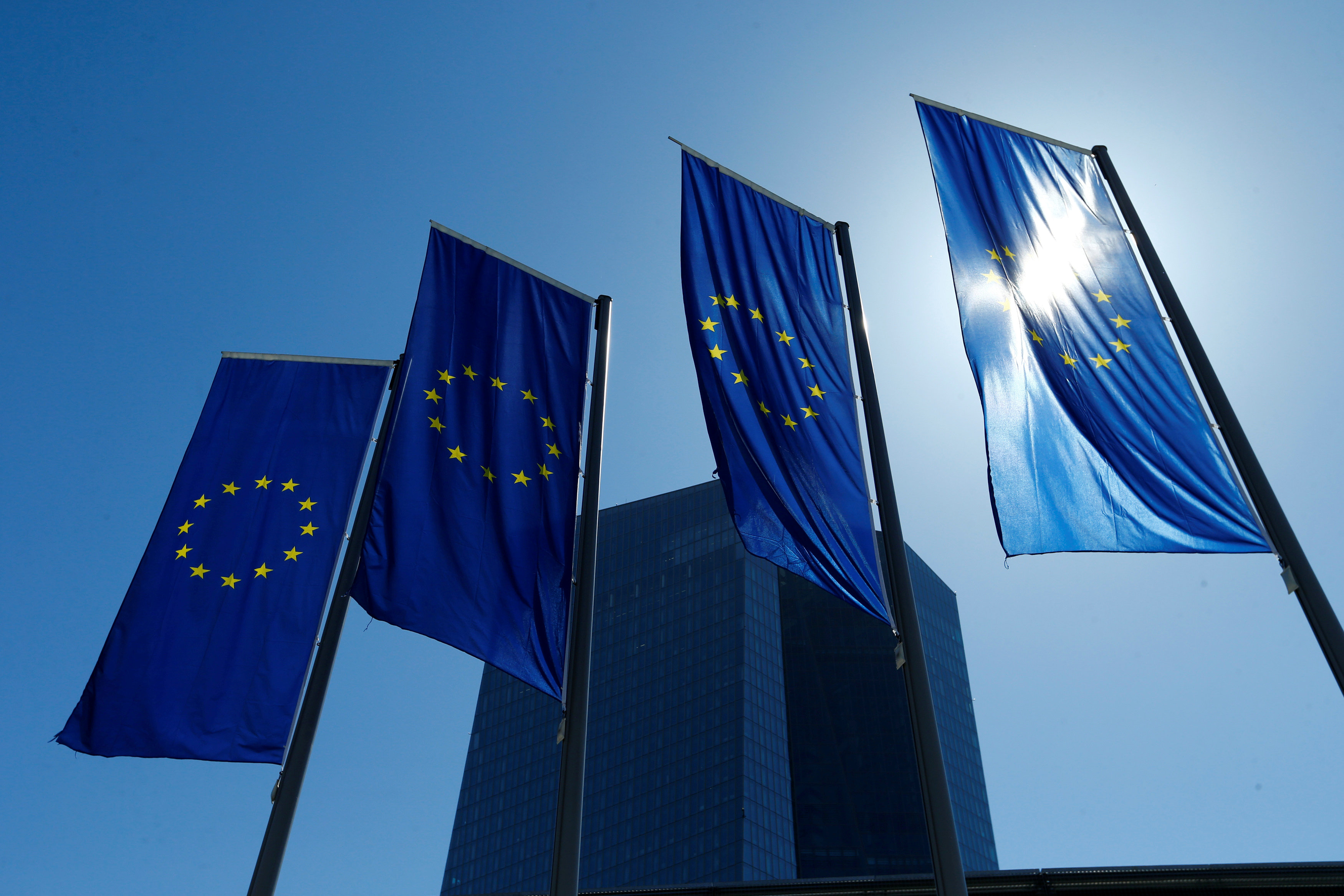 Brussels: European Union finance ministers will call on Germany next week to boost wages and investment, EU documents show, underlining a longstanding demand that Berlin strengthen the bloc's recovery by rebalancing its export-oriented economy.
In their monthly talks next Tuesday, ministers will agree on the euro zone's economic policy for this year and will discuss how to tackle imbalances that each EU economies develop.
In draft conclusions of the talks, obtained by Reuters, the ministers agree with the European Commission's opinion that Germany has an excessive current account surplus that it should address.
"Member States with large current account surpluses should create the conditions to promote wage growth respecting the role of social partners and implement as a priority measures that foster investment (and) support domestic demand and growth potential," the ministers' draft conclusions said.
The documents also called on euro zone states with high current account deficits to contain wage growth.
Germany's current account surplus was the world's largest in 2017, the Munich-based Ifo economic institute said, unveiling a record high reading likely to renew criticism of the economic and fiscal policies in Europe's largest economy.
The International Monetary Fund (IMF) and the European Commission have for years urged Germany to lift domestic demand and imports in order to reduce global economic imbalances and fuel global growth, including within the euro zone.
But the EU's executive arm last year stopped short of calling for an expansionary fiscal stance for the euro zone, a move that would have put pressure on Germany to raise investment and wages.
When the Commission proposed a fiscal stimulus target for the euro zone in 2016, the bloc's member states rejected the proposal.
They are now set to agree on a "broadly neutral overall fiscal stance for the euro area" for this year and next, in line with the commission's proposals, draft documents show.
Ifo said the German current account surplus — which measures the flow of goods, services and investments — was the world's largest for the second year running in 2017 at $287 billion, followed by Japan with $203 billion.
The Commission said last November that Germany's large current account surplus was caused by excess savings and subdued investment.
"Wage growth is moderate, but so is per capita household consumption keeping the household saving rate at an elevated level. Government debt continued to decrease towards the threshold with budget surpluses forecast over the forecast horizon," the Commission said.
German budget plans envisage a rise in investment from 33.2 billion euros in 2016 to 37.1 billion in 2019.
Despite the lowest unemployment rate in the euro zone at 3.6 per cent of the workforce, Germany has slow wage growth, which also makes it more difficult for the European Central Bank to bring inflation higher, closer to its target of below, but close to two percent in the euro zone.