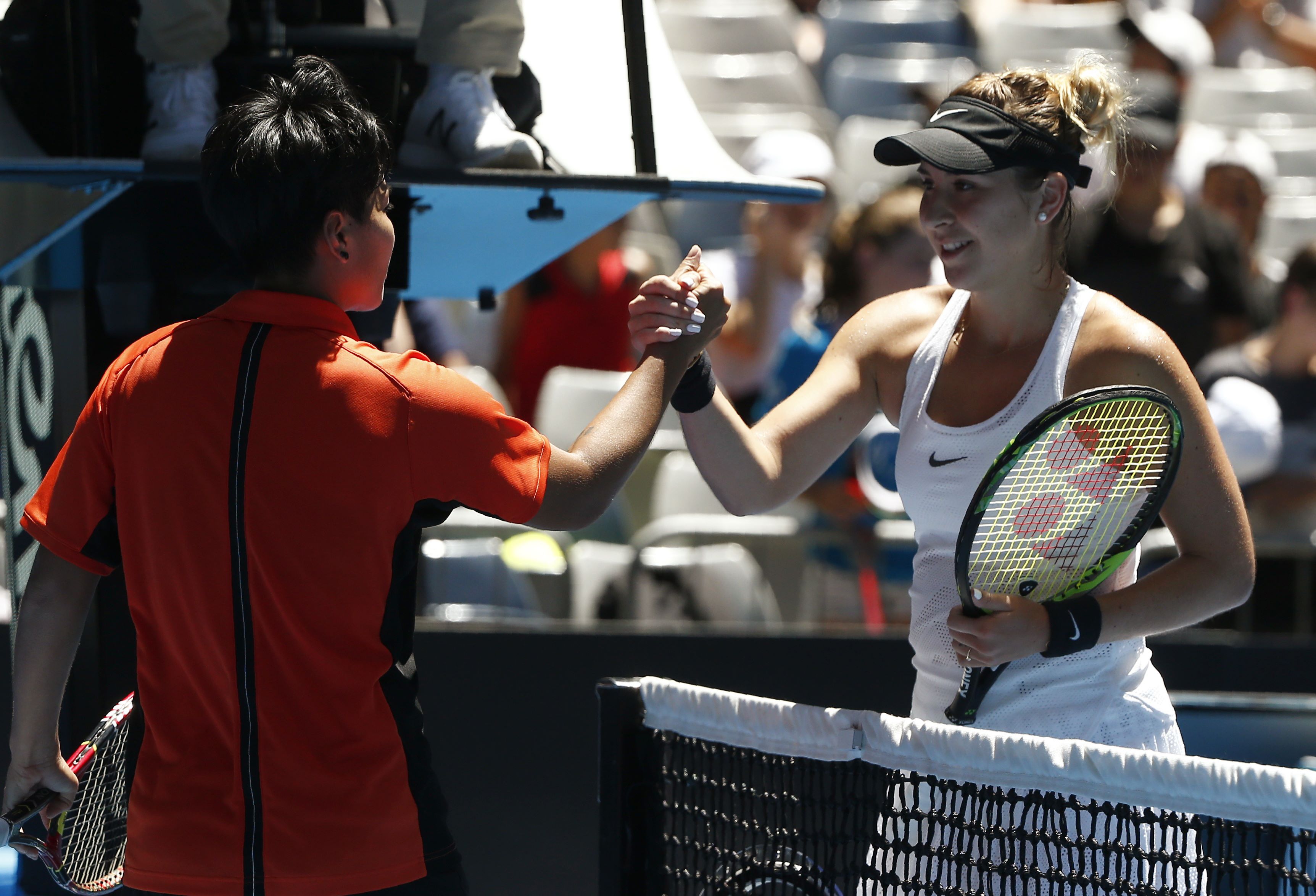 Melbourne: Seed slayers Belinda Bencic and Zhang Shuai were brought back down to earth at the Australian Open on Wednesday as they both failed to follow up their first-round exploits.
Swiss Bencic, who knocked out last year's runner-up Venus Williams on a day of shocks on Monday, slumped to a 6-1, 6-3 defeat by Thai qualifier Luksika Kumkhum.
Zhang, conqueror of U.S. Open champion Sloane Stephens in round one, was also toppled by a qualifier in the shape of Czech Republic's Denisa Allertova. Allertova won 6-4, 7-6 (5).
With 15-year-old Ukrainian Marta Kostyuk also getting through it means three qualifiers have made the third round in the bottom half of the wide open women's draw.
For former world No.7 Bencic, now down at 78 after battling back from wrist surgery, it was a sudden comedown after the highs of Monday when she outplayed seven-time Grand Slam champion Williams.
"It was not the issue that I was still thinking about the Venus win," the 20-year-old said. "I had re-set and focused but it was a tough second round. I've played her a few times and it's always been really difficult.
"But I'm still pretty positive. The start to the year has been better than I could have imagined."
Luksika, ranked 124th in the world, produced a masterful display to reach the third round of a major for the first time having twice reached the second round of the Australian Open.
She said she hoped her win would stimulate some interest in the game in Thailand.
"My dad is a tennis coach and when (former world number nine) Paradorn Srichaphan was doing well he always had a lot of young players wanting to learn," she added.
Luksika will face Croatian Petra Martic next while Allertova is up against Magda Linette of Poland.