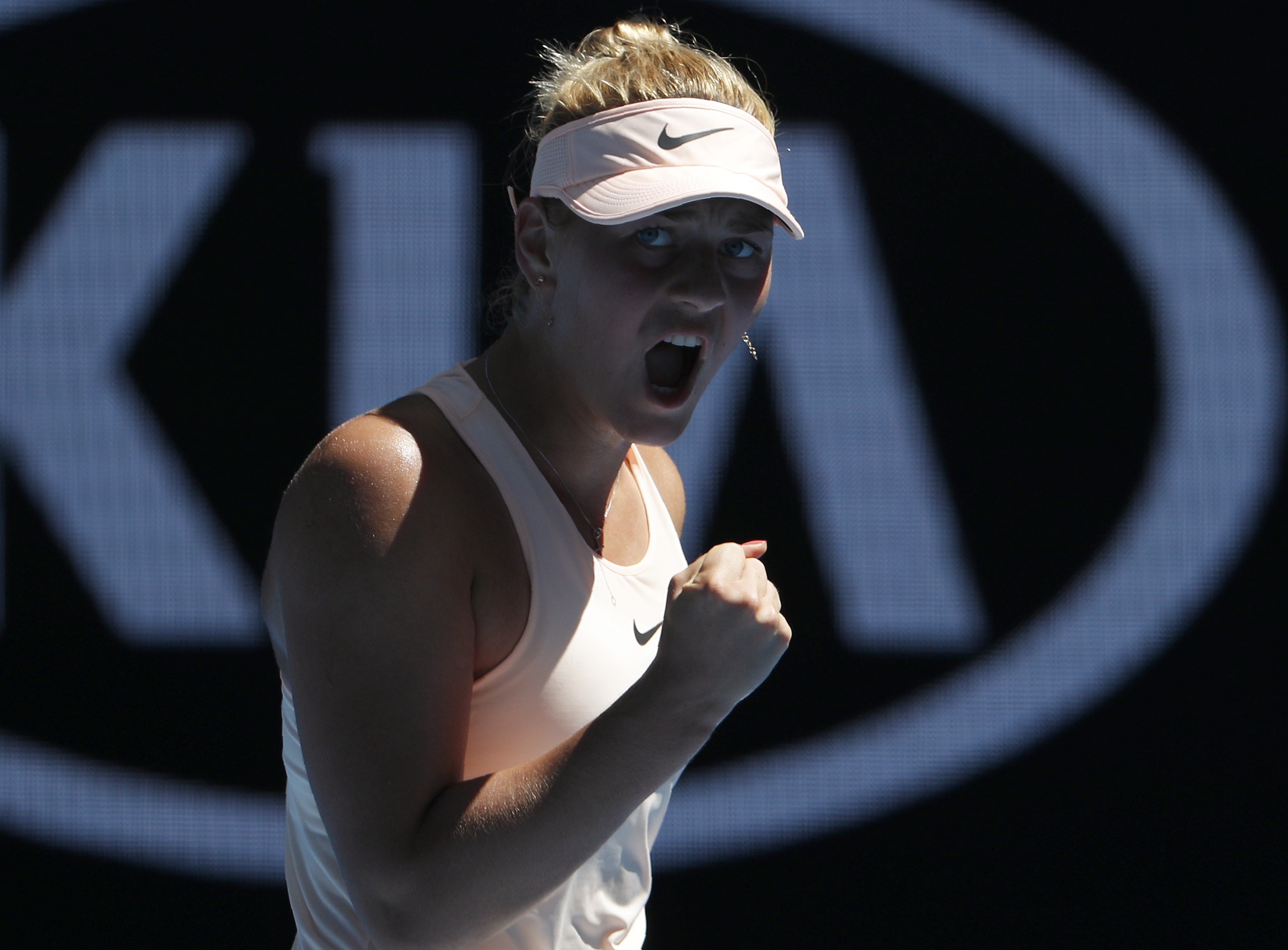 Melbourne: Ukrainian 15-year-old Marta Kostyuk became the youngest player to reach the third round of a Grand Slam in over 20 years when she defeated local wildcard Olivia Rogowska at the Australian Open on Wednesday.
Croatia's Mirjana Lucic-Baroni, who made the third round of the 1997 U.S. Open also at 15, was the previous youngest player to advance to that stage of a Grand Slam.
In her Grand Slam debut and first main draw appearance at a WTA tournament, qualifier Kostyuk had already become the youngest player to win a match at the Australian Open since Martina Hingis's quarterfinal run in 1996, when the Swiss was 15 years and four months old.
The reigning Australian Open junior champion's 6-3, 7-5 win over Rogowska at Margaret Court Arena made 521st-ranked Kostyuk A$142,500 ($113,500) richer in prize money, having earned only $6,733 coming into the match.
"Well, I already know a little bit where I'm going to spend this, but I didn't really think, because, you know, like (making) some big investment or something," Kostyuk told reporters.
"Now I'm still keeping money. It's like I got it and I go and spend. Maybe I will get the presents for my family, first of all, of course. Because I have a big family.
"And then for myself a bit. Yeah."
It also set up a glamour tie with compatriot and fourth seed Elina Svitolina.
Appearing completely at ease during her post-match media duties, Kostyuk said she still had to process her achievement before worrying about her next round.
"I still didn't think about that match," she said. "I'm still, with emotions, I'm still with this match, and it's my sixth match here.
"I feel like with every match, I'm doing better and better."
The daughter of tennis parents, home-schooled Kostyuk is managed by Ukrainian former top-10 player Ivan Ljubicic, a member of Roger Federer's entourage.
She despatched Chinese first round opponent Peng Shuai, a former U.S. Open semifinalist, 6-2, 6-2 in the first round and bashed 22 winners against 26-year-old Rogowska.
"I didn't feel like she was 15 at all," Rogowska told reporters.
"Yeah, honestly, the power of her shots were -- I didn't feel like she was 15, but obviously, yeah, she's swinging freely ... I feel she's going to be a dangerous player when she grows up."
Despite her comprehensive win over the Australian, Kostyuk said she had struggled to control her emotions and was fuming when given a code violation for coaching after her mum gestured at her from the players' box.
"I was so mad, because I didn't see what mom was showing me.
"Then when the referee said code violation, I was, like, 'What? I didn't even see her, like -- like, I swear I didn't see what she was showing me'."
After the match, her mum made another intervention, swiping her phone away from her before she could check congratulatory messages.
"Well, I take the phone, and I had to eat at the same time," said Kostyuk.
"My mom told me leave the phone and eat properly. Because I didn't have normal breakfast, that's why I felt quite bad today on court."