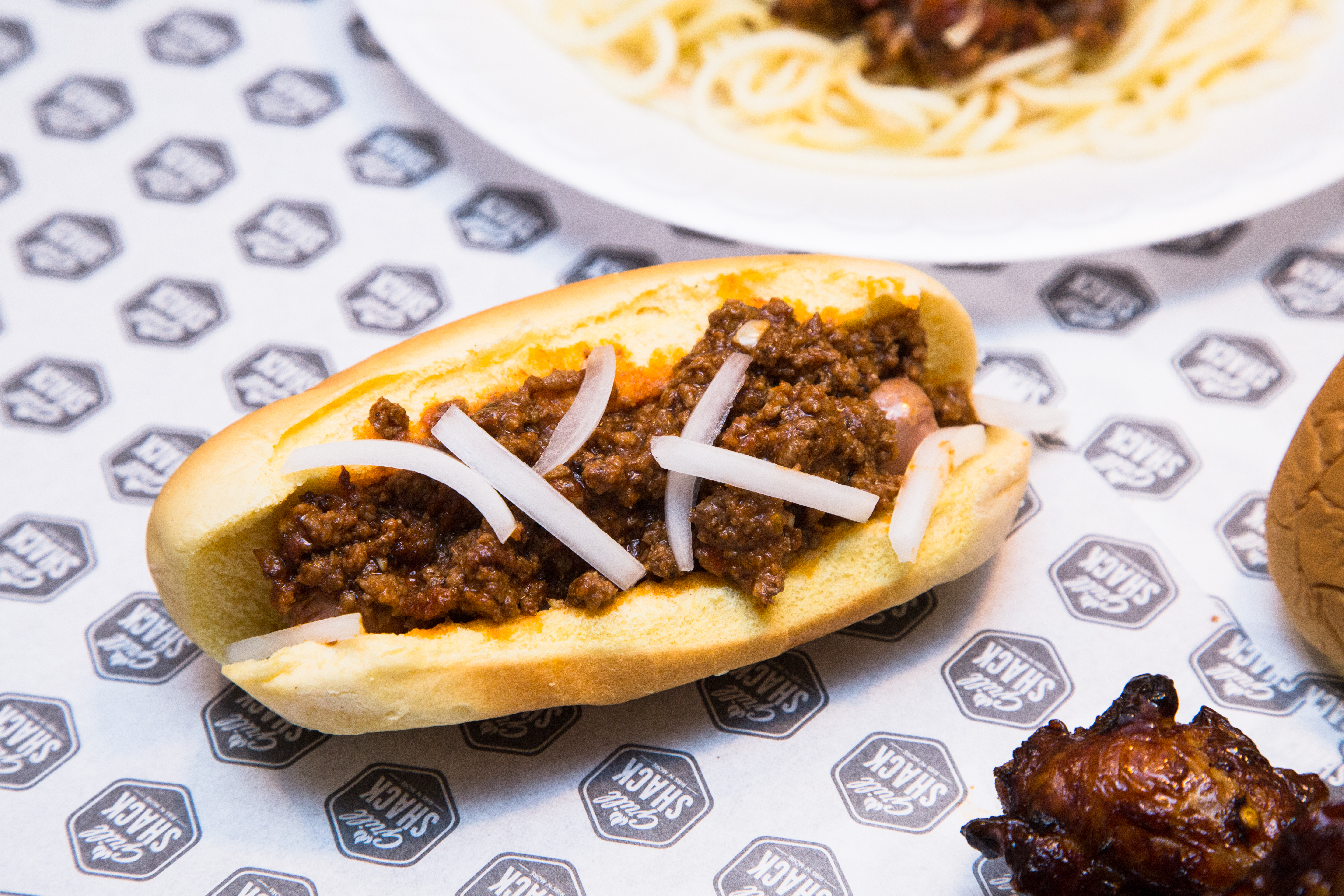 It’s been a while since I had my casual stop at a burger joint. This weekend I’ll take you to my new favourite spot that was recently opened in Azaiba (at the petrol station, nearby McDonald’s on your way to the airport), where they serve cheesy, juicy burgers, humongous hotdog treats, and barbecued ribs.
One day, I left the office in a severe state of hunger. I needed a proper sandwich that was filling yet easy on the stomach; since it was my first meal of the day (yes, breakfast and lunch were skipped on that day) I had to be selective on what’s going to be served fast with no compromises with the quality. Well, a friend of mine suggested to hit the road and try Grill Shack burgers. So I did. I was stunned by how delightful their burgers were. The moment I walked in the restaurant I knew I would be stuffing my face with all kinds of treats, and I successfully did that and packed more for later.
**media[808049]**
Grill Shack is simply a one-stop-shop for those who want to have a quick-yet-gourmet style burgers that are served with all your favourite toppings like meat, cheeses, and mayos. And, they also serve mini burgers (also known as sliders); hotdog sandwiches; spaghetti and meatballs; perfectly seasoned and grilled chicken and wings; chilli con carne fries inspired by the French poutine dish; smoky ribs; and of course a selection of beef and chicken burgers.
I entered the place and walked towards the self-service counter to place my order. I wasn’t joking about being hungry, so I ordered two burgers, a hotdog sandwich, some ribs, a side dish, and a coke.
The first burger was Shack Royale Deluxe; a seasoned and chargrilled patty, topped with melting cheese, iceberg lettuce, tomato, onions, and Grill Shack’s special in-house sauce, sandwiched in potato buns. The taste was impeccable and juicy, and the sauce added a delicious burst of flavours to the burger.
The second burger came in. Spicy Shack, a chargrilled patty, topped with cheese, tomato, onion, and beef bacon, drizzled with the in-house special sauce, served on a potato bun as well. This was definitely a favourite of mine; I was sold the moment I tasted the paradisiac combination of cheese and bacon.
**media[808047]**
By the end of this session, my stomach was still asking for more, so I dived into Shack Ribs, tender, smoky beef short ribs, oven-cooked for four hours, and brushed with an in-house special rib sauce for that final touch. This was quite a delight, I devoured the ribs like nobody’s business. They were perfection.
My stomach couldn’t handle another bite after the ribs, I was officially on the verge of bursting. So, I took one last bite off my fourth meal. The Jumbo Chilli Dawg, and 8-inch hotdog, topped with chilli con carne, white onions, and served on a 6-inch bun. I am a huge fan of the chilli mix, so I had a feeling that this will be an awesome treat, and it was superb. I couldn’t breathe anymore, so I packed the sandwich for later.
**media[808048]**
As I was indulging on these delicious treats, I placed my side dish of Cheddar Cheese Jalapeños on the right side of my table and kept on popping one chilli after another. These treats are to die for; they are beautifully crunchy on the outside, and super flavourful and cheesy on the inside. Don’t take small bites with this one, munch the whole Jalapeño piece and enjoy a warm, cheesy explosion in your mouth.
Grill Shack is going to be one of my stops from now on, their burgers are perfectly sized and are not that filling, which makes them a great option for those of us who just want to grab something quickly and eat it on-the-go. I totally recommend this place, especially for their Spicy Shack, Jalapeño Cheese, and Shack Ribs. –[email protected]
( Photos by Salem Al Afifi)