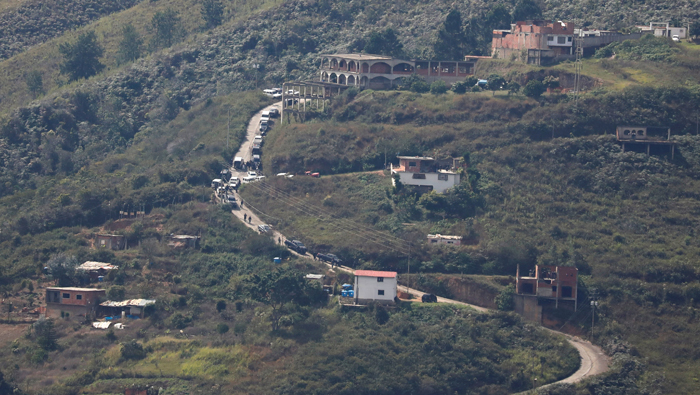 Caracas: Rogue Venezuelan helicopter pilot Oscar Perez was killed in a police operation on Monday along with six other members of a "terrorist cell," the interior minister said on Tuesday, spurring opposition complaints of human rights violations.
Perez, a photogenic ex police officer who once starred in an action film, last year used a stolen helicopter to attack government buildings and stole weapons from a military base in what he called a rebellion against President Nicolas Maduro.
He appeared with a bloody face in nearly a dozen Instagram videos early on Monday, saying he was surrounded by authorities shooting at him with grenade launchers even though he was promising to surrender.
Interior Minister Nestor Reverol in a press conference said seven "terrorists" including Perez were killed in the operation outside Caracas along with two police officers involved in the raid. He said Perez' group had attacked first and that officials had acted in self-defense.
Maduro's socialist government has described Perez as a "fanatic, extremist terrorist" and had been carrying out a manhunt for him since last June. Government critics initially questioned whether Perez' attacks were staged in cahoots with the government to justify a further crackdown on the opposition. But his death prompted an outcry over what critics called an extrajudicial killing and turned him into a martyr for hard-line foes of Maduro. "Honor and glory to those brave citizens who gave their life for their ideals," tweeted former Caracas mayor Antonio Ledezma, now in exile in Spain after himself being jailed on charges of leading a coup against Maduro.