We will 'strangle' US-backed force in Syria before it's even born, says Erdogan 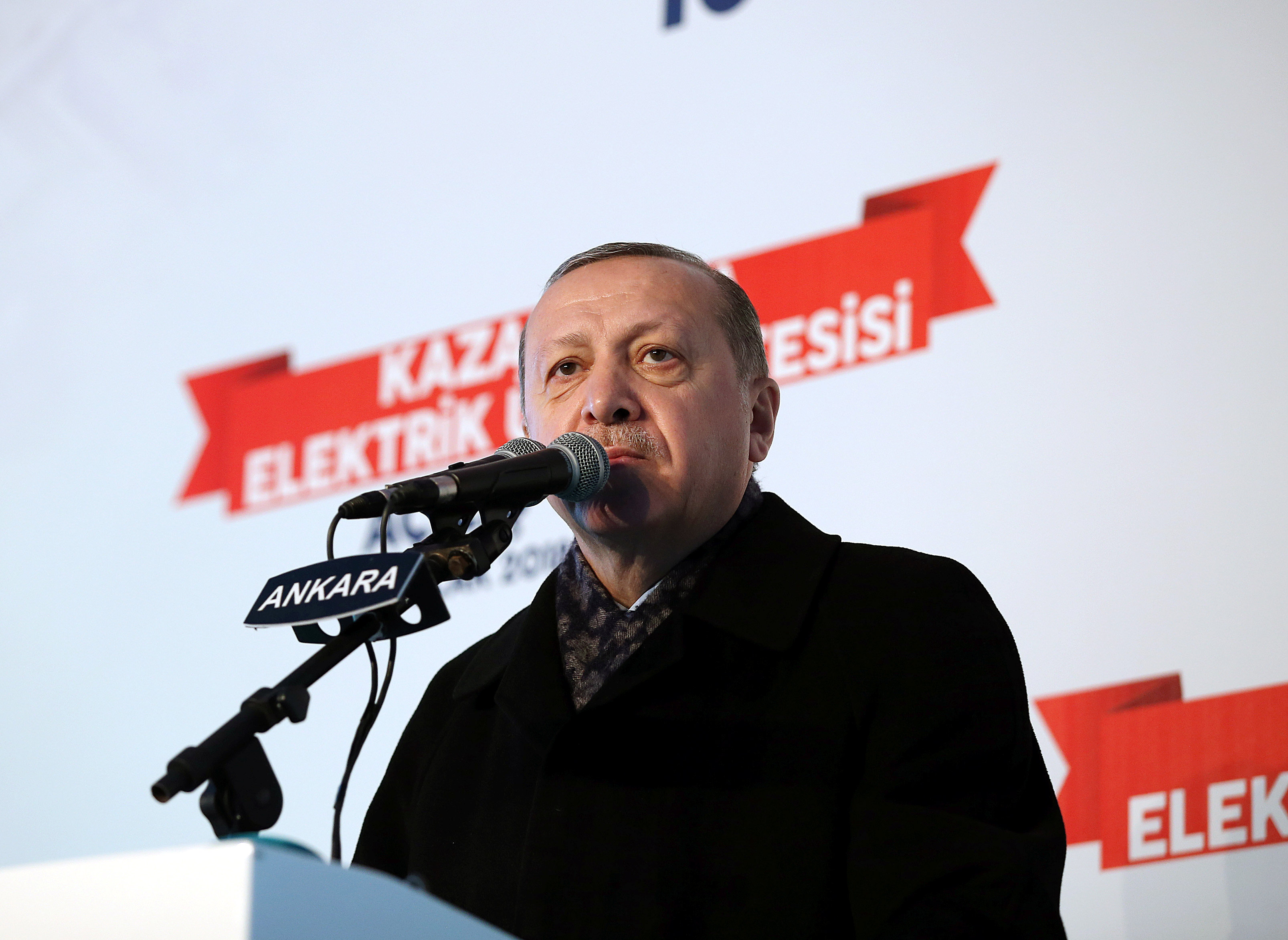 Beirut/Istanbul: Turkey's Tayyip Erdogan threatened on Monday to "strangle" a planned 30,000-strong US-backed force in Syria "before it's even born," as Washington's backing for Kurdish fighters drove a wedge into relations with one of its main Middle East allies.
The United States announced its support on Sunday for plans for a "border force" to defend territory held by U.S.-backed, Kurdish-led fighters in northern Syria.
The Syrian government of President Bashar Al Assad responded on Monday by vowing to crush the new force and drive US troops from the country. Assad's ally Russia called the plans a plot to dismember Syria and place part of it under US control.
But the strongest denunciation came from Erdogan, who has presided as relations between the United States and its biggest Muslim ally within NATO have stretched to the breaking point.
"A country we call an ally is insisting on forming a terror army on our borders," Erdogan said of the United States in a speech in Ankara. "What can that terror army target but Turkey?"
"Our mission is to strangle it before it's even born."
Erdogan said Turkey had completed preparations for an operation in Kurdish-held territory in northern Syria.
The United States has led an international coalition using air strikes and special forces troops to aid fighters on the ground battling IS militants in Syria since 2014. It has about 2,000 troops on the ground in Syria.
The US intervention has taken place on the periphery of a near seven-year civil war that has killed hundreds of thousands of people and driven more than 11 million from their homes.
IS was effectively defeated last year, but Washington says its troops are prepared to stay to make sure the militant group cannot return, also citing the need for meaningful progress in UN-led peace talks.
For much of the war, the United States and Turkey worked together, jointly supporting forces fighting against Assad's government. But a US decision to back Kurdish fighters in northern Syria in recent years has enraged Ankara.
Meanwhile, the Assad government, backed by Russia and Iran, has made great strides over the past two years in defeating a range of opponents, restoring control over nearly all of Syria's main cities.
It considers the continued US presence a threat to its ambition to restore full control over the entire country.
On Sunday, the US-led coalition said it was working with its militia allies, the mainly Kurdish-led Syrian Democratic Forces (SDF), to set up the new force to patrol the Turkish and Iraqi borders, as well as within Syria along the Euphrates River which separates SDF territory from that held by the government.
Turkey views the Kurdish forces supported by the United States as a national security threat. It says the Syrian Kurdish PYD movement and the affiliated YPG militia, the backbone of the US-backed SDF force in Syria, are allies of the PKK, a banned Kurdish group waging an insurgency in southern Turkey.
"This is what we have to say to all our allies: don't get in between us and terrorist organisations, or we will not be responsible for the unwanted consequences," Erdogan said.
"Either you take off your flags on those terrorist organisations, or we will have to hand those flags over to you, Don't force us to bury in the ground those who are with terrorists," he said.
"Our operations will continue until not a single terrorist remains along our borders, let alone 30,000 of them."
Syria's main Kurdish groups have emerged so far as one of the few winners in the Syrian war, working to entrench their autonomy over large parts of northern Syria. Washington opposes those autonomy plans even as it has backed the SDF.
The Syrian government and the main Kurdish parties have mostly avoided conflict during the civil war, as both sides focused on fighting other groups. But Assad's rhetoric towards the Kurds has turned increasingly hostile.
Damascus denounced the new border force as a "blatant assault" on its sovereignty, Syrian state media said. It said any Syrian who joined the force would be deemed "a traitor".
"What the American administration has done comes in the context of its destructive policy in the region to fragment countries... and impede any solutions to the crises," state news agency SANA cited a foreign ministry source as saying.
Assad's allies have also chimed in. In an apparent reference to the force, senior Iranian official Ali Shamkhani said it was "doomed to failure", Fars news agency reported.
Russian Foreign Minister Sergei Lavrov said: "The actions that we see now show that the United States does not want to maintain the territorial integrity of Syria."
"Fundamentally, this means the breakup of a large territory along the border with Turkey and Iraq," Lavrov said. The zone would be controlled by groups "under the leadership of the United States", he added.
The coalition said the Border Security Force would operate under SDF command, and about 230 individuals were currently undergoing training in its inaugural class.
Its ethnic composition will reflect the areas in which the force serves. More Arabs would serve along the Euphrates River Valley and the Iraqi border, and more Kurds would serve in areas of northern Syria, the coalition said.