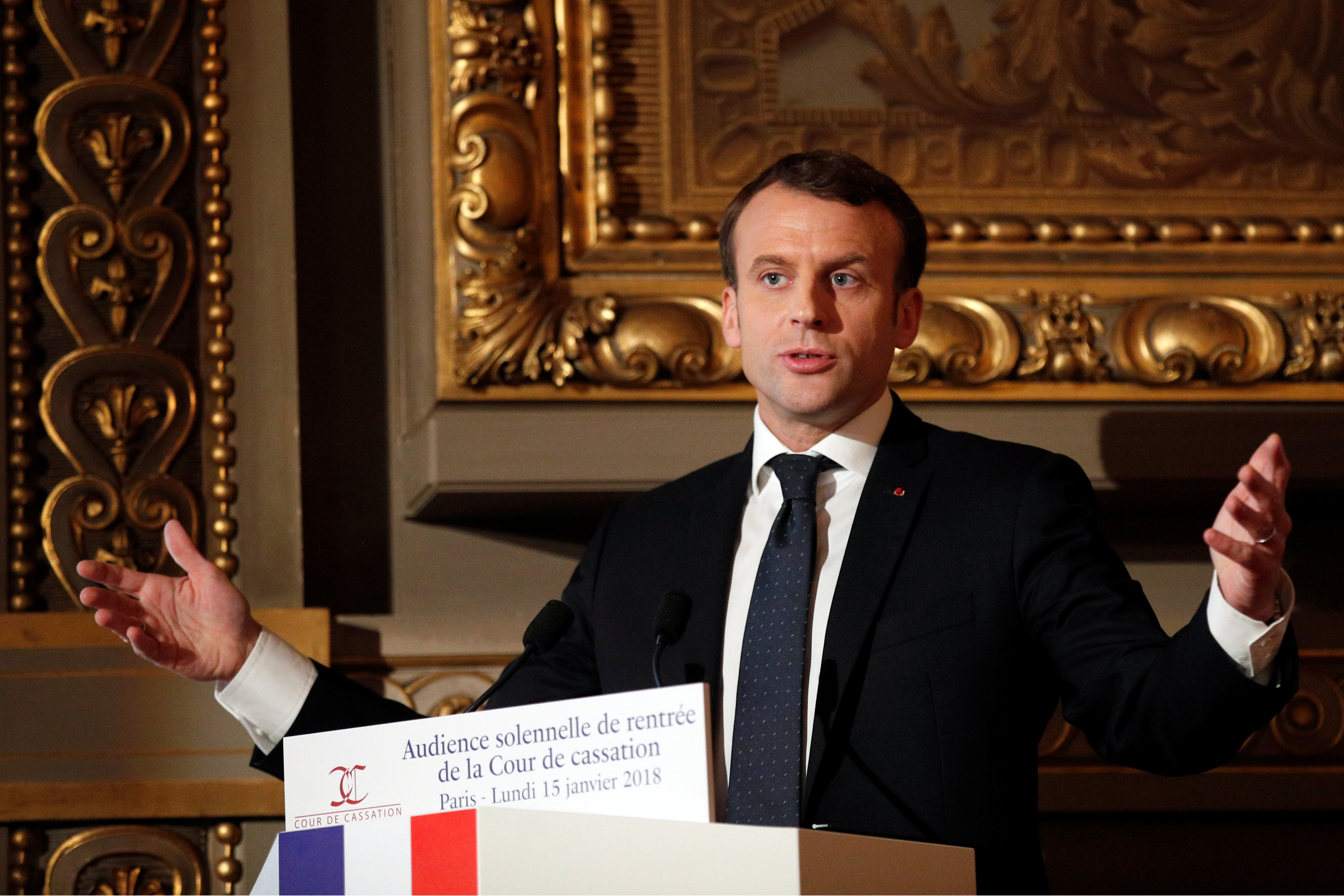 Paris: France expects Britain to agree to take more asylum seekers and pay more for border security in order to maintain a frontier on the French side of the Channel, a French government official said.
Britain's border was extended into France under a 2003 bilateral treaty known as the Le Touquet accord. But a migration crisis and the Brexit vote to leave the European Union have made the arrangement an increasing source of friction.
The deal will be on the table on Thursday when President Emmanuel Macron holds talks with British Prime Minister Theresa May at a Anglo-French summit in southern England.
Asked if concrete announcements are expected at the talks, the source said: "Yes. But is it all finalised? Absolutely not."
France's Interior Minister Gerard Collomb, who has taken the lead on talks, was quoted by the Le Parisien newspaper on Sunday saying he hoped an "additional protocol" to supplement the Le Touquet accord could be agreed upon.
His comments indicated Macron has dropped a campaign promise to renegotiate the Le Touquet accord in full.
"We're still negotiating. There is back and forth. Nothing is locked in yet. The British have shaken on nothing but there's a lot of pressure on them," said the official familiar with Collomb's thinking. If no deal can be struck, France could tear up the Le Touquet accord and the two countries would have to reinstate borders on each side of the English Channel, the source said, adding that this was not in the interest of either side.
"Our understanding is that they will pay more. The question is how much and for what," said the source, adding that the two sides are in daily contact ahead of the summit.
"We have let them know of our needs and a figure, we're talking tens of millions of euros."
Some pro-Brexit lawmakers from Britain's ruling Conservative Party have branded suggestions London pay more as "absurd".
Britain's interior ministry said the government was working "closely with the French authorities at all levels to reduce migrant pressures and target criminal gangs involved in people trafficking, both in northern France and further afield."
A spokesman for Prime Minister Theresa May told reporters he would not speculate on what discussions would be had on Thursday, but added that Britain had previously provided additional security help to France at the border.
"This is an agreement which has served both sides well since its inception. I would point out the fact that we have provided help already such as through the provision of extra security fencing."
Macron will travel to Britain two days after visiting the northern port city of Calais, the final stopping point for migrants trying to cross the English Channel.
Calais has borne the brunt of the migration crisis in France and at its peak up to 10,000 migrants squatted in a sprawling camp dubbed "The Jungle", before former president Francois Hollande sent in bulldozers.
Paris has complained that it shoulders too much of the financial burden and handles more than its share of asylum cases, while Macron said in 2016 before becoming president that there would be no migrants in Calais if the accord unravelled.
Britain had paid 140 million euros ($171 million) in the past three years towards border and security infrastructure, but this needed to be increased in the future, the official, who declined to be named, told Reuters.
Other options included Britain co-financing a detention centre for illegal migrants, organising repatriation flights and assisting with expulsions, the source said.
France is also asking for legal provisions to ensure Britain accepts more refugees, the official said, adding that it could take more unaccompanied minors under the terms of EU rules.
Macron has come under fire over legislation his government is drafting to speed up the processing of asylum demands and help it expel illegal migrants who do not have a legitimate cause for refugee status.