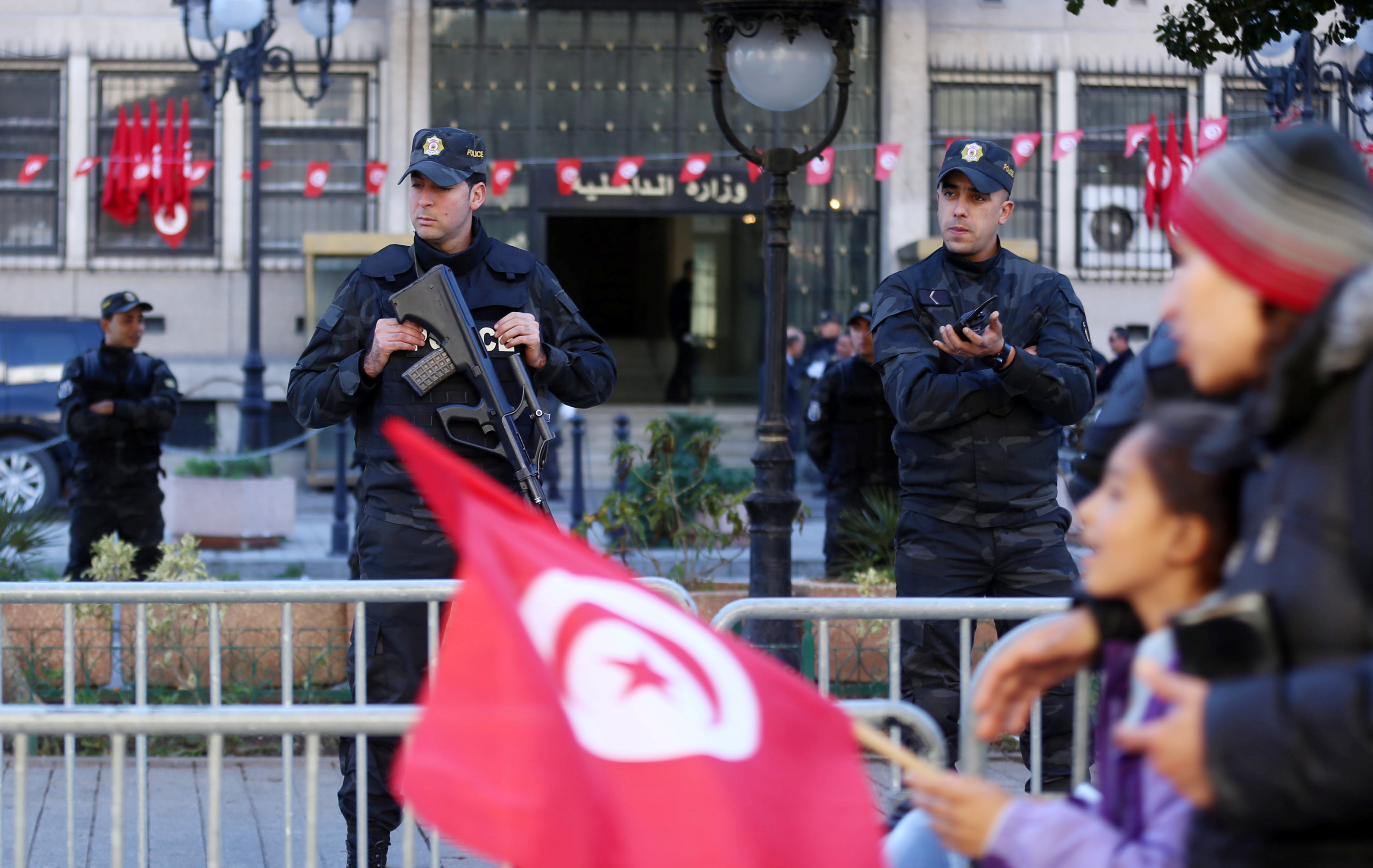 Tunis: Tunisian police arrested 41 more protesters after fresh violent protests against austerity measures in the North African country, the interior ministry said on Monday, bringing the number of arrested to around 850.
Protests which started about a week ago erupted again on Sunday, fuelled by anger at tax and price increases imposed by the government to cut a budget deficit.
A Reuters witness saw youths throwing stones at police cars and setting fire to tires before security forces drove them back with tear gas in the Ettadamen district in Tunis last night. There were also protests in Kram district.
On Monday, the situation was calm.
"The movements (protests) were limited to Ettadamen, Daoura, Hicher and Kram in the capital and in Sidi Bouzid and Feriana," Khelifa Chibani, spokesman of the interior ministry, said. Some protestors had tried to break into a customs building, he added.
A total of 41 protesters were arrested, he said.
The government pledged on Saturday extra aid for poor families and those in need in response to the demonstrations.
Tunisia has been hailed as the only democratic success of the Arab Spring: the one Arab country to topple a long-serving leader in those uprisings without triggering widespread violence or civil war.
But Tunisia has had nine governments since Zine El Abidine Ben Ali's overthrow in 2011, none of which have been able to resolve deep-rooted economic problems. The economy has worsened since a vital tourism sector was nearly wiped out by a wave of deadly militant attacks in 2015.