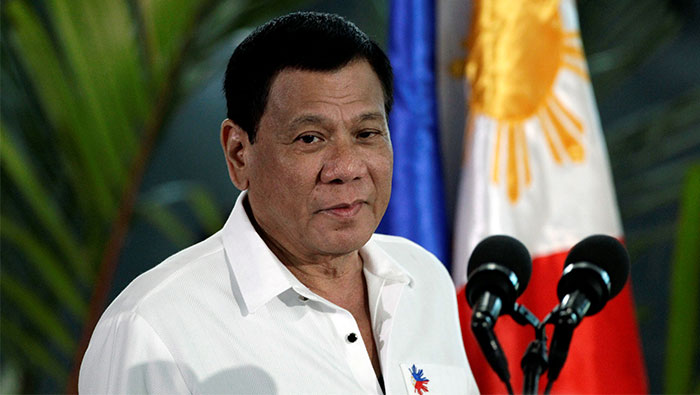 Manila: Philippine President Rodrigo Duterte's trust rating bounced back to "excellent" in December from "very high" three months before, with four of every five adult Filipinos giving him the highest score in a survey that focused on his personality.
Duterte's trust rating in pollster Social Weather Station's(SWS) quarterly surveys had been "excellent" from the time he took power in June 2016 until June last year, before it dipped in the third quarter, raising questions about whether he might be starting to lose his almost rock-star appeal.
Although that rating was still high, the size of the fall - 18 points - was notable for a former southern mayor who is regarded by millions of working class Filipinos as the best hope for long overdue change after a succession of Manila-centric leaders who failed to deliver.
But Presidential spokesman Harry Roque said the latest survey showed the public recognised that Duterte was exercising political will to address security and crime problems and ensure sustained economic growth.
"He has promoted the rule of law against the threats of terrorism and, of course, he is winning the war against drugs," he told reporters, referring to Duterte's signature and deadly anti-narcotics campaign.
The firebrand leader has also been enjoying majority approval and trust ratings from surveys done by another pollster, Pulse Asia, despite drawing international criticisms for his abusive public comments and a war on drugs that has killed thousands of Filipinos.
The SWS survey, conducted from December 8 to 16 using face-to-face interviews with 1,200 respondents, found 83 percent of adult Filipinos with "much trust" in him.
SWS said public satisfaction with Duterte's performance was also high with a score of 58 in December, improving from 48 in the previous quarter.