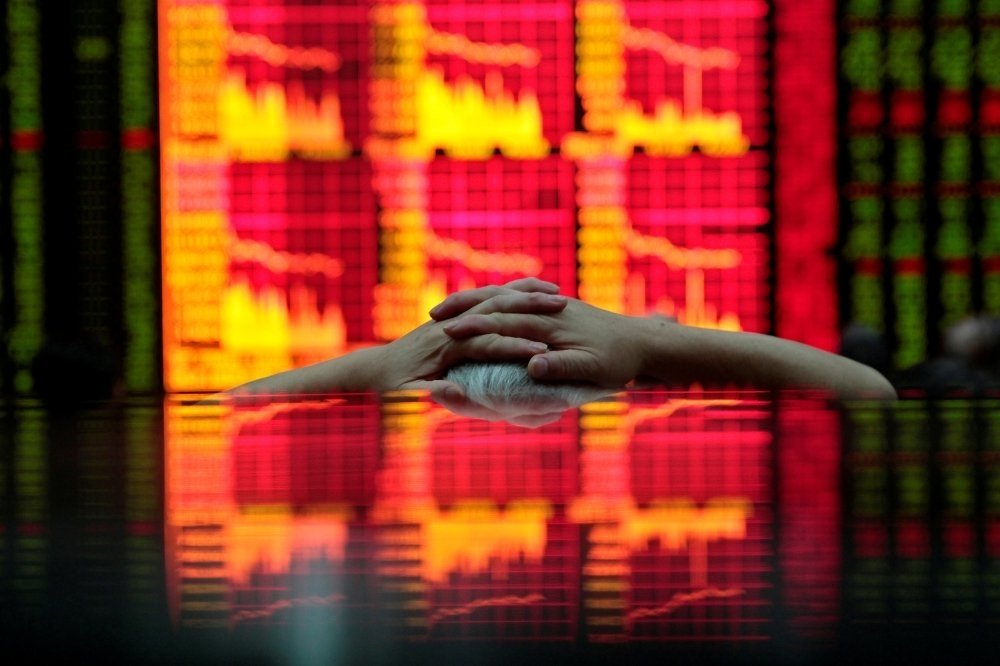 Shanghai: China stocks were little changed on Thursday, with the benchmark index up for a 10th successive session even as investors took profit in consumer and energy firms after a recent robust rally.
A media report that China was considering reducing or halting purchases of U.S. Treasuries had little impact on the share market.
At the close, the Shanghai Composite index was up 3.74 points or 0.11 per cent at 3,425.57, its highest in seven weeks.
The blue-chip CSI300 index was down 0.05 per cent, with its financial sector sub-index higher by 0.29 per cent, the consumer staples sector down 1.24 per cent, the real estate index down 0.39 per cent and healthcare sub-index down 0.39 per cent.
The smaller Shenzhen index ended up 0.38 per cent and the start-up board ChiNext Composite index was higher by 0.73 per cent.
Around the region, MSCI's Asia ex-Japan stock index was weaker by 0.27 per cent while Japan's Nikkei index closed down 0.33 per cent .
At 07:03 GMT, the yuan was quoted at 6.5085 per U.S. dollar, 0.02 per cent weaker than the previous close of 6.5071.
The largest percentage gainers in the main Shanghai Composite index were Chengdu Xuguang Electronics Co Ltd up 10.05 per cent, followed by Beijing Vantone Real Estate Co Ltd gaining 10.04 per cent and Sunyard System Engineering Co Ltd up by 10.03 per cent.
The largest percentage losses in the Shanghai index were Anhui Conch Cement Co Ltd down 7.27 per cent, followed by Zhuzhou Kibing Group Co Ltd losing 7.1 per cent and Gansu Qilianshan Cement Group Co Ltd down by 5.91 per cent.
So far this year, the Shanghai stock index is up 3.47 per cent, the CSI300 is up this year, while China's H-share index listed in Hong Kong is up 5.0 per cent.
About 17.38 billion shares were traded on the Shanghai exchange, roughly 109.7 per cent of the market's 30-day moving average of 15.85 billion shares a day. The volume in the previous trading session was 20.91 billion.
As of 07:04 GMT, China's A-shares were trading at a premium of 28.16 per cent over the Hong Kong-listed H-shares.
The Shanghai stock index is above its 50-day moving average and above its 200-day moving average.
The price-to-earnings ratio of the Shanghai index was 15.45 as of the last full trading day while the dividend yield was 1.9 per cent.
So far this week, the market capitalisation of the Shanghai stock index has risen by 1.05 per cent to 30.02 trillion yuan.