Tunisia arrests 237 in clashes with protesters 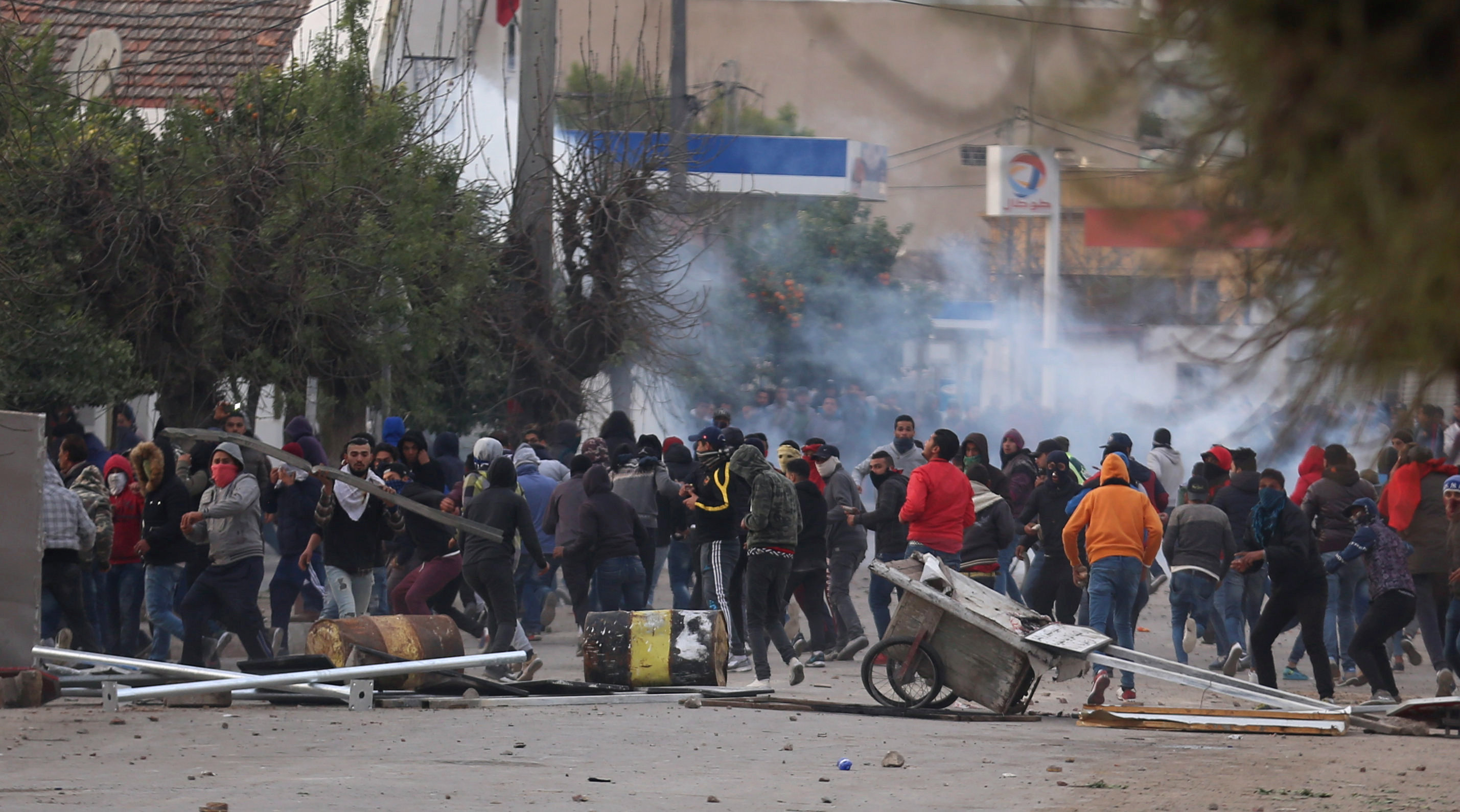 Tunis: Tunisian police arrested 237 people, including two extremists, for attacking police stations and government buildings and for vandalism in anti-government protests, the interior ministry said on Wednesday, as a Jewish school was attacked.
Demonstrations broke out in the North African country on Sunday spreading since then to more than 20 towns as people protest against new tax and price increases imposed by the government on January 1 to reduce a ballooning deficit and satisfy foreign lenders.
While Tunisia is widely seen as the only democratic success story among the nations where Arab Spring revolts took place in 2011, it has had nine governments since then and none of them have been able to tackle growing economic problems.
Clashes erupted in more than 20 towns late on Tuesday, and some people also hurled petrol bombs at a Jewish school on the southern tourist island of Djerba, home to an ancient Jewish community.
There were no protests in Djerba but locals said the assailants had exploited the fact that there was a reduced security presence as police were busy elsewhere.
"Unknown people took the opportunity of the protests and threw Molotov cocktails into the lobby of a Jewish religious school in Djerba," the head of the local Jewish community, Perez Trabelsi, told Reuters.
Jews have lived in Tunisia for over 2,000 years, and Djerba is home to Africa's oldest synagogue, which was hit by Al Qaeda-linked militants in 2002 in a truck bomb attack that killed 21 people including Western tourists.
About 50 policemen were wounded in clashes and 237 arrested on Tuesday, said interior ministry spokesman Khelifa Chibani.
Among the arrested were two radical extremists who had helped storm a police station in Nefza town, he said.
In Tunis, a crowd stormed a Carrefour market.
"Last night criminals looted and burned security centres, 45 police cars were torched and some government offices were attacked," Chibani said. "They blocked roads and carried out robberies in many cities ... Obviously, these are not protests, but theft and damage to public and private property."
Protests drew in hundreds in each town where demonstrations were staged but they have been smaller than in previous instances since 2011 in Tunisia, where extremists, secular groups and labour unions have argued over the country's direction.
Public anger has been building since January 1, when the government raised the prices of petrol and other items and hiked taxes on cars, phone calls, internet usage and hotel accommodation as part of those economic reforms.
The Ennahda religious party, which rules with secularists, said the government should raise the minimum monthly wage of 357 dinars ($143.17) and give more aid for poor families, joining similar calls by labour unions.
There was no immediate comment from the government.
But in a sign that the public coffers are strained, Taoufik Rajhi, minister of economic reforms, told parliament the state was unable to improve the health sector, infrastructure and education with one of the highest wage bills in the world in terms of the size of the economy.
Parliament approved on Tuesday a bill to offer voluntary redundancies to public service workers, part of the 2018 budget trying to cut the deficit. The 2011 uprising and two major militant attacks in Tunisia in 2015 damaged foreign investment and tourism, which accounts for 8 per cent of its economic activity.
The government says it wants to cut the public sector wage bill to 12.5 per cent of gross domestic product in 2020 from about 15 per cent now by offering voluntary redundancies.
But it is also trying to impose higher petrol prices and contributions to social security, which are tough for many people after years of hardship.