'Hindi is not the national language, it is an official language': Indian MP Shashi Tharoor 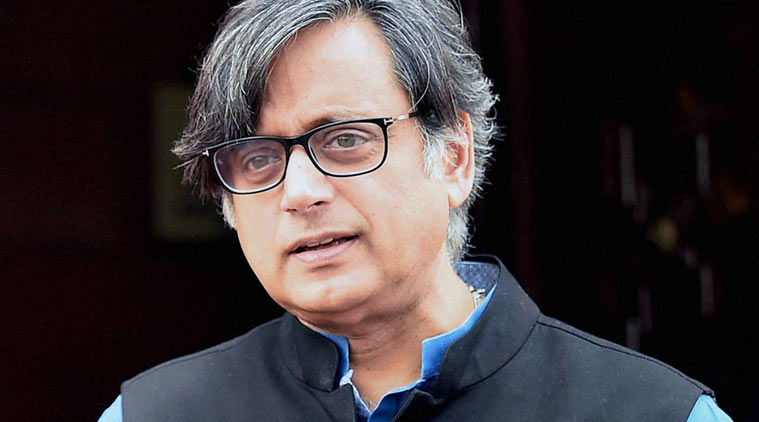 New Delhi: A war of words has erupted between Indian politician Shashi Tharoor and India’s Minister for External Affairs, Sushma Swaraj over making Hindi an official language at the United Nations.

Tharoor, who previously served at the UN as Under-Secretary General for Communications and Public Information, and is now MP for Thiruvananthapuram and Chairman of the Parliamentary Standing Committee for External Affairs, questioned the need for making Hindi one of the official languages of the UN, when very few outside India speak it and millions of Indians in the south have their own languages.

“The question is what purpose is being served by this,” he added. “If indeed we have a Prime Minister or Foreign Minister who prefers to speak Hindi, they can do so and we can pay to get that speech to be translated.
Why should we put our future Foreign Ministers and Prime Ministers who may be from Tamil Nadu in a position where they are condemned to be speaking a language for which we are paying?”

In response to this, Swaraj countered that it wasn’t just Indians, but significant portions of the populations in nations such as Guyana, Trinidad & Tobago, Mauritius, the Maldives, Fiji, as well as NRIs living overseas, who spoke the language.

“Hindi is an official language in Fiji, so do not say that it is an official language only in India,” Swaraj shot back at Tharoor. “All the...countries where there have been Indian origin rulers – Mauritius, Fiji, Surinam, Trinidad and Tobago, and Ghana – there are Indian-origin Hindi-speaking people too. In America, NRIs speak Hindi even today. When the Prime Minister addresses such a large number of Indian-origin people, he speaks in Hindi. People in Nepal also speak Hindi. To say that Hindi is only spoken in India – it is only a mark of your ignorance, and nothing else.”

To allow for the UN to make Hindi an official language could cost about 40 crore rupees, or about OMR2.5 million per annum. But while this is a cost India’s government would be willing to bear for the sake of national pride, smaller nations would not be interested in spending this amount of money, let alone have the funds to do so.

“"Not just Rs. 40 crore, the government is ready to spend Rs. 400 crore on it," added Swaraj, who blamed the voting system at the United Nations. “The problem comes when apart from voting, the burden of the amount also falls on them. Economically weaker countries that support us shy away from this.

“We are working on it, we are making attempts to get support of countries like Fiji, Mauritius, Suriname where people of Indian origin are there,” she said. “When we get that kind of support and they are also ready to bear the financial burden, it will become an official language.”

According to UN procedure, two-thirds of the 193 members of the UN (or 129 members) will need to vote in favour of making Hindi an official language, and share the financial burdens of doing so.