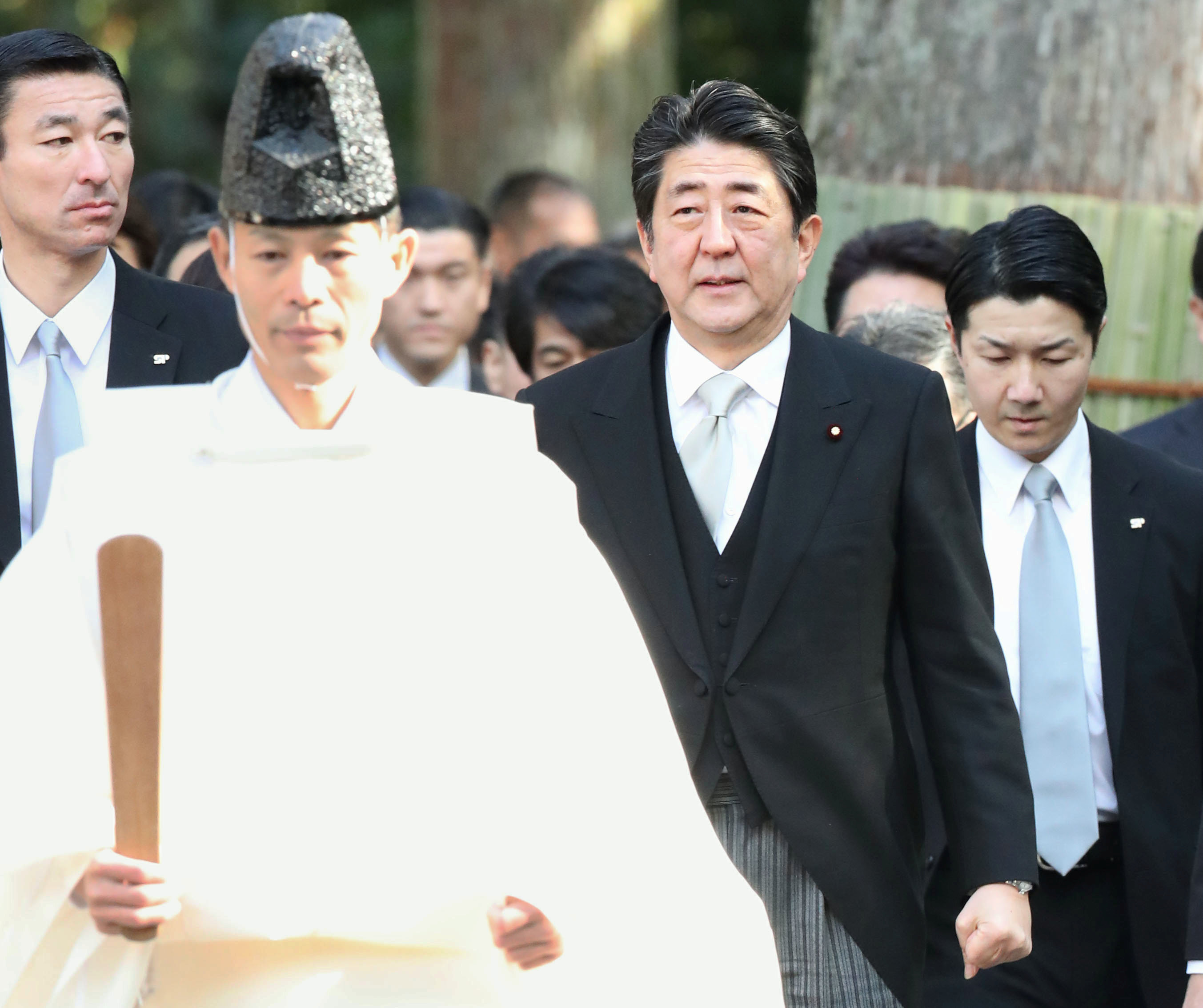 Tokyo: The security situation facing Japan is the most perilous since World War Two because of North Korea's "unacceptable" provocations, Prime Minister Shinzo Abe said on Thursday and he vowed to bolster defences to protect the Japanese people.

Tension in the region has been rising, particularly since North Korea conducted its sixth and largest nuclear test in September, and then in November, said it had successfully tested a new intercontinental ballistic missile that could reach all of the U.S. mainland.

"It is not an exaggeration to say that the security environment surrounding Japan is at its severest since World War Two. I will protect the people's lives and peaceful living in any situation," Abe told a New Year news conference.

Abe said Japan would take new steps to strengthen its defence posture but he did not go to specifics. The government approved a record military budget last month, with defence outlays due to rise for a sixth year, increasing by 1.3 percent to 5.19 trillion yen ($46 billion), with the biggest item 137 billion yen in reinforcing defences against North Korean ballistic missiles.

The U.S. ambassador to the United Nations, Nikki Haley, said this week the United States was hearing reports that North Korea might be preparing to fire another missile, and she warned it not to.

"It is absolutely unacceptable that North Korea is trampling the strong desire of Japan and the rest of the international community for peaceful resolutions and continuing with its provocative behaviour," Abe said.

Abe has said he wants to amend Japan's pacifist constitution with the aim of loosening constraints on the military, although the public is divided over changes to the charter imposed after Japan's World War Two defeat.
War-renouncing Article 9 of the constitution, if read literally, bans the existence of standing armed forces, but has long been interpreted to allow a military for exclusively defensive purposes. Abe said he wanted more debate on the issue.

"I would like this to be a year in which public debate over a constitutional revision will be deepened further," he said.