Dip in expat remittances from Oman in 2018 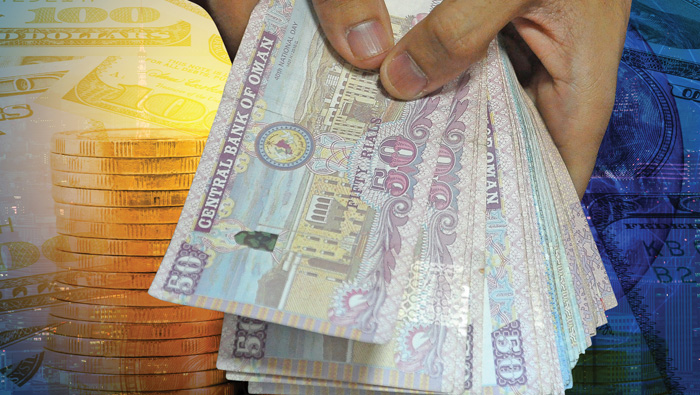 Muscat: Decreasing expat numbers brought about due to the current Omanisation policies being adopted by organisations have led to a significant dip in remittances sent home by expat residents in Oman in 2018.
As the country continues to pursue its policy on hiring more talented nationals and integrating more Omanis into the workforce, there has been a significant drop in expat numbers in the Sultanate, as corroborated by figures from the country’s National Centre for Statistics and Information (NCSI).
The latest Monthly Statistical Bulletin shows that as of October 2018, there had been a 3.8 per cent drop in the number of Indian expats in the Sultanate, which currently stands at 664,227, a 4.4 per cent drop in Bangladeshi expats (663,618), a 6.9 per cent decrease in Pakistani workers (219,901), and an 8.4 per cent reduction in the number of Tanzanian workers (13,775).
In addition, most of the expats who left had previously held white-collared jobs, with stats showing a decrease in the number of expats who held masters degrees (5.8 per cent), doctorates (2.6 per cent), higher diplomas (7.1 per cent), university qualifications (5.7 per cent), diplomas (4.6 per cent), preparatory school certificates (6.1 per cent) and secondary school degrees (6.7 per cent) all falling.
Incomes from these sections of the workforce would have amounted to a significant portion of expat remittances sent home, according to PK Subudhi, general manager for Mustafa Sultan Exchange.
“The reason the remittances have fallen is because the number of expats has gone down,” he told the Times of Oman. “There is a year-on-year fall in expat numbers, and any decrease in the expat numbers will definitely lead to a reduction in remittances. Obviously, this affects our business as well, because all of these things are directly linked.”
“Although the Indian rupee and Pakistani rupee have depreciated, the volume of remittances has gone down, and it has actually been appreciating for a bit. There was a time when the Indian rupee stood at Rs.191 per Omani rial, but it has now appreciated to about 183 or 184, so people are expecting that it will drop further, and then they will send money. But even the expats here don’t have a lot of surplus funds right now, and that has led to a drop in numbers,” said Subudhi.
“We don’t expect much of a jump in remittances in 2019, but we are hopeful that we will see a slow increase in the expat remittances in 2019,” added Subudhi.
R Madhusoodanan, General Manager of Global Money Exchange, also admitted, “There has also been a marginal decrease in remittances sent from Indian, Pakistani, and Bangladeshi expats.”
For example, Overseas Filipino Workers (OFWS) in Oman have sent home nearly US$200 million in 2018, according to a report published by the Central Bank of the Philippines. Data from the report showed that OFWs in the Sultanate sent remittances worth over $175 million (OMR67.4 million) from January-September 2018.
This represented a 35.1 per cent decline over the same period last year, when the total amount remitted was over $270 million (OMR104 million). The decline, which is the largest in the GCC, has been replicated across the Gulf. In Kuwait, remittances by OFWs during the same period dropped by 19.1 per cent, whereas in Qatar, remittances fell by 12.3 per cent.
In Saudi Arabia, OFWs sent home over $1.6 billion (OMR620 million), yet those figures were still 12.3 per cent lower than the same period last year. Meanwhile, in the UAE, remittances fell by 19.9 per cent. The decline in remittances in the GCC was replicated across the Middle East region, where the amount of money OFWs sent home fell by over 17 per cent.
Jaimes Delgado, a 35-year-old OFW, said, “I think this has happened because of the oil crisis and the employment ban. Here in Oman, we used to send more, but now, we are sending about half. Many Filipinos are also facing salary delays, making it more difficult to send money home. Now, many Filipinos prefer to work in other foreign countries. The United States, Australia, New Zealand and the UK are the preferred destinations.”
Data from the Central Bank of the Philippines highlighted Delgado’s point. While remittances fell in the Middle East, OFWs sent even more money home from Europe, the United States, and other parts of Asia.
In Europe, remittances rose 8.6 per cent to more than $3 billion (OMR1.15 billion). Remittances from OFWs in the Americas rose 9.1 per cent to $8.3 billion (OMR3.2 billion), with over $7 billion (OMR2.7 billion) of that amount sent from the United States, which also registered a 5.3 per cent rise in OFW remittances. Asia, excluding the Middle East, saw remittances from OFWs rise 13 per cent to $4.3 billion (OMR1.66 billion). OFWs in Japan provided the largest of that figure, sending home $1.1 billion (OMR420 million).
Another Filipino expat, Dem Salas of the Rizal Commercial Banking Corporation, said, “Once the contract of an OFW expires, some opt not to renew it, and instead, decide to seek a better job and look for greener pastures in another country.”
OFWs were not the only ones sending less money home. According to some exchange houses, Indians and Pakistanis were sending lower amounts of remittances as well.