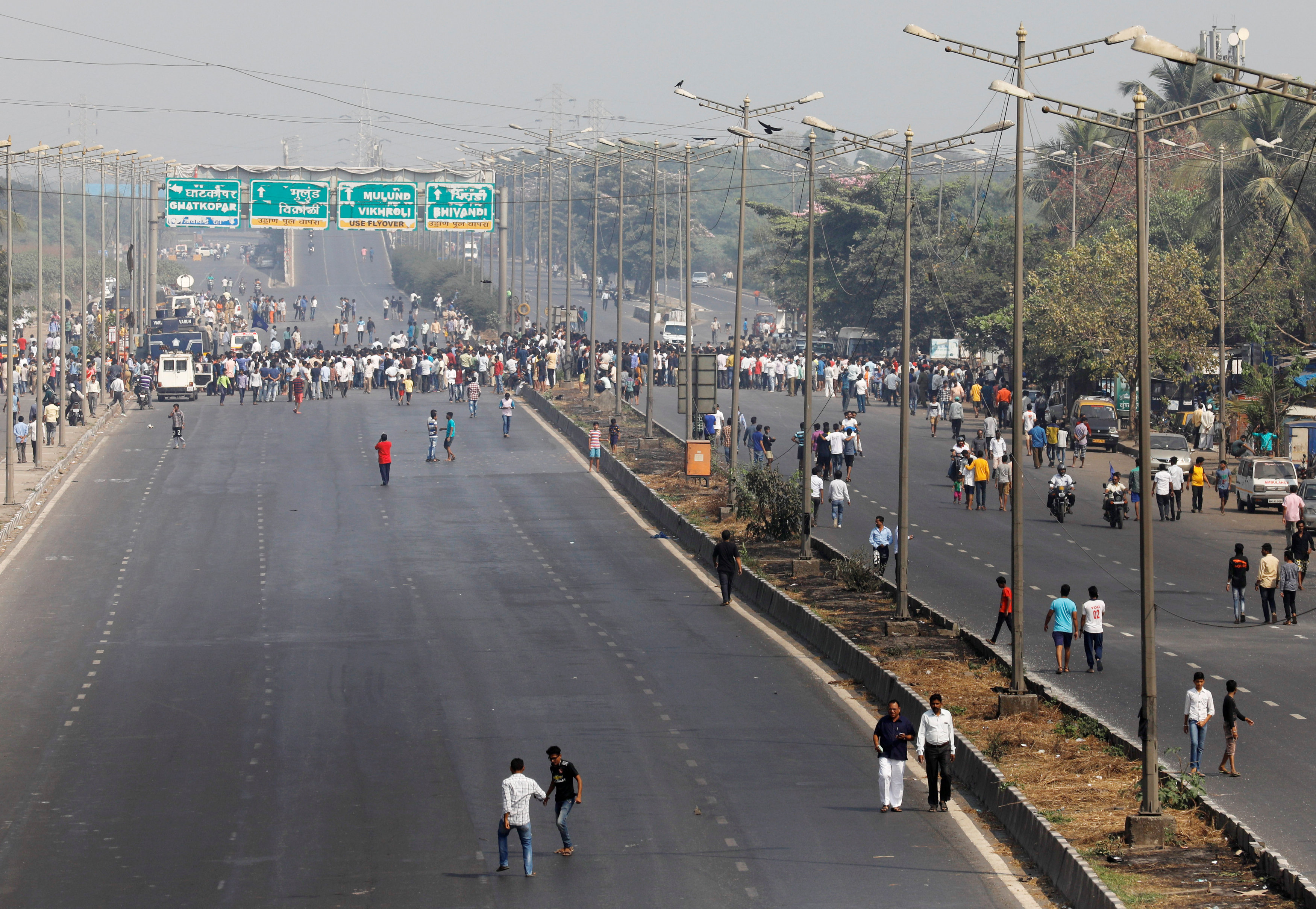 Mumbai: Protests disrupted business in India's financial hub of Mumbai for a second day on Wednesday as protesters pelted buses, blocked rail lines and shut malls after a clash with right-wing Hindus.
Mumbai police advised people to avoid a number of key roads and intersections. Train services, the life line of the city, stalled throughout the day.
The Dalit call for a general strike across the western state of Maharashtra led to largely peaceful demonstrations. Police said protesters burned a few buses round the state, while dozens of buses and cars were damaged in Mumbai.
The Dalits, who rank at the bottom in India's ancient caste hierarchy, called the strike in protest against an attack by right-wing groups in the city of Pune, 150 km (95 miles) from Mumbai, on Monday.
The attack came as the community was celebrating the 200th anniversary of a battle they won, fighting alongside British colonial forces, against an upper-caste ruler. A 28-year-old man was killed in the clashes, according to the state government.
"The government didn't arrest the perpetrators of violence in Pune. Hindu group members were beating Dalits and the police were just watching from afar," said protester Sandeep Kamble. "We are demanding the arrest of the culprits."
Thousands of Dalits hurled stones and caused traffic disruption across Mumbai on Tuesday. Dalits have been ostracised by upper-caste Hindus for centuries for doing jobs they deemed as impure, such as working in tanneries and as picking garbage.
"We've called for a bandh (shutdown), but we're not forcing people. They can join us or stay away," said Prakash Ambedkar, a leader of the Dalit community.
In parts of the Mumbai suburb of Thane, officials banned the assembly of crowds, small or large. Schools were closed in some cities, while internet access was also limited.
Fleet taxis, along with cab hailing services like Uber and Ola, were also largely off the roads in Mumbai on Wednesday, while several offices asked employees to work from home.