As US ports go, so goes the US economy 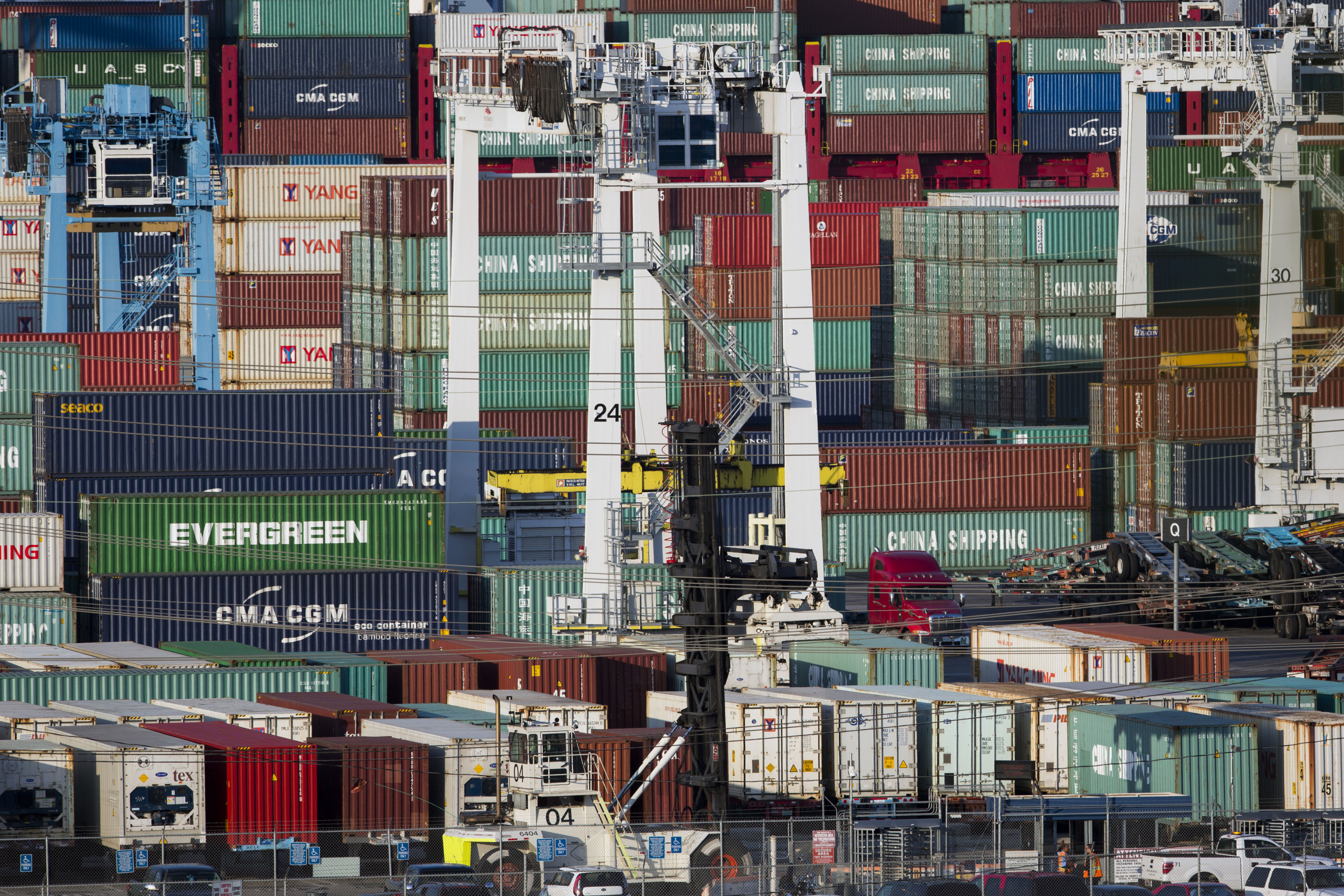 You've heard it from Donald Trump. You've heard it from Bernie Sanders. Hillary Clinton chimed in. Some famous economists, too. It's the idea that trade liberalisation has sapped US economic strength, and that it's time to make it stop.
Flourishing US ports tell a different story. Business is booming, and the unprecedented quantity and quality of port commerce announces their role as a leading indicator of America's strengthening job market and her robust consumers.
Los Angeles and Long Beach, the continent's two biggest gateways, reported the best February traffic in their histories going back more than a century. Total imports to the US last month increased 27.4 per cent from 2015, the most since 2010. Everything from furniture and electronics to apparel and machinery unloaded and distributed via Los Angeles surged 46.6 per cent in February, the largest increase since February 2002. Long Beach traffic was up 44.7 per cent in the same period, its biggest monthly gain since 2013.
This means that the economy is healthy and poised to get better, benefiting from trade that is expanding big and small businesses alike while creating more and higher-paying jobs.
"I think we may be in a position to challenge the best year in the 108-year history of the Los Angeles port," its executive director, Gene Seroka, said in an interview. That was 2006. He added, "The US economy, not to be confused with the global economy, is strong and continues to grow."
His counterpart at the Port of Long Beach, Jon W. Slangerup, said, "It looks like we will have the biggest first quarter in our 105-year history and the third quarter should be like the third quarter of 2015, which was a record."
The Los Angeles and Long Beach ports, which account for about 40 per cent of all the goods entering the US, employ at least 60,000 people earning between $80,000 and $300,000 a year with retirement benefits that rival the most generous compensation in the history of organised American labour, according to Slangerup.
Total employment for all the US ports, including the men and women transporting goods by truck and rail to destinations throughout the country, is about 50 times that number. And that doesn't include all the jobs of people "getting goods to retailers, such as Wal-Mart and Target," Slangerup said.
Here's more good news: The ports are doing more while polluting less. Long Beach's Middle Harbor will become the "world's first mega-terminal with zero emissions, the fourth-biggest port in North America and the world's first all-electric port," when it's fully operational next month, Slangerup said.
That's not to say there's no downside to liberalising trade. A much-discussed recent paper has documented the way increased trade with China hurt American workers. Economists are recalibrating their profession's favourable outlook on free trade, though there's certainly no emerging consensus for more protectionism.
Overall, the US jobs picture has continued to improve as the ports boom. The unemployment rate has fallen to 4.9 per cent and is predicted to decline to 4.6 per cent next year. The US.enjoys a perennial trade surplus in manufactured goods, excluding oil, with 20 countries with which it has negotiated trade agreements (China isn't among them). And whatever disruption is caused by China's slowing economy is increasingly offset by US trade with Thailand, Vietnam, South Korea, Malaysia and Indonesia, says Slangerup.
As US port traffic began to surge last year, it coincided with growing confidence. The Bloomberg US Weekly Consumer Comfort Index, which measures how consumers feel about the economy, the climate for purchasing goods and services and their personal finances, is the strongest since 2008. "Many industry observers look to us as a leading indicator," says Seroka of Los Angeles, who at this point says "2016 will be better for us than 2015." - Bloomberg View