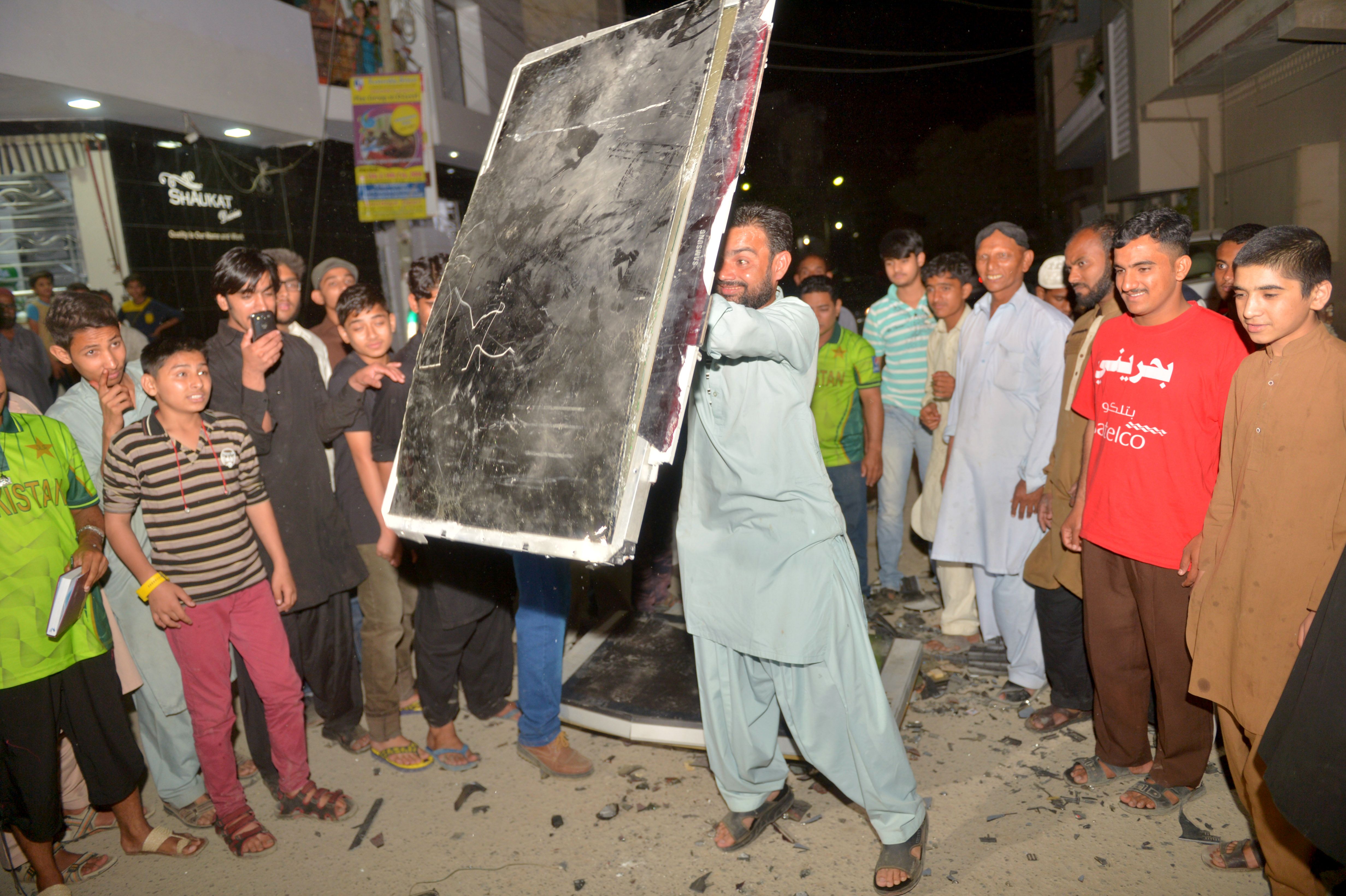 Karachi: Former players slammed Shahid Afridi's "tactically weak" captaincy, while irate fans smashed TV sets in disgust as Pakistan reacted angrily to the national team's defeat at the hands of arch-rivals India in the ICC World Twenty20.
Pakistan lost by six wickets to India in Kolkata on Saturday night. The result ensured that India remained unbeaten against Pakistan in the ICC world events.
Soon after the Indians notched up the win, disappointed cricket fans came out on roads to vent their anger and television channels showed them smashing TV sets in anger in some areas.
At some places fans also raised slogans against the Cricket Board and the team for letting them down again.
Former players and experts also lashed out at Shahid Afridi for his decision to drop spinner Emad Wasim and coming in to bat at one down.
Former Test batsman Basit Ali, who now heads the national junior selection committee, came up with the bizarre theory that former captain and great Imran Khan deliberately gave wrong advice to the team.
West Indian great Brian Lara was critical of Pakistan's decision to not play a specialist spinner.
The former Test captain also questioned the role of Afridi on PTV sports channel.
"I don't consider him a spinner or a proper batsman. I used to play him like a pace bowler. I am surprised that Pakistan dropped a spinner for the match against India," he said.
Lara said he was disappointed with the Pakistani performance.
"Neither Afridi nor Shoaib Malik are proper spinners and you needed a specialist spinner who can turn the ball in the match. Both bowled short of length and didn't get the right turn."
Pakistan's former captain Rashid Latif rued the absence of stability in the team.
"It made no sense to not take a specialist spinner to India. Worst to also drop a spinner for this match. There was also no reason for shuffling the batting order it hit the momentum of the team. Why Afridi preferred to come in place of Hafeez at one down is a mystery for me," Latif told PTI.
Pakistan's former spin great Saqlain Mushtaq also questioned the team's tactics for the big match.
"They couldn't read the pitch. But for such a high profile match they should have played a proper spinner. It was not a pitch to field four fast bowlers," he said.