Oman confident of recovery in oil prices after Doha meet 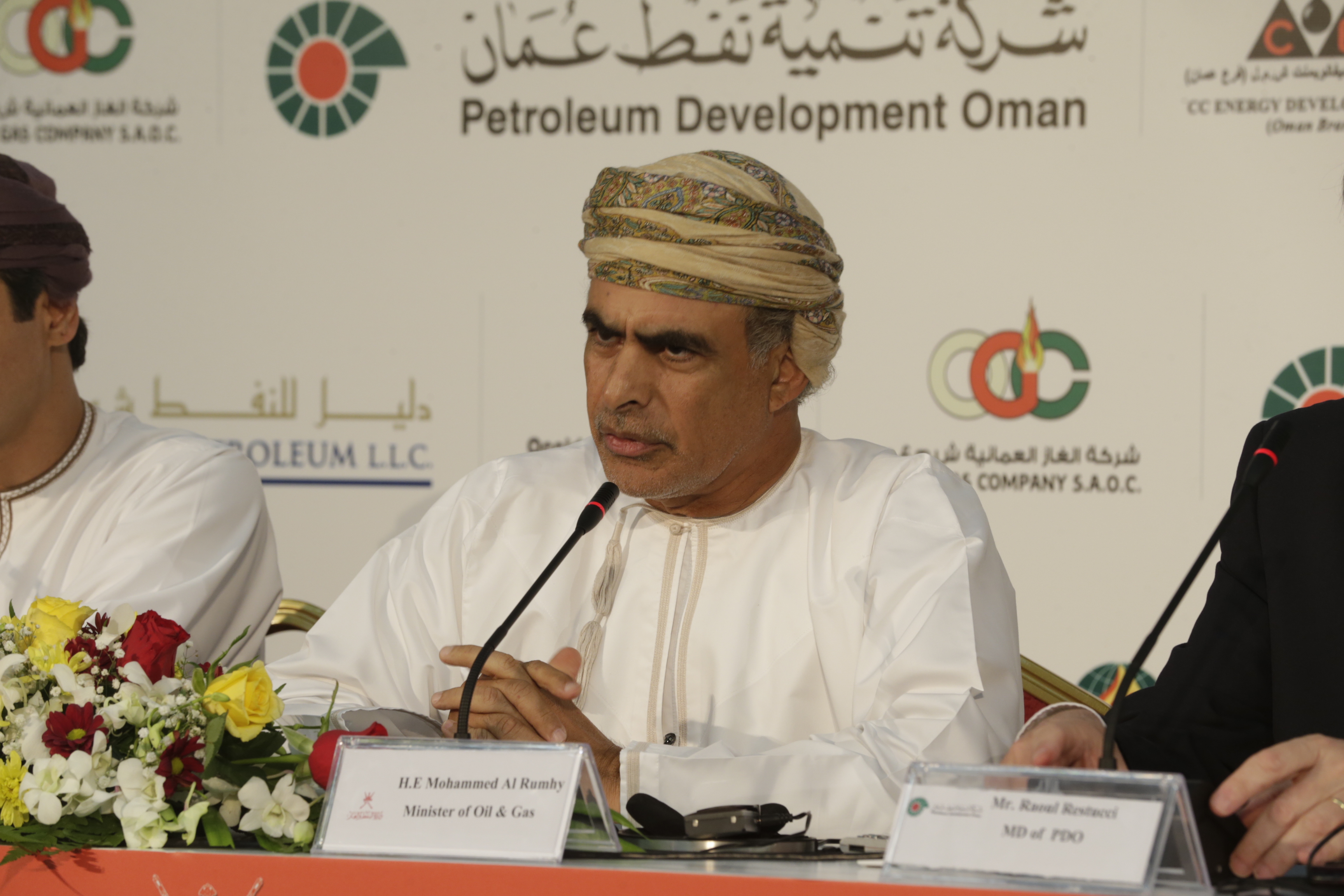 Muscat: Oman’s Minister of Oil and Gas Dr Mohammed bin Hamad Al Rumhy on Sunday said he is confident of crude oil prices recovering after a meeting of Opec and non-Opec members scheduled to take place in Qatari capital Doha to decide on freezing output.
Also read: Oman invests $11.4 billion in oil and gas sector
According to Dr Al Rumhy, oil prices might recover by 25 per cent by the end of the year, from the current level of around $37 per barrel for Oman Crude.
He said the oil producers will first have to agree or will have to reach an understanding on freezing production before the proposed meeting on April 17.
“I hope an agreement or understanding is already there so that the meeting is to just put a stamp on what has already been agreed upon,” added Dr Al Rumhy, speaking on the sidelines of the ministry’s annual press briefing to announce the achievements of the country in the energy sector.
The members of the Organisation of Petroleum Exporting Countries (Opec) and key oil producers from outside the group will meet on April 17 in Doha in a bid to stabilise falling crude prices.
The meeting is a follow-up to last month’s talks between Qatar, Russia, Saudi Arabia and Venezuela when they proposed an accord to freeze oil output at January levels.
Dr. Al Rumhy said there are expectations of prices touching $60 or $70 per barrel towards the end of the year. “All indications are that it will happen because the supply is really affected and the demand is still increasing. I am optimistic about it. By the end of the year, we will see a 25 per cent increase in crude oil price.”
The minister said Oman would attend the Doha meeting, if invited.
Freezing production
However, he noted that Oman’s willingness to cut production by 5 to 10 per cent would not influence supply much since the country is not a major oil producer.
“We are talking about countries cutting production by 1 million barrels or 1.5 million barrels per day.” This will have an impact on the global supply, he added.
Dr. Al Rumhy said the Sultanate, if needed, can manage a reduction in crude oil production by cutting the output of majority state-owned Petroleum Development Oman (PDO).
Oil production target
The minister said the average crude oil production of Oman this year would be around 990,000 barrels per day, against 980,000 barrels per day in 2015. The country’s average daily crude oil production in January and February was over one million barrels per day. However, crude oil production declined in March due to heavy rains. In July and December 2015, the Sultanate’s crude oil and condensate production exceeded one million barrels per day.
The minister said although some oil projects are being reviewed, the general policy is not to slowdown production. The government does not have any plans to reduce the country’s ability to produce oil and gas.
Similarly, natural gas production will increase this year by 1.5 million cubic metres per day to 104.5 million cubic metres per day from 103 million cubic metres per day last year.
The daily production of natural gas increased to the tune of 5.5 million cubic metres in 2015 over the previous year.
Salim Al Aufi, undersecretary at the Ministry of Oil and Gas, said that 437 million barrels were added to oil and condensates reserve and 0.07 trillion cubic feet to the gas reserve in 2015, due to the new discoveries and re-assessing the producing fields.
He said that the Sultanate's total reserves of oil and condensates amounted to about 5,373 million barrels and approximately 22.99 trillion cubic feet of gas by the end of 2015.
The undersecretary pointed out that refineries production from Mina Al Fahal and Sohar refineries amounted to 85.38 million barrels (including 46.50 million barrels from Sohar Refinery and 38.88 million barrels from Mina Al Fahal Refinery), including the refining residues.