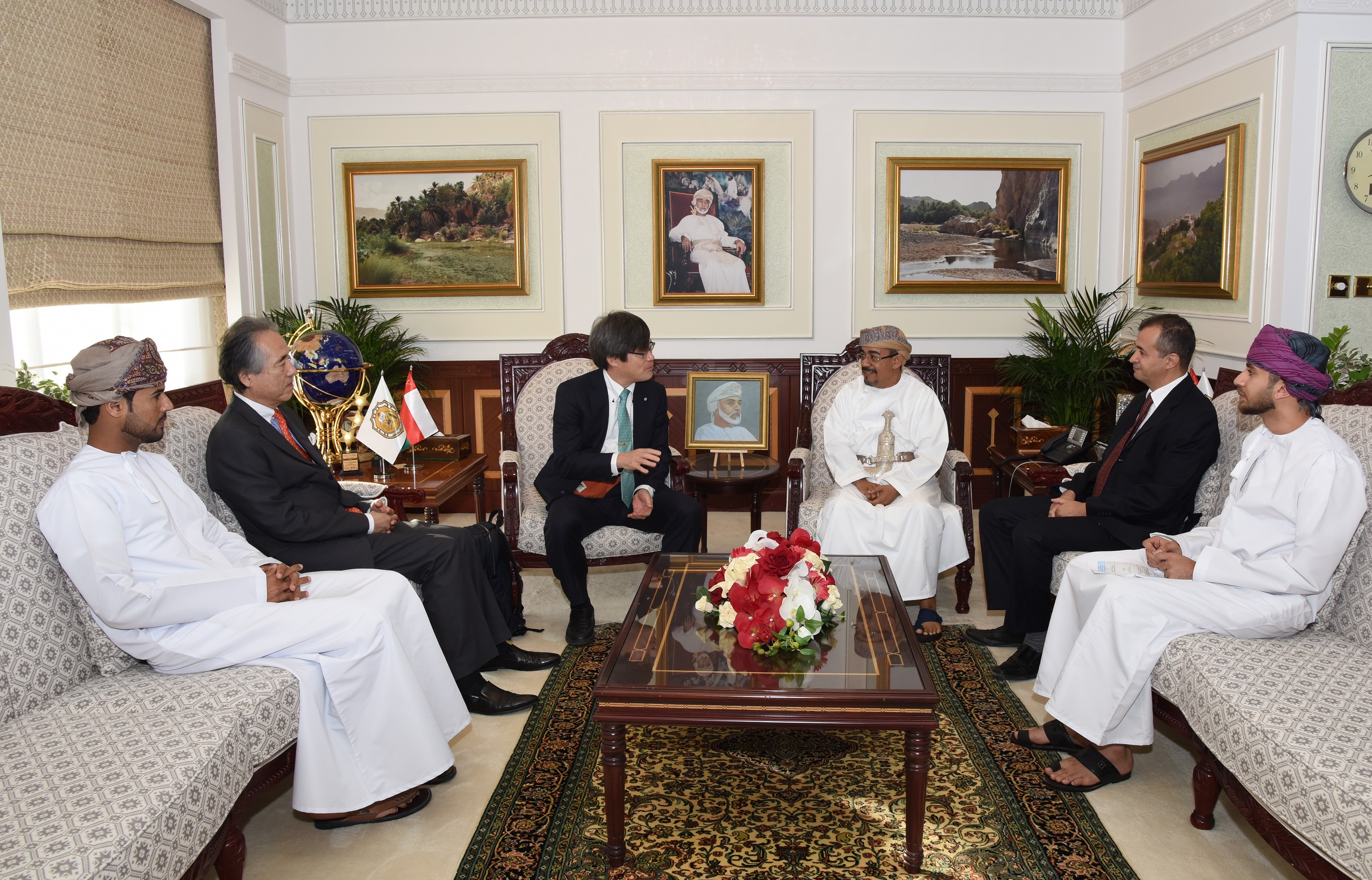 Muscat: With the aim of meeting researchers and explore research collaboration, Japanese physicist and inventor Hiroshi Amano, who is the recipient of the 2014 Nobel Prize in Physics, visited Sultan Qaboos University today.
H.E. Dr. Ali bin Saud Al Bimani, the Vice Chancellor of Sultan Qaboos University received the eminent scientist discussed about the ways of enhancing collaboration between the research team of Hiroshi Amano and researchers at SQU.

Amano, specialized in semiconductor technology, was awarded 2014 Nobel Prize in Physics together with Isamu Akasaki and Shuji Nakamura for "the invention of efficient blue light-emitting diodes which has enabled bright and energy-saving white light sources".
He studied electrical engineering at the university in Nagoya, which also awarded him his doctorate in 1989. In 2002 he became a professor at Meijo University in Nagoya and later moved to Nagoya University.

Lighting plays a major role in our quality of life. The development of light-emitting diodes (LEDs) has made more efficient light sources possible. Creating white light that can be used for lighting requires a combination of red, green, and blue light. Blue LEDs proved to be much more difficult to create than red and green diodes.
During the 1980s and 1990s Isamu Akasaki, Hiroshi Amano, and Shuji Nakamura successfully used the difficult-to-handle semiconductor gallium nitride to create efficient blue LEDs.

The invention of blue LEDs led to revolution in television, display monitor and smartphone technologies. Smartphones are now smaller, brighter and have multicolor displays because Amano and team found a way to produce efficient blue light-emitting diodes. Hiroshi Amano said that currently his team is focusing on research in which Ultraviolet LED lights could help sterilize polluted water.
“UV light can destroy the DNA of bacteria, viruses and microorganisms, he said”. He is also conducting studies on wireless energy transfer technologies in order to make wireless charging of drones possible that makes them stay in the air 24 hours a day and 365 days a year.
Amano and fellow researchers are exploring the use of microwaves or laser beams to charge the drones without using any wires. At SQU, Hiroshi Amano visited the labs at the Physics department of the College of Science and the engineering labs. He also visited the Cultural Center of the University.