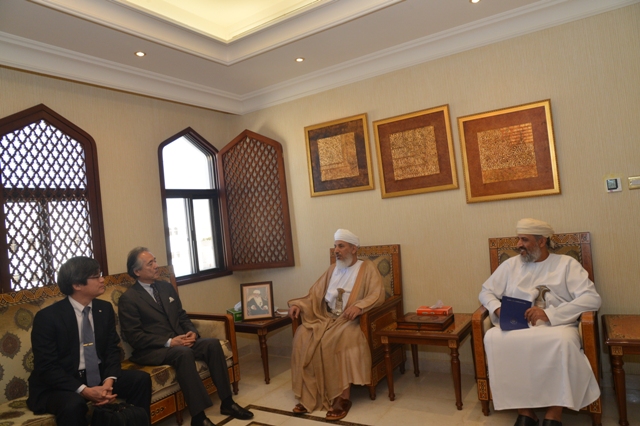 Muscat: Sheikh Abdullah bin Mohammed Al Salmi, Minister of Awqaf and Religious Affairs received in his office on Sunday Professor Hiroshi, winner of the 2014 Nobel Prize in physics and Marimoto, Japan’s former ambassador to the Sultanate. During the meeting, discussions of mutual interest were exchanged between the two sides.
Minister of Awqaf and Religious Affairs reviewed the Sultanate’s role in promoting the values of tolerance and co-existence through the Sultanate’s tangible efforts in the religious field, and this is reflected in its regional and international participations that contribute to spreading understanding, religious tolerance and scientific exchanges between nations and cultures.