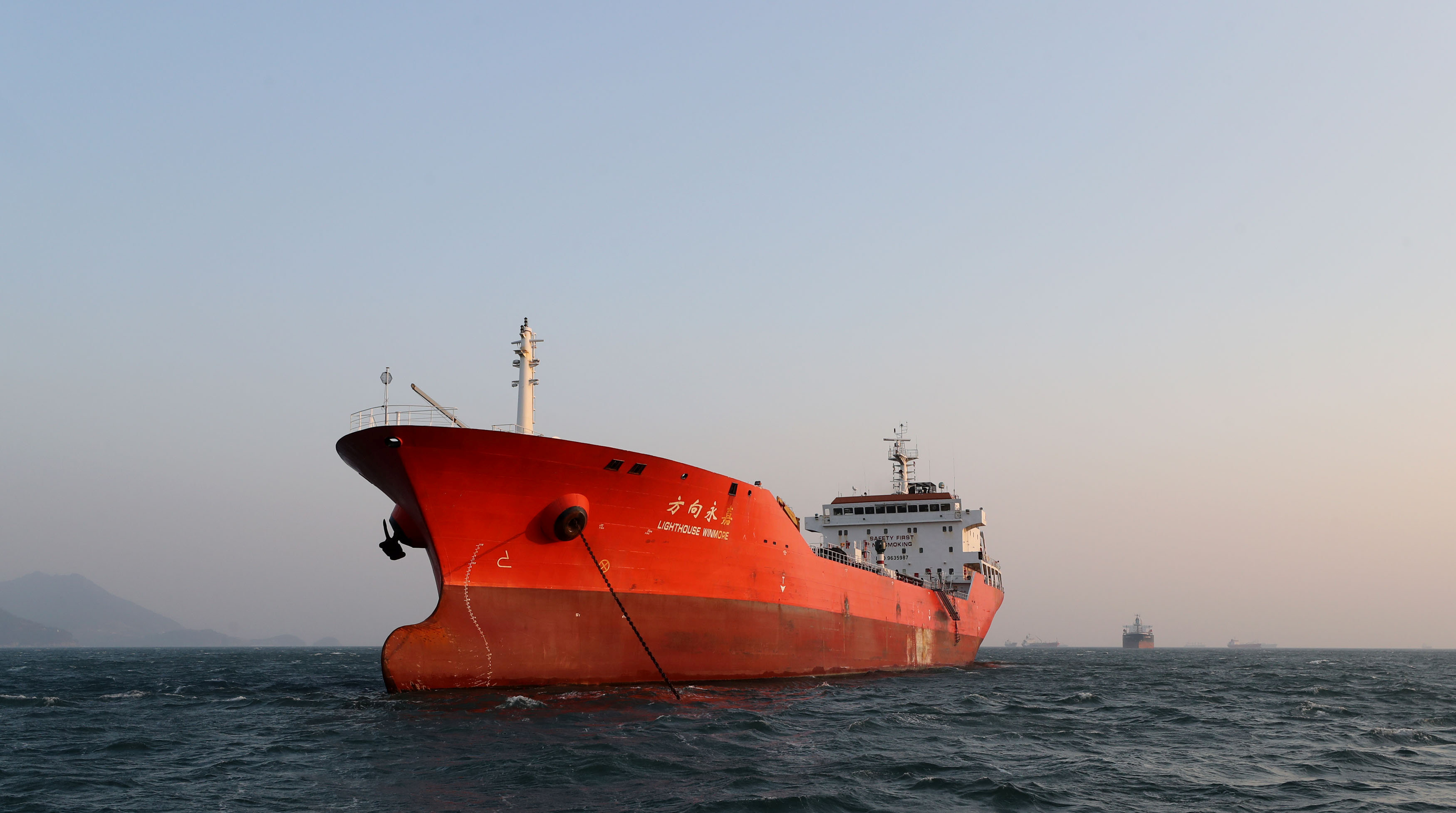 Seoul: South Korean authorities have seized a Panama-flagged vessel suspected of transferring oil products to North Korea in violation of international sanctions, a customs official said on Sunday.
The seizure was the second to be revealed by South Korea within a few days, as the United Nations steps up efforts to squeeze essential oil supplies to the reclusive North following its nuclear or ballistic missile tests.
The ship, KOTI, was seized at Pyeongtaek-Dangjin port, the official told Reuters, without elaborating, due to the sensitivity of the issue. The port is on the west coast, south of Incheon.
A marine official also confirmed the seizure, which he said was done "recently".
The KOTI's estimated time of arrival at the port was Dec. 19, according to VesselFinder Ltd., a tracking service provider.
The ship can carry 5,100 tonnes of oil and has a crew mostly from China and Myanmar, Yonhap News Agency reported, adding that South Korea's intelligence and customs officials are conducting a joint probe into the vessel.
A Foreign Ministry spokesman confirmed the probe, declining to provide details.
"The government has been in close consultations with related countries and ministries to thoroughly implement the sanctions by the U.N. Security Council," the spokesman said.
On Friday, South Korea said that in late November it seized the Hong Kong-flagged Lighthouse Winmore, which is suspected of transferring as much as 600 tons of oil to the North Korea-flagged Sam Jong 2.
The U.N. Security Council last month unanimously imposed new sanctions on North Korea for a recent intercontinental ballistic missile test, seeking to limit its access to refined petroleum products and crude oil.
The United States has also proposed that the United Nations Security Council blacklist 10 ships for transporting banned items from North Korea, according to documents seen by Reuters on Tuesday.
The Lighthouse Winmore is one of the 10 ships proposed to be blacklisted. The KOTI does not seem to be included on the list.
On Thursday, China blocked a U.S. effort at the United Nations to blacklist six foreign-flagged ships, a U.N. Security Council diplomat said.
China's Foreign Ministry, responding to a question from Reuters on the blocking, said Beijing always fully and strictly implemented Security Council resolutions.
"At the same time, any measures taken by the Security Council must have a basis in conclusive and actual proof. China will continue to participate in the work of the relevant Security Council sanctions committee on this principle," it said in a short statement, without elaborating.
China also denied reports it had been illicitly selling oil products to North Korea in defiance of U.N. sanctions, after U.S. President Donald Trump said he was unhappy that China had allowed oil to reach the isolated nation.
Russian tankers have supplied fuel to North Korea on at least three occasions in recent months by transferring cargoes at sea, breaching U.N. sanctions, sources told Reuters.