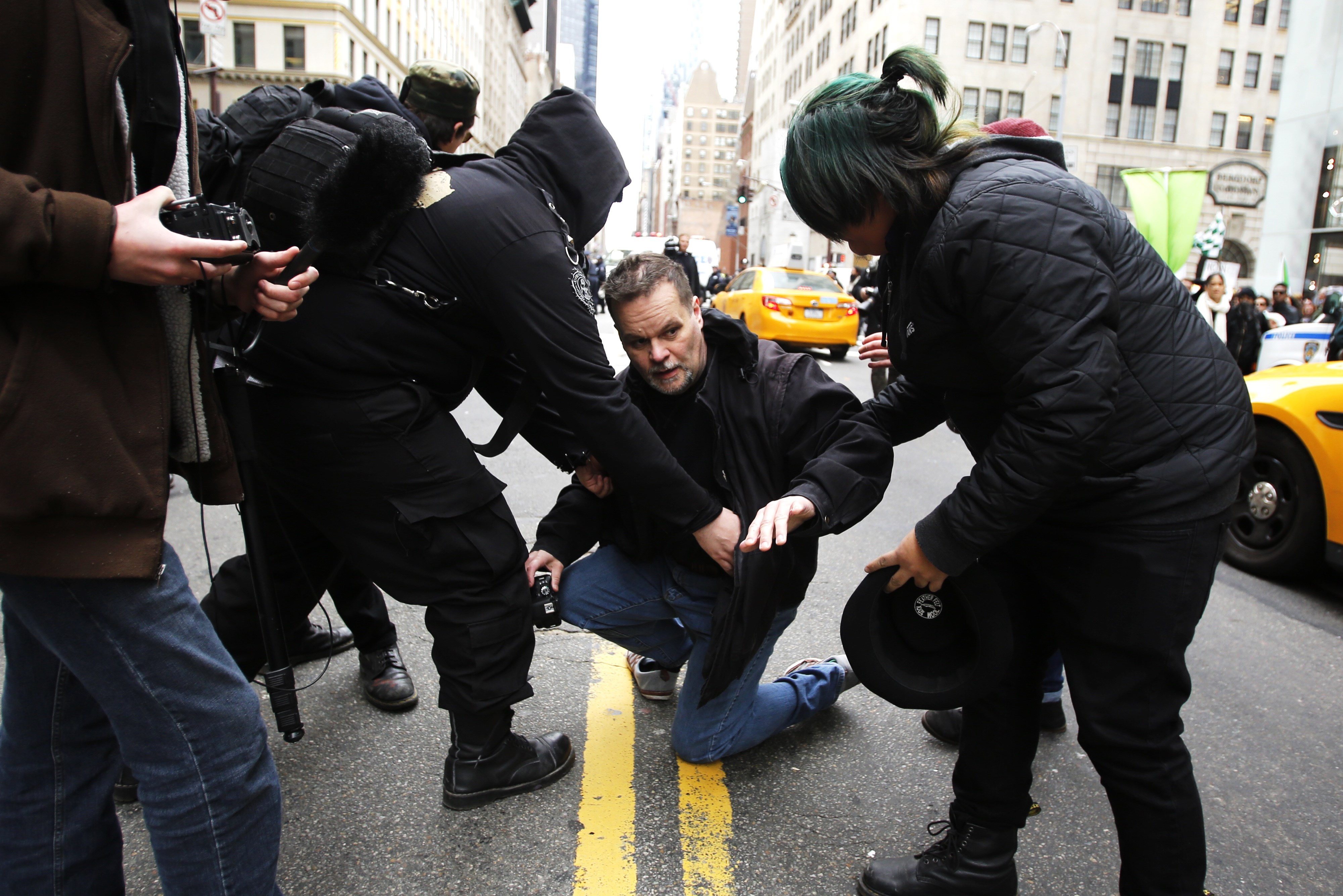 New York: Demonstrators shut down an Arizona highway leading to a campaign rally for Donald Trump on Saturday while protesters rallied outside of Trump Tower in Manhattan to voice their opposition to the front-runner for the Republican presidential nomination.
Television news footage of the demonstration outside Phoenix showed dozens of protesters blocking traffic while holding signs that read "Dump Trump" and "Shut Down Trump."
The demonstrators eventually started marching down the highway, and later some were seen nearing the rally at Fountain Hills, Arizona, before Trump arrived.
Three people were arrested, the Maricopa County Sheriff's office said. Saturday's protests reflect rising tensions around the polarising candidate, who has come under fire from rivals for fueling unrest with his campaign rhetoric.
He has denied responsibility, but this week warned of riots if he is denied the party presidential nomination. In his home city of New York, about 1,000 demonstrators marched from Central Park to Trump Tower, the billionaire developer's signature building on Manhattan's tony Fifth Avenue.
The crowd of mostly young people chanted and carried placards denouncing the Republican presidential hopeful. Some of them said police used pepper spray on them as they left the park and started marching.
Police were seen taking at least one person into custody, but a spokesman for the New York Police Department could not immediately confirm whether any arrests were made or whether pepper spray was used.
Arizona, where political parties will hold primary elections on Tuesday, is a flashpoint for the issue of illegal immigration into the United States, as it shares a long stretch of border with Mexico.
Trump, who has repeatedly accused Mexico of sending violent and unlawful migrants to flood the United States, has made illegal immigration the signature issue of his campaign.
That has earned him the endorsement of Sheriff Joe Arpaio of Maricopa County, Arizona, an outspoken critic of US immigration policies. Fountain Hills, the site of the Trump rally, is in Maricopa County.
"We will do everything we can do to assure freedom of speech in this country," Arpaio told CNN when asked how he planned to deal with the demonstrators.
"Donald Trump has the right to be heard by the thousands of people who love him, support him and want him to be president of the United States," the sheriff said.
Arpaio, wearing civilian clothes, introduced Trump at the rally. Trump rallies have grown increasing unruly as the months-long campaign has progressed.
An event in Chicago a week ago was canceled over security concerns after protesters, many of them university students, swarmed the venue. Clashes then broke out between protesters and supporters.
Last weekend, a man was arrested when he attempted to rush the stage where Trump was addressing the audience at a rally in Ohio. In another incident, a man who was caught on video punching an anti-Trump protester in the face at a North Carolina rally was arrested and charged with assault.
Trump, the favorite to win his party's nomination for the November 8 presidential election, currently leads in opinion polls ahead of Arizona's March 22 primary, according to a Real Clear Politics polling average, leading Senator Ted Cruz of Texas by 13 percentage points.