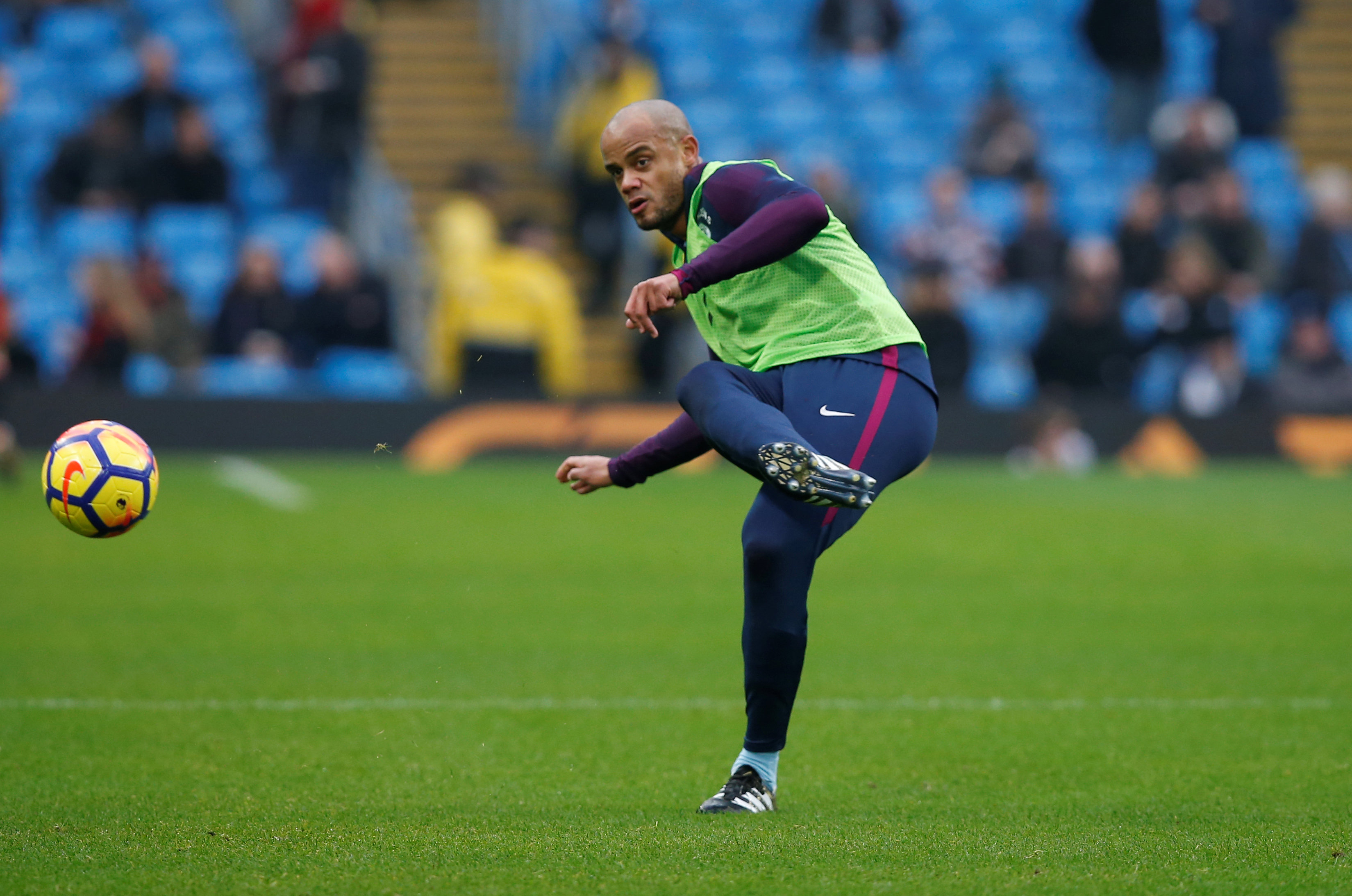 London: Manchester City captain Vincent Kompany has used Manchester United's late title meltdown during the 2011-12 season as a cautionary example to remind his team mates that there is no room for complacency in the Premier League title race.
United held an eight-point lead atop the table in 2012, before losing two and drawing one of their final six league games to allow City to get back into the race and eventually, seal the title on the final day of the campaign.
Kompany, who was instrumental to City's dramatic comeback six seasons ago, is wary of a similar collapse from the league leaders this campaign and is eager to keep his teammates grounded despite their 12-point lead atop the table.
"I don't know if everyone will remember but it was six games left and we were eight points behind, so that's why I am always the first to come in and say, 'No guys, we can't really take the foot off the gas'," Kompany told British media.
"I really don't want that.
"We push, we push, we push, and no one has the right to let their performance down or their guard down."
Manager Pep Guardiola's side extended their record-breaking winning streak to 17 league games with a 4-0 rout of Bournemouth last weekend and Kompany is keen to maintain the high with a win at Newcastle United later on Wednesday.
"We have to keep it going," the Belgian added.
"When you are on such a run you want to put it aside straight away and think about the next one, because you know how little it takes to lose that special feeling.
"So we have gone into Christmas with a feeling of duty towards the game at Newcastle and with a happy feeling."