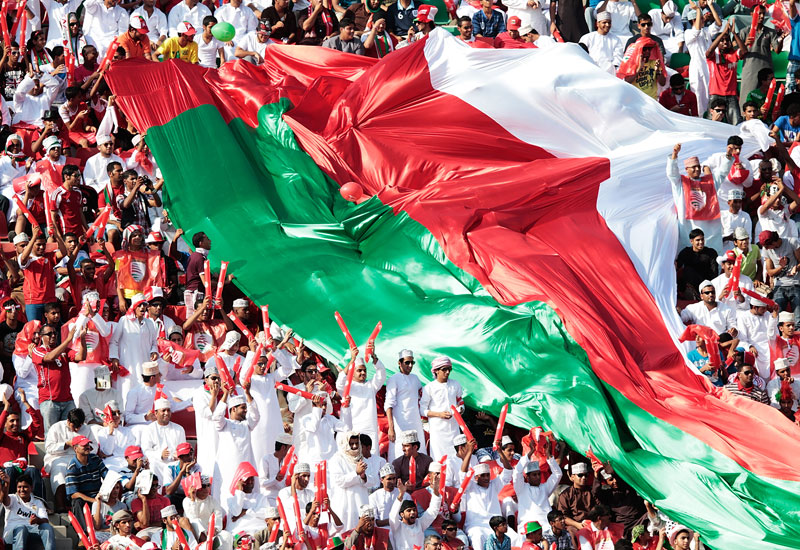 Muscat: A group of Oman football fans who travelled to Kuwait to cheer their team on at the 2017 Arabian Gulf Cup of Nations have made headlines for voluntarily cleaning up parts of the stadium that were occupied by them, during their team’s win over the hosts.

In the video, the fans can be seen picking up the garbage that has been left in the areas of the stadium they were sitting in, as well as the surrounding seats. Footage of the fans has gone viral, and their actions have received great praise from Beah, Oman’s national waste management authority.

“The Omani audience cleaning the stands after the national team match yesterday is a source of pride for us, and an inspiration to follow suit in keeping the place clean for those who come afterwards, to ensure a a beautiful environment. Thank you very much,” they tweeted.

Oman’s football association was also quick to praise the fans who performed this selfless action.

“We honour the national team fans, have tried to preserve the environment, in an attempt to encourage civilised behaviour. It was very nice of them to clean the seating and stands after the national team game in front of their Kuwaiti brothers at the Jaber International Stadium in Kuwait,” they said on their official Twitter account.

A second-half penalty by veteran defender Ahmed Mubarak gave Oman a 1-0 win over the hosts, ahead of their final make-or-break clash against Saudi Arabia on Thursday evening. Oman have three points from two games, after they lost their opening game to the UAE, courtesy of a first-half Ali Mabkhout spot-kick.