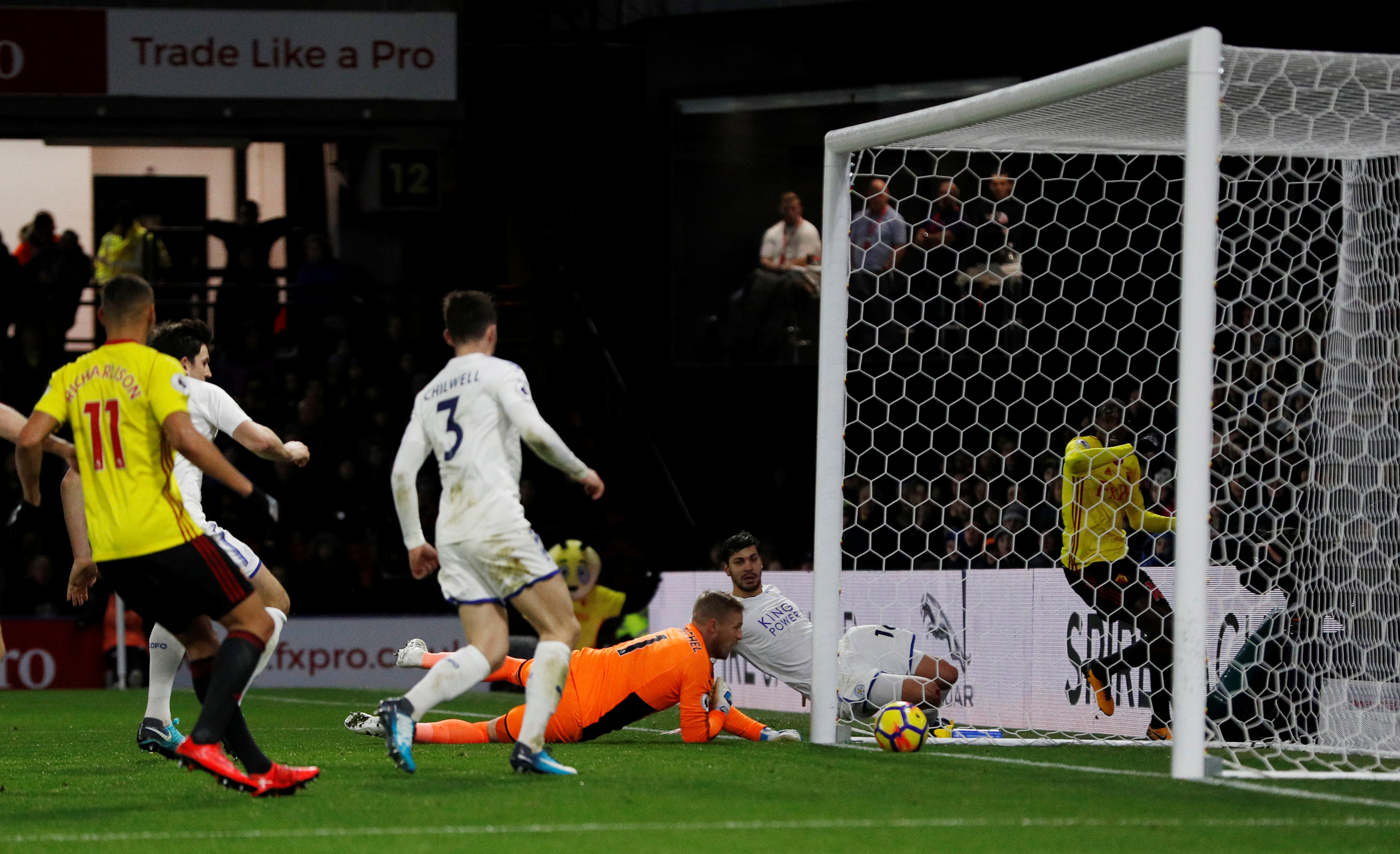 London: Watford snapped their four-game losing streak and celebrated their first Premier League win in seven matches after an own goal by keeper Kasper Schmeichel gave them a 2-1 home win over Leicester City on Tuesday.
Schmeichel made a simple mistake at the far post in the 65th minute as an Abdoulaye Doucoure cut-back from a tight angle came off his chest and trickled under him over the line, allowing the home side to complete their comeback after falling behind.
Leicester dominated the opening half and looked set to extend their unbeaten away run to eight games when Riyad Mahrez gave them the lead with a firm header after Marc Albrighton's cross from the left.
But Watford equalised against the run of play on the stroke of halftime as Mali defender Molla Wague bundled in his first Premier League goal from close range before Tom Cleverley's inswinging free-kick led to the home team's winner.