From big screen to big impact, five celebrities running businesses that give back 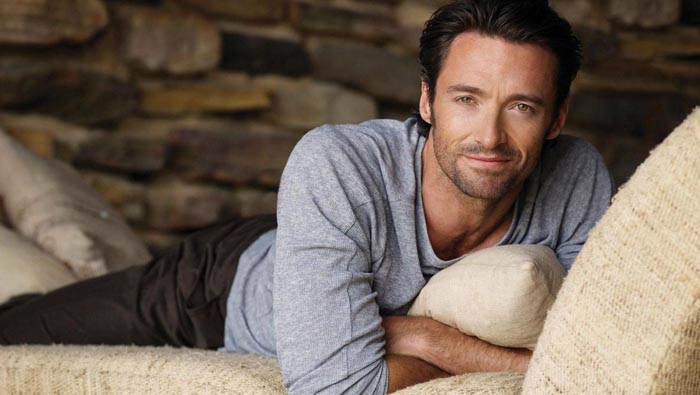 LONDON: Popularity and awareness of social enterprises - businesses that trade to address social problems - has flourished in recent years. From A-list actors to celebrity chefs, here are five famous faces running businesses with a mission to do good:

HUGH JACKMAN
Famous for playing character Wolverine in the "X-Men" series of films, Australian actor Hugh Jackman first stuck his tungsten talons into social enterprise in 2011 after a trip to Ethiopia. On the trip Jackman helped out local coffee farmer Dukale for a day and saw coffee traded, sparking an interest in fair trade which ensures growers get a fair price for their crop. Laughing Man coffee was founded in 2011 to trade directly with growers, with a Laughing Man coffee shop opening in New York's Manhattan. Next came a tie-up with Keurig, a popular coffee machine in the United States with Laughing Man pods now available. Keurig then introduced Jackman to Kroger, a major US supermarket chain, according to CBS News. Laughing Man coffee is now available in 1,800 stores across the United States. All the profits go towards education, community development and new business development projects in the developing world, according to the Laughing Man website.

ROSARIO DAWSON
US actress Rosario Dawson, star of "Men in Black II" and "Sin City", launched her social enterprise Studio 189 with best friend Abrima Erwiah in 2013 after travelling in Africa, according to the project's website. Studio 189 sells clothes that challenge the idea of cheap, mass produced, fast fashion with the garments handmade in Ghana with a focus on African patterns and fabrics while paying a decent wage to the people who create them. Studio 189 is a part of the United Nations Ethical Fashion Initiative which aims to build a responsible fashion industry where workers earn a living wage in good conditions while also protecting the environment.

PHARRELL WILLIAMS
The Grammy award-winning US producer and performer Pharrell Williams has been creative director of social enterprise Bionic since 2010. Bionic takes plastic, shreds it, heats it and spins it into two types of yarn used to make everything from jeans to the roof linings and car seat covers. To date Bionic said by email that it has recycled nine million bottles by making the material. This number will grow as Bionic has partnered with the charity Waterkeeper's Alliance to use plastic found in the sea and washing up on the coast. The United Nations has warned that if current pollution rates continue, there will be more plastic in the sea than fish by 2050.

MICHAEL SHEEN
It was at Social Saturday, an annual event that encourages people to spend money on goods and services that have a positive social impact, that Welsh actor Michael Sheen declared his interest in social enterprise. Donning a Social Saturday T-shirt in 2016, the actor, famous for his roles in the "Twilight Saga" and Oscar nominated film "Frost/Nixon", said he wanted to understand how social enterprise might be useful to his home country. In April 2017 it was announced that he would become a patron of industry body Social Enterprise UK. At an awards event in November he told the Thomson Reuters Foundation he would launch his own social enterprise in 2018. "Social enterprise is one of those tools for communities that want to create their own opportunities, like where I come from in the South Wales valleys," Sheen said. He plans to start a "community hub" in Port Talbot to help people start community-owned businesses and services, as threats to the steel industry have put traditional jobs at risk.

JAMIE OLIVER
British celebrity chef Jamie Oliver started his restaurant Fifteen in London in 2002 when he was just 26. It was named after the number of disadvantaged young people Oliver attempted to train as chefs there. The first group were all unemployed; some were truants who'd left school without qualifications, others had anger management issues. To date, a third of all candidates have had a brush with the law, Matthew Thomson, Fifteen's managing director, told the Thomson Reuters Foundation. New chefs have three months training in professional cookery at college which is followed by 11 months of work in a Jamie Oliver restaurant. The last month involves work experience elsewhere, which can lead to a job. Further Fifteen restaurants were opened in Amsterdam and in Cornwall in southwest England. Over 500 chefs have been trained, with 80 per cent of them still working in kitchens.