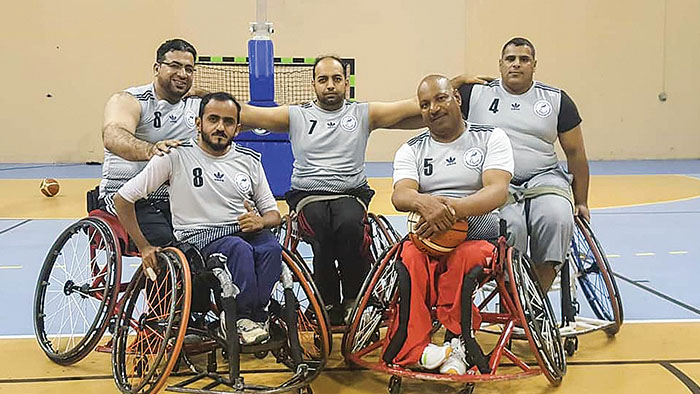 The first Oman basketball championship for wheelchair users was launched by the Oman Paralympic Committee. The idea for the championship came about some years ago when athletes asked for a chance to compete. The committee aims to spread the culture of sports among the disabled and attract new members to the national team. It also aims to improve the fitness of the players, besides drawing public support for athletes with disabilities, according to Oman Paralympic Committee.
Twenty wheelchair players are participating in the tournament. They make up four teams — Muscat, Al Dakhiliyah, Al Wasta, and Al Batinah.
**media[795886]**
“We have opened this tournament, which is the first in the history of the activities of the Paralympic Committee of Oman, with the support of the Ministry of Sports Affairs and Omantel,” said Akram Al Maawli, Vice Chairman of the Paralympic Committee of Oman.
“We work to develop this sport in various aspects, and to be more competitive in regional and international tournaments,” he added.
**media[795887]**
“Our priorities are to raise the efficiency of the players and attract new players with disabilities to this sport, which is gaining popularity internationally,” elaborated Al Maawali.
“This championship is proof of the commission’s efforts to promote mobility among the disabled by attracting new players, and by shedding light on their potential and capabilities,” affirmed Tariq Al Kiomi, a committee member.
Rahma Al Hajari, a member of the Oman Paralymic Committee, noted: “Certainly, the players enjoy the games, which have given them a lot of excitement through strong competition. The disabled players are able to perform on an equal footing with other athletes.”
Yaqoob Al Nadabi, national basketball trainer, added, “We are trying to teach players the principles of basketball, so that they can qualify for international championships.”