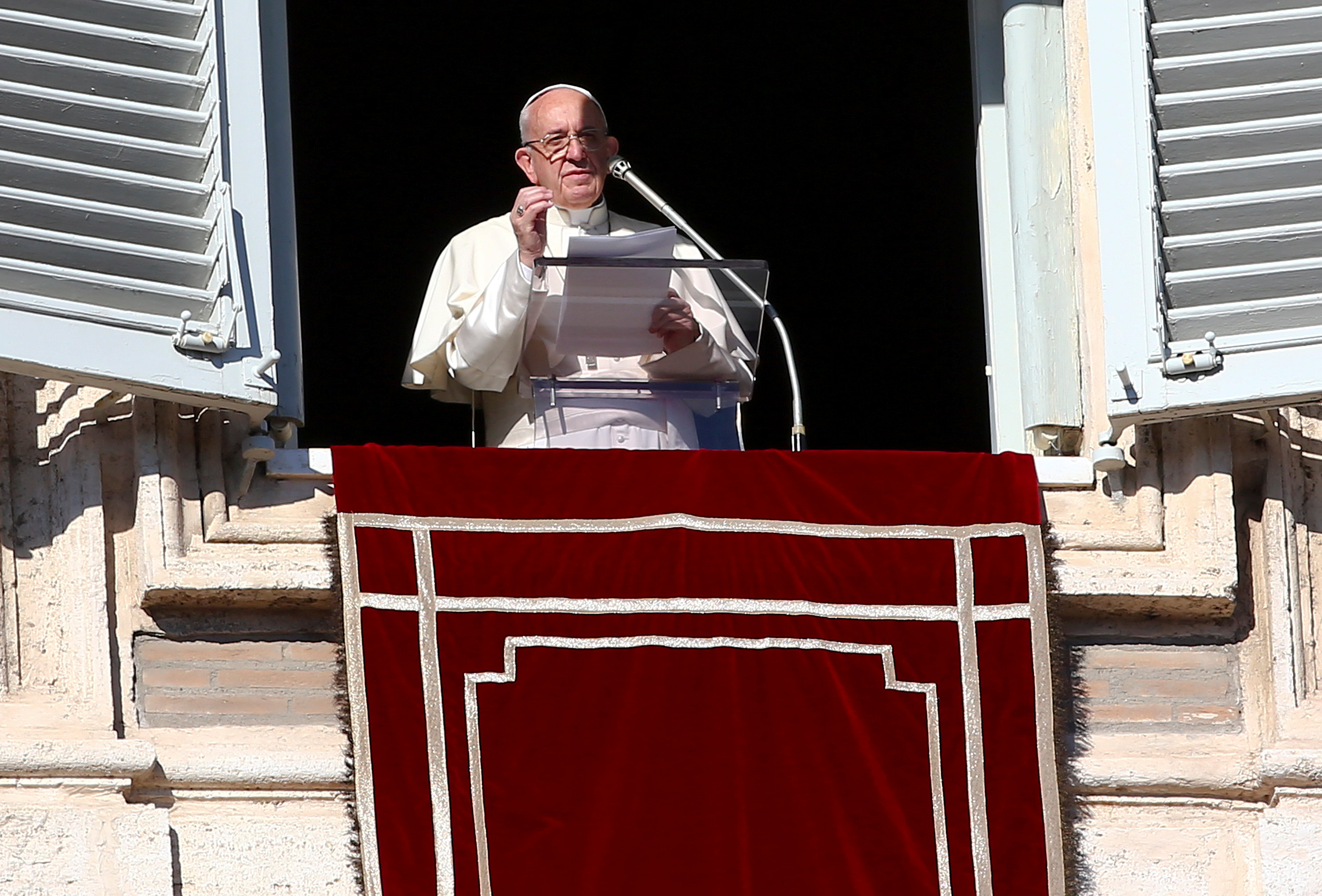 Vatican City: Pope Francis on Monday called for peace in occupied Jerusalem in his traditional Christmas address and highlighted the plight of children scarred by conflict, after urging the world's 1.3 billion Catholics not to ignore migrants.
Addressing tens of thousands of worshippers gathered at the Vatican to hear the pontiff's fifth "Urbi et Orbi" (To the City and The World) message, Francis called for "peace for (occupied) Jerusalem and for all the Holy Land.
"We see Jesus in the children of the Middle East who continue to suffer because of growing tensions between Israelis and Palestinians," he said.
"Let us pray that the will to resume dialogue may prevail between the parties and that a negotiated solution can finally be reached, one that would allow the peaceful coexistence of two states within mutually agreed and internationally recognised borders."
The pontiff's plea came as fresh tensions simmered in the occupied West Bank following President Donald Trump's recognition of occupied Jerusalem as Israel's capital. Following Trump's lead, Guatemala's President Jimmy Morales said Sunday his country would move its embassy from Tel Aviv to occupied Jerusalem.
Trump's announcement on December 6 unleashed demonstrators and clashes, including in Bethlehem in the Israeli-occupied West Bank.
"May the Lord also sustain the efforts of all those in the international community inspired by good will to help that afflicted land to find, despite grave obstacles the harmony, justice and security that it has long awaited," the pope said.
The pontiff also mentioned other global flashpoints such as Syria, Iraq, Yemen, South Sudan and Venezuela, after stressing that the "winds of war are blowing in our world".
"Let us pray that confrontation may be overcome on the Korean peninsula and that mutual trust may increase in the interest of the world as a whole," the 81-year-old said.
Earlier, celebrating midnight mass in the ancient town, Archbishop Pierbattista Pizzaballa, apostolic administrator of the Latin Patriarch of occupied Jerusalem, used his homily to lambast the wars that "the Herods of today fight every day to become greater, to occupy more space".
Criticising Trump's announcement, Pizzaballa insisted " (Occupied) Jerusalem is a city of peace, there is not peace if someone is excluded. (Occupied) Jerusalem should include, not exclude," stressing the principle that (Occupied) Jerusalem is a city for both peoples and the three Abrahamic faiths.
Hundreds had gathered in the cold on Bethlehem's Manger Square to watch the annual scout parade. But the square was noticeably quieter following the violence between Palestinian protesters and the Israeli army in the past weeks.
Twelve Palestinians have been killed since Trump's declaration, including a 19-year-old who died of his wounds on Sunday nine days after he was shot during a Gaza protest.
Israel seized occupied east Jerusalem in the 1967 war and later annexed it, in moves never recognised by the international community.
Palestinians view occupied east Jerusalem as the capital of their future state, and interpreted Trump's statement as rejecting their right to a capital in occupied east Jerusalem, although the Americans deny this.
Christmas decorations have meanwhile become more visible in Christian areas of Syria's capital Damascus this year.
In the central Syrian city of Homs, Christians will celebrate Christmas with great fanfare for the first time in years after the end of battles between regime and rebel forces -- with processions, shows for children and even decorations among the ruins.
In Iraq too, this year marks a positive turning point for the Christian community in the northern city of Mosul.
Britain's Queen Elizabeth II was meanwhile due to pay tribute to the cities of London and Manchester which suffered terror attacks this year.
"This Christmas, I think of London and Manchester, whose powerful identities shone through over the past 12 months in the face of appalling attacks," the 91-year-old monarch was to say in the pre-recorded televised message.
London suffered two deadly terror attacks, while 22 people -- including children -- were killed during an attack at Manchester Arena following a performance by US singer Ariana Grande.
Meanwhile a tragic Christmas weekend in the Philippines was compounded Monday by the deaths of 20 people killed in a bus collision while travelling to mass.
Dozens of people were feared killed in a fire Saturday in the southern city of Davao. Thousands were displaced by floods and landslides from a storm that also killed more than 200 others on Friday.