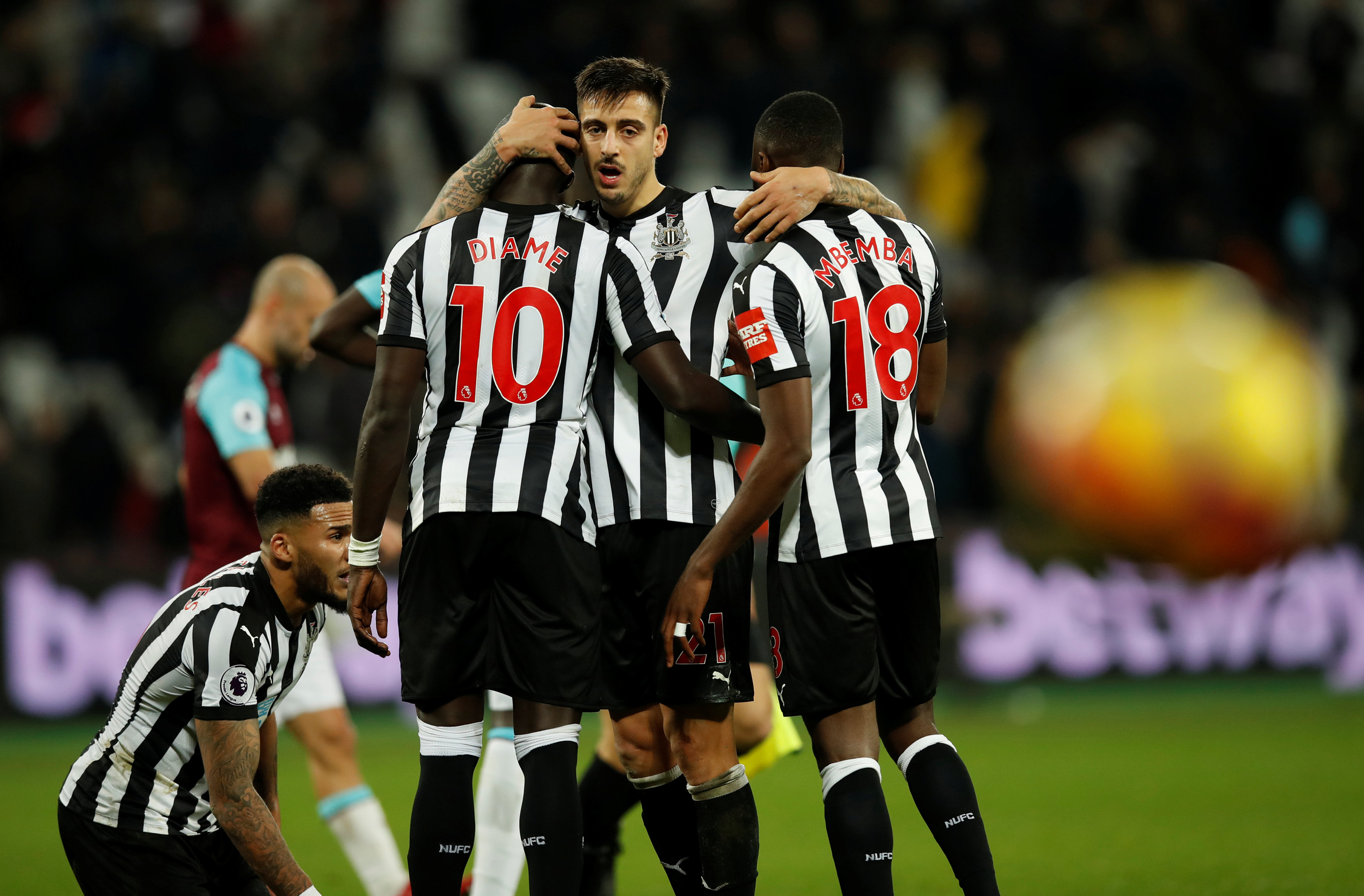 London: Newcastle United finally got back on the winning trail when they secured a crucial 3-2 win over West Ham on Saturday to move out of the bottom three and end a barren run of four consecutive defeats.
Despite Marko Arnautovic firing West Ham into the lead on six minutes following a bad mistake by Henri Saivet, the north east club showed all their fighting spirit to secure their first three points in nine Premier League games and ease their relegation worries.
Saivet made up for his error when he brought Newcastle level with a curling free-kick in the 10th minute, before Mohamed Diame scored the second shortly after halftime.
Andre Ayew missed a penalty in the 55th and it was to prove costly as Christian Atsu made it three on the hour mark for the visitors. Ayew reduced the deficit in the 69th but Newcastle held on to record their first win since October 21.
Newcastle got off to the worst possible start when Saivet passed the ball straight into the path of Arnautovic who raced towards the visitors' goal and fired a low shot past Rob Elliot to make it three goals in his last four league appearances.
But Saivet more than made up for his mistake when he brought Newcastle level in spectacular fashion curling a free kick over the wall and past the outstretched hand of Adrian after Winston Reid had committed a foul on the edge of the box.
Newcastle may have struggled in recent weeks but they found their best form at just the right time and hit the woodwork twice when Dwight Gayle struck the bar and Matt Ritchie curled his shot against the post.
The away side were rewarded when Diame netted against his former club after Atsu took the ball around Pablo Zabaleta and pulled it back for the Newcastle midfielder to fire an unstoppable shot past Adrian.
West Ham blew a major chance to get back into the game when Ayew had his penalty saved by Rob Elliot after Michail Antonio was brought down inside the box by Ciaran Clark.
Newcastle made them pay as they made it three with superb counterattack which ended with Joselu picking out Atsu who made no mistake converting from close range.
Ayew reduced the deficit when he fired into the roof of the net to make it a tense finish but Newcastle saw out the game and delivered the perfect Christmas present for their travelling fans.