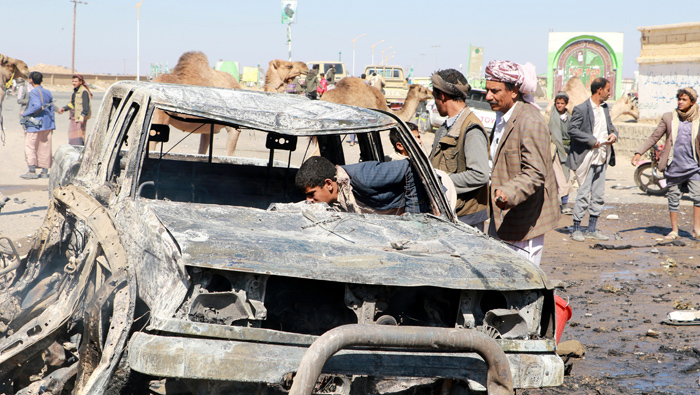 Sanaa: An airstrike attributed to the Saudi-led coalition killed five rebels on Saturday as they met with allied tribal leaders outside Yemen's capital, a tribal source said.
The strike also wounded 20 others when it hit a house in the Arhab area 35 kilometres (20 miles) north of Sanaa, the source said.
Media loyal to the Houthi rebels said the strike targeted a gathering to show support for the Palestinians after U.S. President Donald Trump recognised Jerusalem as Israel's capital.
The coalition regularly targets Houthi positions in areas they control, including around the rebel-held capital and in their northern stronghold of Saada. More than 8,700 people have been killed since the coalition intervened in Yemen on the government's side in 2015.