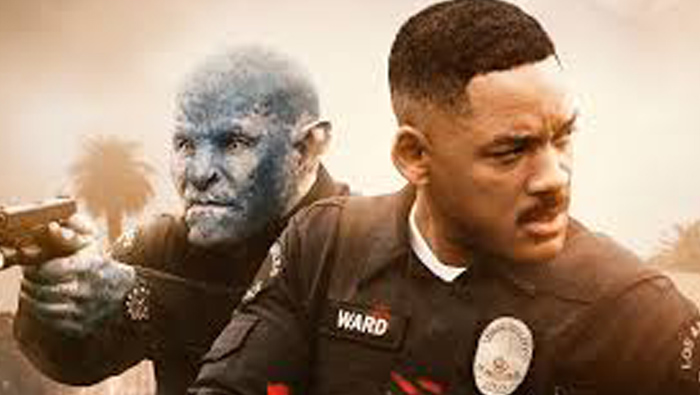 LOS ANGELES: Netflix Inc's new movie "Bright" features the key ingredients of a Hollywood blockbuster: an A-list actor, an experienced director, and special effects that light up the screen during shootouts and car chases.
Very few cinemas, however, will be showing the fantasy thriller starring Will Smith when it debuts on Friday. Netflix will instead release the movie to the company's 109 million streaming customers around the world to watch at home.
Although Netflix has released smaller, less expensive original films this way, "Bright" is more of a gamble. The movie, set in Los Angeles in a world where orcs, elves and other fantastic creatures co-exist with humans, cost more than $90 million to make, and it is the kind of rich, cinematic action movie traditionally generally considered best on the giant screen.
At the red-carpet premiere for "Bright" in Los Angeles, its star said he wondered how audiences would react to seeing the film on televisions or mobile devices.
"There's an emotional overwhelming that happens when you watch something in a movie theatre with 400 people, right?" Smith said. He noted the film had production values as high as any of his other big movies, but asked: "Does it penetrate in the same way?"
Netflix argues that today's internet-ready TVs and surround sound systems can provide a theatre-quality experience at home. The company encourages filmmakers to consider using video technology called high dynamic range, which brightens images and makes details stand out, and the latest sound from Dolby Laboratories Inc. Both were used in "Bright."
At a new production space and offices in Hollywood, Netflix employs a colour scientist and other technical experts to help filmmakers incorporate innovations.
The company began promoting "Bright" on the streaming service back in March, much earlier than usual.
Utilising its extensive data about viewer tastes, it began showing movie trailers at that time to targeted subscribers. The promotions go only to customers who Netflix considers likely to enjoy the film based on their viewing history, Chris Jaffe, vice president of user interface innovation, told reporters earlier this month. The company's computer algorithm looks at more than 100 factors to identify those subscribers, he said.
"Bright" will also be released initially in two theatres in the United States and 10 in Britain. Most major chains have refused to show Netflix movies because of the company's practice of releasing films at the same time online and in theatres. Movies from traditional studios typically run exclusively in cinemas for about three months.
It will be difficult to gauge if "Bright" is a hit, because Netflix does not disclose viewership data.
While the filmmakers might have liked a wider run in theatres for "Bright," they were impressed by Netflix's ability to release the film simultaneously in homes around the world, producer Bryan Unkeless said. "Bright" will be subtitled in 26 languages and dubbed in nine of them.
"The global scope that Netflix offers was a huge plus for us," Unkeless said.