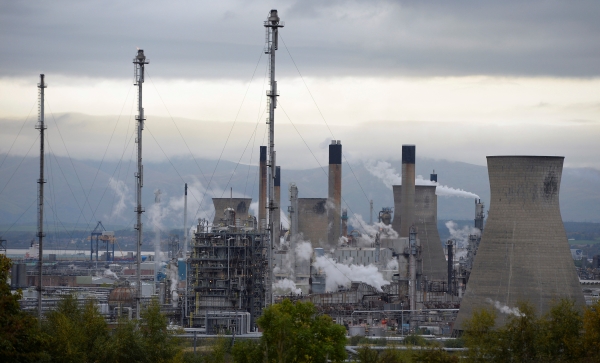 London: Britain's Forties oil and gas pipeline, one of the biggest in the North Sea, should restart in early January after repairs to a crack over Christmas, operator Ineos said on Thursday.
Oil prices have risen since the pipeline was shut on December. Brent oil prices fell after the announcement to trade 25 cents down at $64.31 per barrel at 0925 GMT.
Forties is the biggest of the five North Sea crudes that underpin Brent, a benchmark for oil trading in Europe, the Middle East, Africa and Asia.
"Work on the pipeline is progressing well and based on current estimates Ineos is planning to complete the repair around Christmas," it said in a statement.
"Initially a small number of customers will send oil and gas through the pipeline at low rates as part of a coordinated plan that allows Ineos to carefully control the flow into the system.
"Based on current estimates the company expects to bring the pipeline progressively back to normal rates early in the new year," Ineos said.
The system, which carries about 450,000 barrels per day of crude to Britain, along with a third of the Britain's total offshore natural gas output, has been closed since December 11 after a routine inspection revealed a crack in an onshore section.
Ineos on December 13 was declared force majeure on deliveries of Forties crude oil, natural gas and condensate, suspending its contractual obligations to customers by citing circumstances beyond its control.
The privately-owned chemicals company based in Switzerland bought the pipeline system from BP in late October.