In limbo – ID card hits Indian expats in the pocket 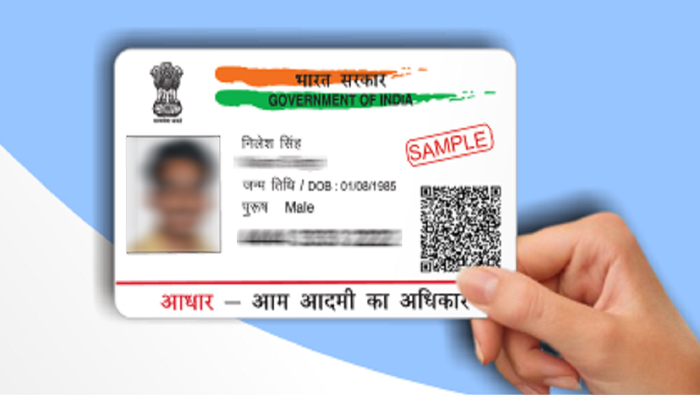 Muscat: Indian expats in Oman are flying home so that they can apply for new government biometric ID cards to ensure they can access savings there. The Indian government has announced that Non Resident Indians (NRIs) are not eligible for Aadhaar identification cards, a new form of biometric ID card being rolled out across India.
The card will eventually be linked to bank accounts, phone and web based services, the government hopes.
But many banks in India are already demanding Aadhaar numbers from Indians – including expats living and working in Oman, who are not eligible to have the card. That hasn’t stopped thousands of expat Indians bending the rules by flying home to apply for the cards – just to make life easier.
The Indian embassy in Oman has also warned NRIs in Oman to take the government circular with them when they return to India – as they should not have to produce an Aadhaar card number.
Without it, many here in Oman have found themselves frozen out of bank accounts, savings, telephone and web based services.
The majority of Indian expats in Oman have a bank account back home in India, which lists their Indian addresses.
That has prompted some banks and insurance services to consider them resident Indians, which means an Aadhaar card number should be available.
Many essential services are only carried out once these cards are active, which can stop people from opening bank accounts, procuring SIM cards for their phones, or even applying for internet services.
To bypass this, frustrated Indians who live and work overseas are, therefore, forced to apply for Aadhaar cards when they visit India and write down their Indian addresses, where they don’t live for most part of the year, just to access these basic services.
However, A Narayana Raja, CEO of the Oman branch of the State Bank of India, said not having an Aadhaar should not stop NRIs from accessing services in banks.
“When a person is an NRI, he is not expected to give any Indian address in banks, only his foreign address is a must,” he added.
Even if you are an NRI, you can have a savings account back in India.” Residents also told the Times of Oman how their lack of Aadhaar cards had hampered them back home.
“When I recently went to India, I needed a new SIM card for my phone, and when the shopkeeper asked me for an Aadhaar card, I told him I was an NRI and was not eligible for one,” revealed one Indian expat in Muscat.
“My passport was not accepted by him as an appropriate ID, and he told me that I would need to find someone who would be willing to come with me in person, and use his Aadhaar card, just to get a SIM card.
“Two or three other vendors also told me the same thing. I was staying with my relatives, so the next day, thankfully one of them came down and I managed to get a number, but there may be others who are not so lucky,” she added.
Another resident tried to access banking services in India, but he was denied on the grounds of not having an Aadhaar card.
But banks still ask for it as a form of ID, despite most bank forms only listing the card as optional.
“I wanted to avail of certain banking services for which I had travelled to India, but the staff there insisted that I produce the Aadhaar card for them,”
he revealed.
“When I told them that as an NRI, I wasn’t eligible for a card, they very told me they couldn’t help me if that was the case.
“I even raised this with the bank manager, but he seemed more interested in actually following procedures by the book than actually helping his customers,” added the resident.“These are basic services that should be given to everyone, but the banks refused to help us.”
The Times of Oman reached out to the Indian Embassy in Oman for clarification.
“It is not really the responsibility of an individual to remind the companies of the non-eligibility of Aadhaar cards for services in India, but since this seems to be the case for many people, we would advise people to take with them a copy of the government circular which says that NRIs are not eligible for Aadhaar cards,” said an embassy representative.
“This is of course not ideal, but there seems to be no other alternative when services are not provided to people, so I’d ask them to show this circular to service providers in India,” he said.
The circular, issued by the Unique Identification Authority of India (UIDAI), says that NRIs, Persons of Indian Origin (PIOs) and Overseas Citizens of India (OCIs) are not eligible for Aadhaar cards, unless they’ve spent 182 consecutive days in India.
“Most of the NRIs/PIOs/OCIs may not be eligible for Aadhaar enrolment as per the Aadhaar Act, 2016,” said Dr Ajay Bhushan Pandey, CEO of UIDAI.
“If an Aadhaar number is not assigned to an individual, the individual shall be offered alternate and viable means of identification for delivery of subsidy, benefit or service.
“Aadhaar as an identity document may be sought only from those who are eligible for it as per the Aadhaar Act, 2016, and most of the NRIs/PIOs/OCIs may not be eligible for Aadhaar enrolment as per the Aadhaar Act, 2016,” he added.