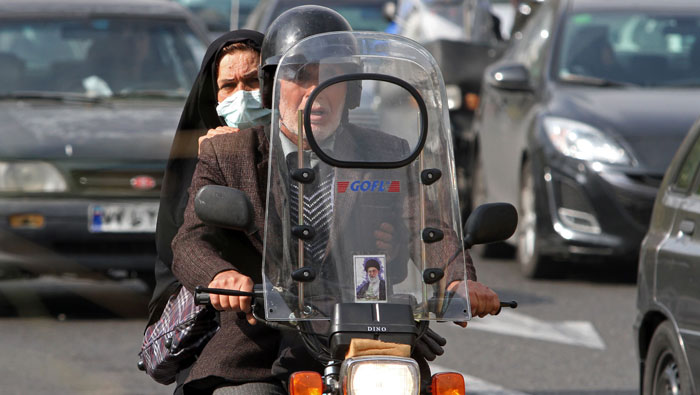 Tehran: Schools were closed for a fourth straight day in Tehran on Wednesday as dangerous air pollution covered the Iranian capital and traffic restrictions failed to clear the thick smog.
Average airborne concentration of the finest and most hazardous particles (PM2.5) was "unhealthy" at 160 microgrammes per cubic metre, slightly worse than Tuesday, authorities said.
That is more than six times higher than the World Health Organization recommended maximum of 25 microgrammes per m3 over a 24-hour period.
Authorities extended traffic restrictions so that only one in two cars could go on the street, depending on their number plates.
Wednesday is the last day of the week for schools in Tehran and authorities have not yet said whether they will reopen on Saturday.
Pollution was also blanketing at least four other major cities: Esfahan in the centre, Orumiyeh in the northwest, Mashhad in the northeast and Tabriz in the northwest.
Schools were closed on Wednesday in all of those cities except in Mashhad, the state broadcaster's website reported.
Ambulances were also deployed in the streets for possible medical emergencies, it added.
Citizens, especially those with respiratory problems, children and the elderly, were advised to stay at home.
Mines and factories emitting pollution around Tehran have been closed temporarily by the authorities.
Mojtaba Khaledi, a spokesman for the country's emergency services, told the Fars news agency that calls to the emergency wards had increased by 20 per cent compared with last week.
"Heart attacks in hospital emergency departments have doubled since last week," Khaledi said.
Air pollution has blighted Tehran for more than two decades and worsens each winter.
Local and government authorities blame each other for failing to tackle the problem.
The city of nine million already has two permanent layers of traffic restriction zones in place which are extended to the entire city when pollution spikes.
Officials say the five million cars -- 90 per cent of them Iranian-made gas guzzlers -- flooding the Tehran streets pose a challenge that is not easy to overcome.