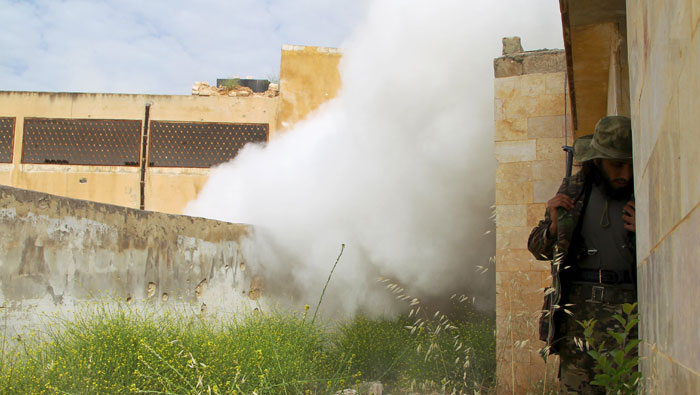 Maarshurin (Syria): Overnight air strikes killed 19 civilians, seven of them children, in a residential district of a town in northwestern Syria, a monitor said on Wednesday.
"Suspected Russian air strikes targeted several houses in Maarshurin," a rebel-held town in Idlib province, said Rami Abdel Rahman, head of the Syrian Observatory for Human Rights.
He said 13 members of a single family were among the dead.
Residents of Maarshurin were still working on Wednesday morning to clear rubble from buildings hit in the bombardment, an AFP photographer reported.
One had been completely flattened and blood stained the rubble.
"These are all civilian homes," said resident Zahed Abu Abdo.
The Observatory said more than 25 people were wounded in the strikes, some of whom were in critical condition.
The Britain-based war monitor relies on a network of sources inside Syria and says it determines whose planes carry out raids according to type, location, flight patterns and munitions used.
Russia has been carrying out air strikes in support of President Bashar Al Assad's government since 2015.
Idlib province is one of four regions of Syria which are supposed to be safe areas under a deal agreed by Russia, Iran, and rebel backer Turkey in May.
Maarshurin is jointly controlled by Hayat Tahrir Al Sham, a rebel alliance dominated by Al Qaeda's former Syria affiliate, which is not covered by the deal.